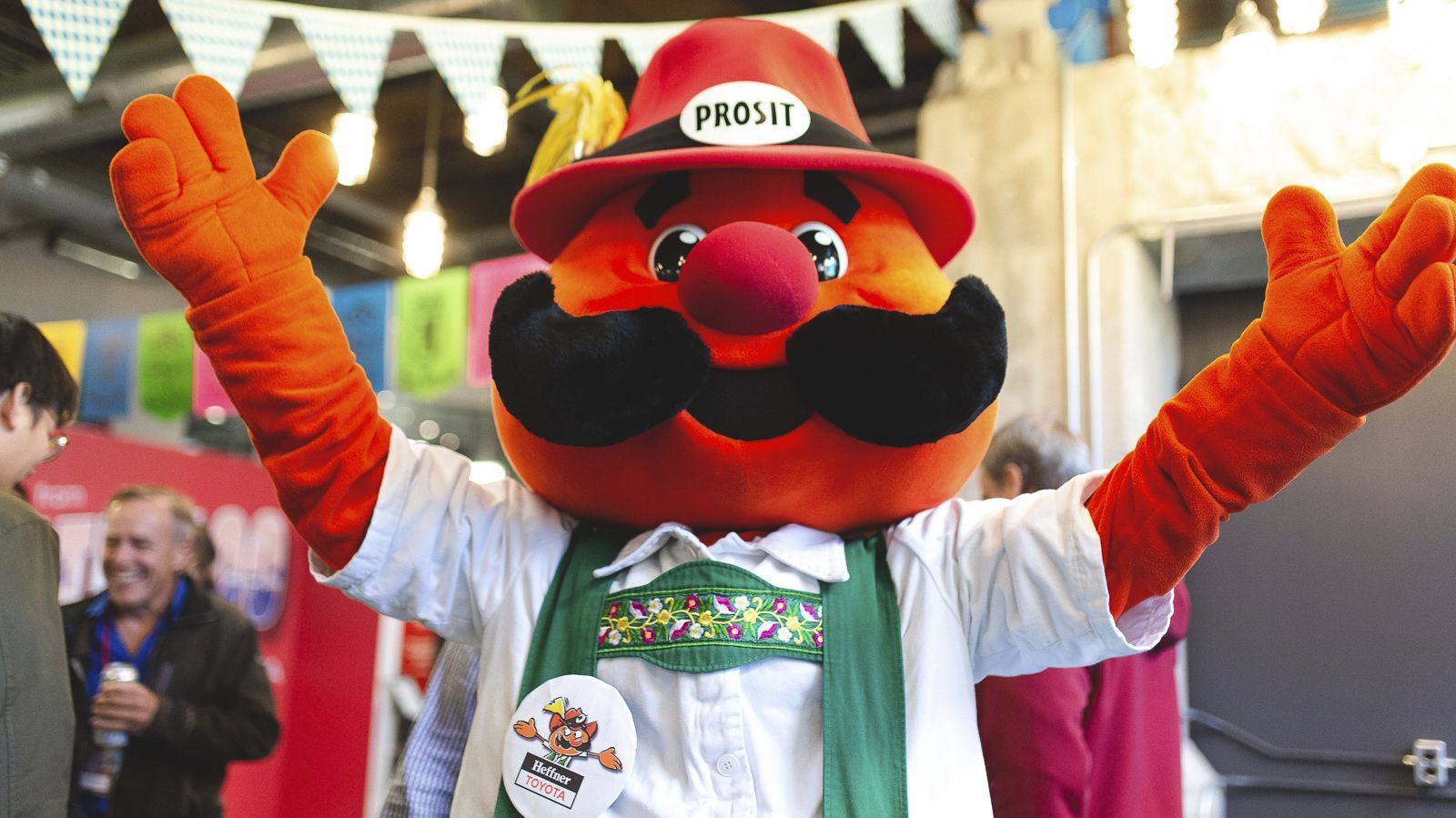 There was plenty of sausage, beer and Gemütlichkeit as Communitech opened its doors for Techtoberfest – a celebration of Canada’s tech community and Waterloo Region’s German heritage.

Nearly 500 visitors toured the Communitech Hub in downtown Kitchener while more than 45 investors came out for a pitch session with startup founders.

The highlight of the afternoon was the unveiling of 26 new members of Communitech’s Team True North – a roster of privately owned Canadian tech companies that have the highest probability of reaching $1 billion in revenue based on verified data.

The announcement attracted loads of media coverage, including a story in the Financial Post.

For a visual taste of the Techtoberfest spirit, check out this photo spread.

A week before Techtoberfest, the Minister responsible for the Federal Economic Development Agency for Southern Ontario visited Communitech with a celebratory message of her own.

“All of us here today understand how vital the tech sector is to the economic prosperity of our region and our nation,” said Filomena Tassi. “Together we are positioning Canada as a leader in digital technology.”

The current challenges affecting the global tech sector are real, but so are the success stories that keep rising above the storm.

Investment tracker Briefed.in, which Communitech acquired this past summer, reported that Canadian tech saw fewer deals in the first three quarters than in any similar period since 2019. Yet the total dollars invested so far this year – more than $8 billion and counting – exceeds the total invested in all of 2019 ($5 billion) and 2020 ($4.4 billion).

One such example is Waterloo-based video-game creator Odyssey Interactive, which announced a US$19-million series A round that will help the two-year-old startup finalize an updated version of its debut game, Omega Strikers.

With falling valuations and the reduced availability of equity investment, venture debt is being seen in a new light. The Canadian Press published an interesting story on the topic, quoting Communitech CEO Chris Albinson, among others.

Other wins of note include a pair of acquisitions by network-management company Auvik. Waterloo-based Auvik says the two companies – Saaslio and Boardgent – will expand its ability to help managed-service providers and internal IT departments manage the end-user experience, regardless of location and which applications are being used.

While many in the tech world are focused on getting through the short term, Kitchener-based Voltera Inc. is thinking big with a new circuit-board printer that it says will transform the electronics industry.

Voltera’s NOVA printer enables circuit-board designers to “print anything on everything,” including circuit boards on soft, flexible materials such as film, paper, clothing and biomaterials.

Meanwhile, Google plans to expand the “real world” testing of its AR prototype eyeglasses to Canada, specifically in Waterloo and Toronto. The small-scale tests will involve a number of selected “Googlers” wearing the eyeglasses in everyday settings.

Google says the prototype glasses feature an in-lens display. Some of the functionality allows wearers to translate language (from a restaurant menu, perhaps) and find directions (to a nearby coffee shop, for example).

A groundbreaking Canadian health-care innovation strategy was unveiled at the annual general meeting of the Coordinated Accessible National Health Network (CAN Health).

A year ago, CAN Health partnered with Communitech to overcome the systemic barriers that prevent Canadian hospitals from buying innovative Canadian-made products. Earlier this year, the federal government announced a $30-million investment to help the two partners expand an integrated market approach to helping hospitals, health authorities and private clinics identify their biggest challenges and match them with Canadian technology solutions.

“Our strategic vision will fuel the network as we continue to expand our model across the country and help a greater number of Canadian innovators break into our health-care market and scale,” CAN Health Chair Dr. Dante Morra told the 250 tech leaders, health-care professionals and government officials who participated in the AGM.

The place to be

Another two organizations have chosen the Communitech Hub in Kitchener to set up a presence.

Massachusetts-based Constant Contact, a digital-marketing platform, has established an innovation lab for advanced research and product development in areas such as AI and machine learning.

“We chose the Waterloo-Toronto region for this expansion because it is Canada’s leading technology ecosystem and one of the most innovative corridors in North America,” said company CEO Frank Vella.

Kitchener-based Conestoga College has also opened a space in the Communitech Hub. It will serve as a satellite location for the Conestoga Entrepreneurship Collective, enabling startup founders to access programming offered by both the collective and by Communitech.

Downhill skiing is a pretty good analogy for talking about the ups and downs of economic cycles. Just ask avid skier and veteran CEO Judi Hess.

Tech News caught up with the chief executive of Copperleaf Technologies for the first in a new profile series on Canadian tech leaders.

During her 13 years at the helm, Hess grew Copperleaf from a 29-person startup with less than $1 million in revenue to a publicly traded company with more than 400 employees, a global roster of marquee customers and steadily growing revenue.

As she prepares to hand off the CEO reins in January, Hess reflects on the importance of securing the short term, sticking to your long-term strategy and striking a balance between working hard and enjoying your life outside the office.

You’ve got something to say or sell… but how do you get people to listen? M-theory columnist Melanie Baker provides some insights into how to get your audience to listen – and care – about whatever it is you have to announce.

In a related column, Baker gets more specific with a look at using social media to communicate your messages – and how to keep those messages fresh and appropriate the longer your audience relationship lasts.

Sign up to receive the Roundup each month by visiting communitech.ca/technews and scrolling to the bottom of the page.