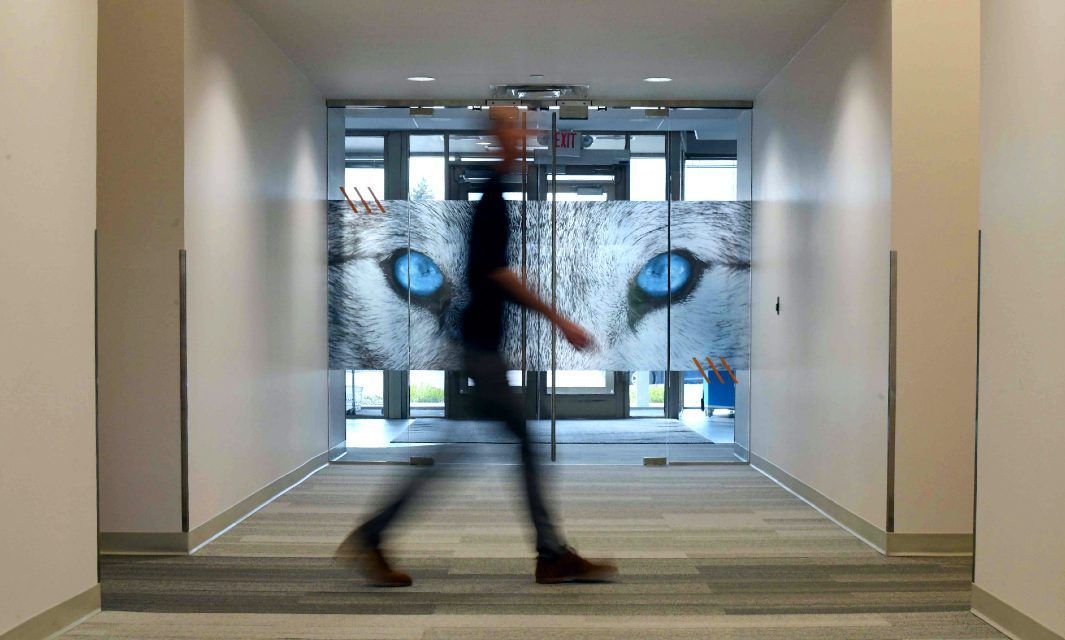 Arctic Wolf Networks, which has a large operation in Waterloo, has grown rapidly since its launch in 2012. ( Photo courtesy of Arctic Wolf. )

Cybersecurity company Arctic Wolf, which operates a large facility in Waterloo, has closed a debt financing round of US$401 million that will help support its rapid growth.

Fuelled by skyrocketing demand for network security, Arctic Wolf said it has doubled its workforce over the past year while expanding into new global markets in various European and Nordic countries, as well as South Africa and an upcoming launch into the Asia Pacific region.

The company, headquartered in Eden Prairie, Minn., recently opened a new base in Newcastle, U.K. to oversee its operations in Europe, the Middle East and Africa. As well, it recently established its first European security operations centre (SOC) in Frankfurt, Germany.

“This latest investment is a testament to our opportunity to unify the market at hand through our security operations platform, while solving the ever-present cyber talent crisis,” Nick Schneider, Arctic Wolf’s President and CEO, said in a news release. “We are excited to leverage this latest financing round to continue our hyper-growth journey.”

Some capital providers have been pitching convertible debt deals recently as an alternative to traditional equity investment, which has become harder to come by in the current economic climate.

“We evaluated a number of different options, including a traditional equity raise, but this was the best for Arctic Wolf, for our stage of hyper growth,” Schneider told Tech News via email.

Arctic Wolf has raised a total of US$900 million – US$499 million of that in venture capital – over the course of its 10-year history, according to TechCrunch. In June 2021, when it announced a US$150-million Series F raise, the company was valued at US$4.3 billion.

In the past 12 months, Arctic Wolf has increased its workforce to more than 2,000 worldwide. The company now has more than 400 employees in Canada, with most of those attached to its security operations centre in Waterloo. Arctic Wolf said it plans to continue hiring across Canada over the coming year.

Arctic Wolf was co-founded in 2012 by Brian NeSmith and Kim Tremblay, a University of Waterloo computer science graduate and veteran of the Waterloo Region tech sector, who retired from the company in 2020.

The company is a key player in Waterloo Region’s growing cybersecurity sector, which has roots in the pioneering cryptographic work of a former Second World War codebreaker, Bill Tutte, who joined the University of Waterloo in the 1960s.

A continued barrage of global cybersecurity attacks around the world, coupled with the remote-work trend sparked by the COVID-19 pandemic, has boosted the global market for cybersecurity services.

Arctic Wolf said it serves more than 3,000 customers ranging from large enterprises to small and mid-sized businesses. Its Security Operations Cloud platform processes more than 2.5 trillion security events per week, according to the company.

“Arctic Wolf addresses several of the key themes we see across the cybersecurity landscape: the challenge of monitoring and securing increasingly complex IT environments, the difficulty in keeping pace with sophisticated threat actors, the need to unify disparate and sprawling toolsets, and the major talent shortage in security,” said David Jar, Managing Director at Owl Rock. “We’re thrilled to deepen our relationship with the management team as they continue their relentless focus on customers and executing against the market opportunity.”

Kevin Crowley is a Staff Writer for Communitech News. He is a Michener-Award-winning former newspaper journalist with the Waterloo Region Record, and former Director of Communications and Public Affairs at Wilfrid Laurier University in Waterloo, Ont.
eSentire adds cybersecurity industry heavyweights to board of directors
News home
Ecopia AI named a Top Project for Canada's Clean50 2023