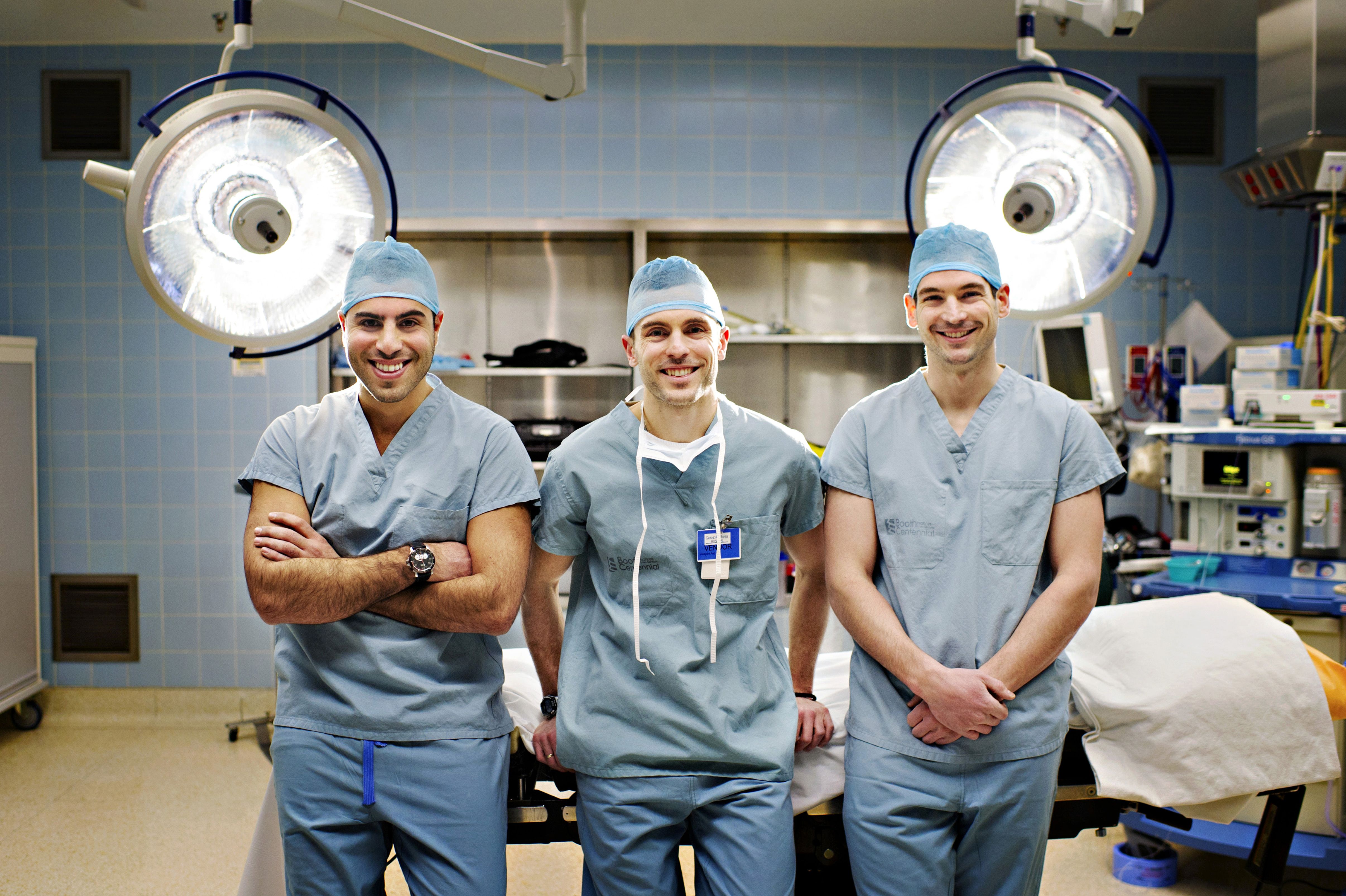 There’s a weather-related saying that goes like this: If March comes in like a lion, it goes out like a lamb. For the tech community, it seemed like the lion was roaring all month long.

One of the most interesting developments involved Kitchener-based Intellijoint Surgical, a medtech company launched by co-founder and CEO Armen Bakirtzian in 2010. The company announced the first sale of its Intellijoint HIP to a public hospital in Canada.

While the deal with Toronto’s Humber River Hospital was cause for celebration, a Globe and Mail story noted that Intellijoint’s hip-replacement technology is already used in about 15,000 procedures internationally each year. The story thus highlighted the difficulty Canadian medtech companies encounter when trying to sell their products to public health-care institutions here at home.

This procurement-access issue is one that Communitech is trying to help solve through a partnership with the Coordinated Accessible National Health Network, known as CAN Health.

Education superstar ApplyBoard is on a roll.

First, the edtech unicorn announced a partnership with Big Five bank RBC to adapt ApplyBoard’s document-verification platform to help international students prove their ability to support themselves financially while studying in Canada.

A week later, the company announced its first acquisition – Panda Portal, a platform that helps independent recruiters learn more about the schools, colleges and universities they promote to international students.

And finally, founder and CEO Martin Basiri was the subject of a glowing profile in CanadianSME magazine.

Of unicorns and narwhals

The latest list of Canadian tech narwhals is out and several Waterloo Region companies have made the cut.

One of the newest additions is Axelar, a Waterloo-based blockchain interoperability network that raised US$35 million through a Series B round earlier this year and quietly joined the stable of Canadian unicorns with a valuation of $1 billion.

The folks who generate the Narwhal List define a narwhal as a fast-scaling tech company that shows signs of attaining “world class status” based on a set of common metrics. By the way, a narwhal can also be a unicorn, which explains why Waterloo’s ApplyBoard is back on the Narwhal List after first making the cut last year.

Another interesting factoid in the report: the number of Canadian unicorns jumped to 17 in 2021 from just three in 2020.

The fast-growing crypto world is gaining more mainstream attention, and Canadian players are banding together to make some noise.

A number of influential companies, including unicorns Dapper Labs and Wealthsimple, have launched a trade association called the Canadian Web3 Council (CW3). “The council's immediate priority is to advocate for a national strategy for cryptocurrency and digital assets,” the group said in a news release.

By the way, Waterloo Region has some deep ties to crypto and blockchain innovation.

The creator of Ethereum, Vitalik Buterin, studied computer science at the University of Waterloo before accepting a US$100,000 Thiel Foundation fellowship to pursue his crypto passion. (Time Magazine dubbed Buterin “the Prince of Crypto” in a fascinating cover story in its March 28-April 4 issue.)

As well, a significant amount of blockchain research is being conducted at UW, resulting in companies such as the newly minted unicorn Axelar (see narwhal item above).

Just a year after going public on the Toronto Stock Exchange, Vancouver-based Thinkific is laying off 20 per cent of its employees.

Co-founder and CEO Greg Smith announced March 29 that the cloud-software company was shedding 100 of its 499 employees to lower costs.

In an interview with BetaKit, Smith said the capital markets are changing and “it’s harder and harder for companies to raise money these days.”

A story in the Globe and Mail linked the cost-cutting to “a collapse in valuations across the sector in response to rising inflation and interest rates and geopolitical tensions stemming from Russia’s invasion of Ukraine."

Phoenix Fire is part of the Waterloo-based Archangel Network of Funds and is led by Managing Partner (and former Communitech staffer) Danielle Graham and TD Bank executive Claudette McGowan. The fund will invest between $100,000 and $250,000 in early-stage tech companies that have high-growth potential and the ability to scale globally.

Another event to mark International Women’s Day was a panel discussion hosted by the Waterloo Region chapter of Women in Communications and Technology. Moderated by Archangel’s Graham, the panel focused on angel investing and early-stage funding for businesses owned or founded by women.

Finding and retaining talent remains one of the biggest challenges for tech leaders.

Late in the month, the Globe and Mail ran a long feature on the topic. The Canadian Press also published a story, which included an interview with Deidre Falkiner of Kitchener-based EnPowered about “workations” – a twist on the remote-work phenomenon.

Communitech’s own Kyra Jones, Head of Talent and Academy, also sat down for a Q&A with the Canadian Chamber of Commerce on the subject of talent.

Just this past week, the Council of Canadian Innovators released a list of 13 recommendations to help ease the talent crunch for the country’s fastest-growing companies.

(Spoiler alert: Communitech’s editorial team has taken a deep dive into the talent issue over the past few months and will be publishing a series of insightful stories in the coming weeks on our Tech News pages.)

Meanwhile, Communitech columnist Alex Kinsella tells us about two local founders – Tobi Day-Hamilton of LAUNCH and Jeremy Hedges of InkSmith and the Canadian Shield – who are working together to bring digital-skills training to students across Canada.

Speaking of talent, the wider world continues to catch on to the rich pool of tech talent that resides in Canada.

The New York Times published a story in March about Toronto’s growing reputation as an international tech hub (a hub, we might point out, that extends out to Waterloo Region). A week later, Facebook and Meta Platforms founder Mark Zuckerberg announced plans to augment its existing Canadian presence (in Montreal and Toronto) with an engineering hub that could employ up to 2,500 tech workers, mostly in Toronto, the Toronto Star reported (with comments from Communitech’s Kyra Jones).

Meta joins tech giants who already have sizable operations in Canada, including Google, Twitter and Amazon.

The board-governed agency will provide clients with access to IP strategy advice, legal expertise and educational resources. The intent is to retain the commercial benefits of keeping innovation in the province.

Cyberattacks have been on the rise for years, but Russia’s invasion of Ukraine in February prompted cybersecurity companies to issue new warnings.

Waterloo-based eSentire combed through a trove of leaked documents that illuminated a parallel cyber-attack on Ukraine’s Western allies by a notorious Russian-based group known as the Conti Ransomware Gang.

The leaked information prompted eSentire to issue a warning that European and North American businesses, agencies and governments could face threats from cyber-gangsters who are not just after ransom, but revenge.

What role can tech innovators play in shaping the future of society and the places we live?

It was the topic of lively debate at a virtual event in March that attracted more than 400 participants from communities as diverse as Vancouver, Knoxville, Winnipeg, Atlanta, Montreal and Toronto.

The gathering was hosted by CityAge and the Future of Cities initiative, a collective led by Communitech that connects tech founders with industry partners and municipalities across Canada to reimagine the systems and processes that make our cities work.

The program is designed to support young people in developing job-ready skills by helping them explore issues around the theme of healthy cities.

With more companies welcoming employees back after two years of mostly remote work, Communitech columnist Melanie Baker reflects on how we reacquaint ourselves with working in in-person environments.

In another M-Theory column, Baker tackles the art of change – especially how we adapt when job duties change or when the work environment evolves into something you didn’t sign up for.

And in a third piece, Baker explores the term “startup” and draws a connection between mental health and the 24/7 nature of building a company during the early days.

Communitech’s Data Hub has moved from downtown Waterloo to join the rest of the Communitech gang at the Tannery building in Kitchener.

As Communitech told The Record, the move was prompted by the landlord’s decision to put the Waterloo building up for sale.

During its first five years of operation, the Data Hub worked with more than 50 data-focused startups, resulting in more than 400 jobs created, $5.9 million in incremental sales generated and the raising of $4.1 million in follow-on investment.

Innovation is where you find it. In Eric Blondeel’s case, it was while lying on a hospital gurney awaiting surgery.

What if I die on the table? he thought. Et voila, the idea for “the world’s first surgical accidental death insurance” was born.

Blondeel, who holds a PhD in chemical engineering from the University of Waterloo and is part of the Winter 2022 cohort at the famed California accelerator Y Combinator, launched Waterloo-based Samos Insurance to the Ontario market in March.

Grobo founder Bjorn Dawson has announced that the hydroponic company he launched in 2014 has shut down.

Dawson was studying mechanical engineering at the University of Waterloo when he created his first small, automated grow box for growing plants and vegetables indoors.

The future looked bright for Grobo with the legalization of cannabis in fall 2018. The company had 12 employees at the time and operated out of an 11,000-square-foot facility in Waterloo. However, Dawson posted on his LinkedIn page last week that “the journey with Grobo has unfortunately come to an end.”

Kevin Crowley is a Staff Writer for Communitech News. He is a Michener-Award-winning former newspaper journalist with the Waterloo Region Record, and former Director of Communications and Public Affairs at Wilfrid Laurier University in Waterloo, Ont.
Helping to deal with dirty data
News home
Christie appoints chairman and CEO Hideaki Onishi