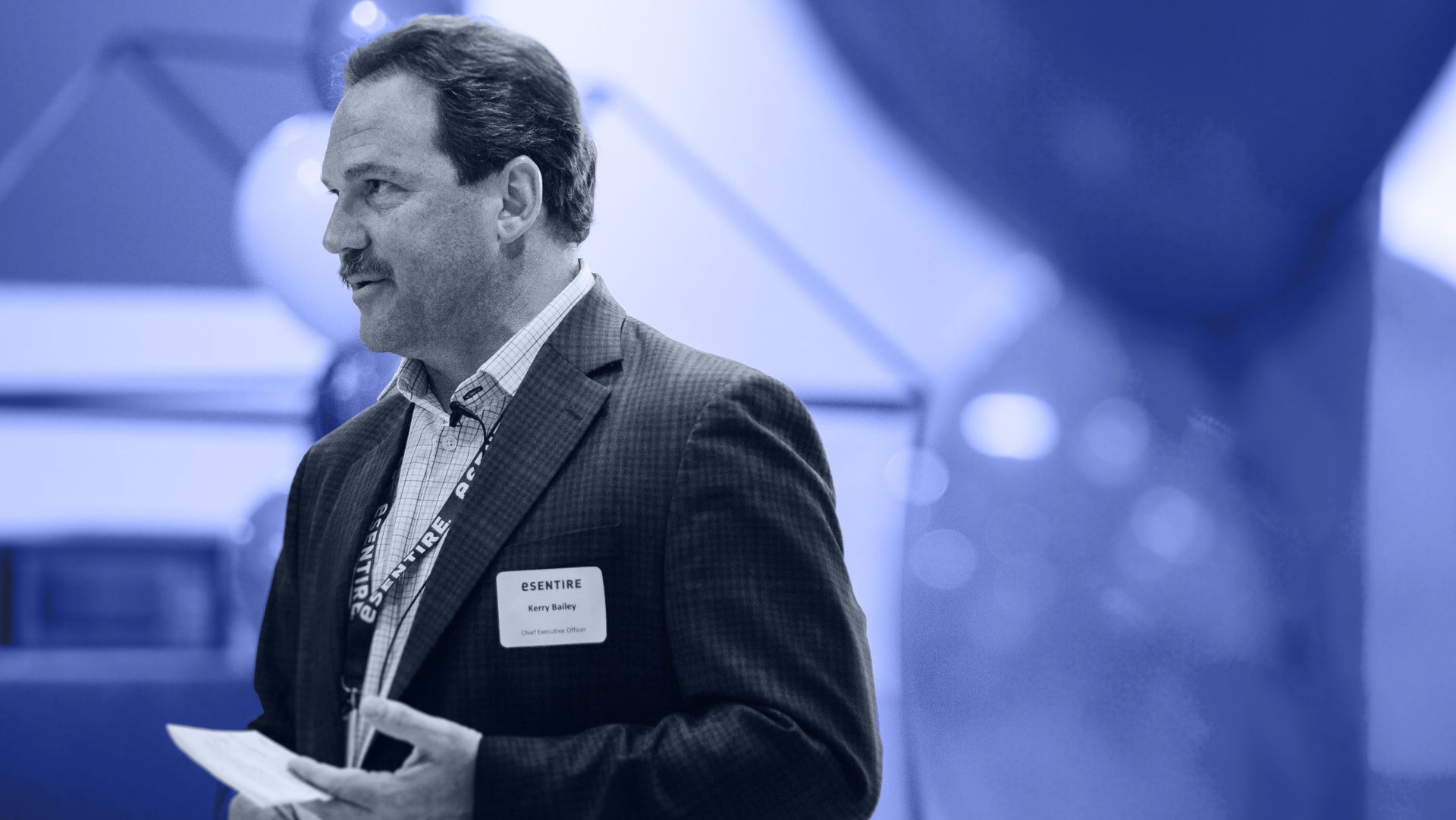 Kerry Bailey is the CEO of cybersecurity company eSentire. ( Photo courtesy of eSentire. )

Cybersecurity powerhouse eSentire Inc. has achieved unicorn status with a valuation of more than US$1 billion following a raise of US$325 million in new investment funding.

The Waterloo-based company also announced that it has surpassed US$100 million in annual recurring revenue, a major milestone for an organization that plans to scale its operations across Europe and the Asia-Pacific region.

Over the next 18 months, the company plans to invest significantly in research and development and hire more than 400 employees in all areas of the business, nearly doubling its workforce and bringing its global employee staff count to over 1,000 by mid-2023.

It is one of the largest players in Waterloo Region’s fast-growing cybersecurity cluster. Through its security operations centre, eSentire offers clients a managed threat detection service in an era where the COVID pandemic and the rise of remote work has accelerated cyber attacks to a near constant threat for all organizations.

The company’s funding announcement was made official today in the wake of media reports late last week. According to stories in both Bloomberg and the Globe and Mail, existing investor Warburg Pincus LLC sold some of its stake in eSentire to private capital firm Georgian of Toronto and to the Caisse de dépôt et placement du Québec (CDPQ), which manages several public pension plans and insurance programs in Quebec.

An eSentire news release provided few details about the deal itself, but did confirm that it “raised US$325 million in funding through a binding agreement with Georgian and Caisse de dépot et placement du Québec” and that Warburg Pincus remains an eSentire investor.

“We are excited to welcome CDPQ to Team eSentire and look forward to our continued partnerships with Georgian and Warburg Pincus,” said Kerry Bailey, eSentire’s Chief Executive Officer, eSentire.

Thomas Birch, Managing Director of Global Venture Capital and Technology for the CDPQ, noted the increased demand for cybersecurity products.

“eSentire’s solutions are more critical than ever for any organization, given the heightened risk environment characterized by sophisticated cybersecurity attacks, the global need for talented cyber experts and the accelerating digitalization of the workplace,” said Birch. “As a global technology investor, we are proud to support Team eSentire as they continue to revolutionize how organizations protect themselves with leading threat detection and response solutions.”

In surpassing a valuation of $1 billion, eSentire joins an exclusive club, one that includes only three others with roots in Waterloo Region: edtech firm ApplyBoard, fellow cybersecurity company Arctic Wolf Networks and wholesale marketplace Faire.

Kevin Crowley is a Staff Writer for Communitech News. He is a Michener-Award-winning former newspaper journalist with the Waterloo Region Record, and former Director of Communications and Public Affairs at Wilfrid Laurier University in Waterloo, Ont.
RouteThis raises CDN$25M Series A round
News home
Ringing a bell to celebrate a boom