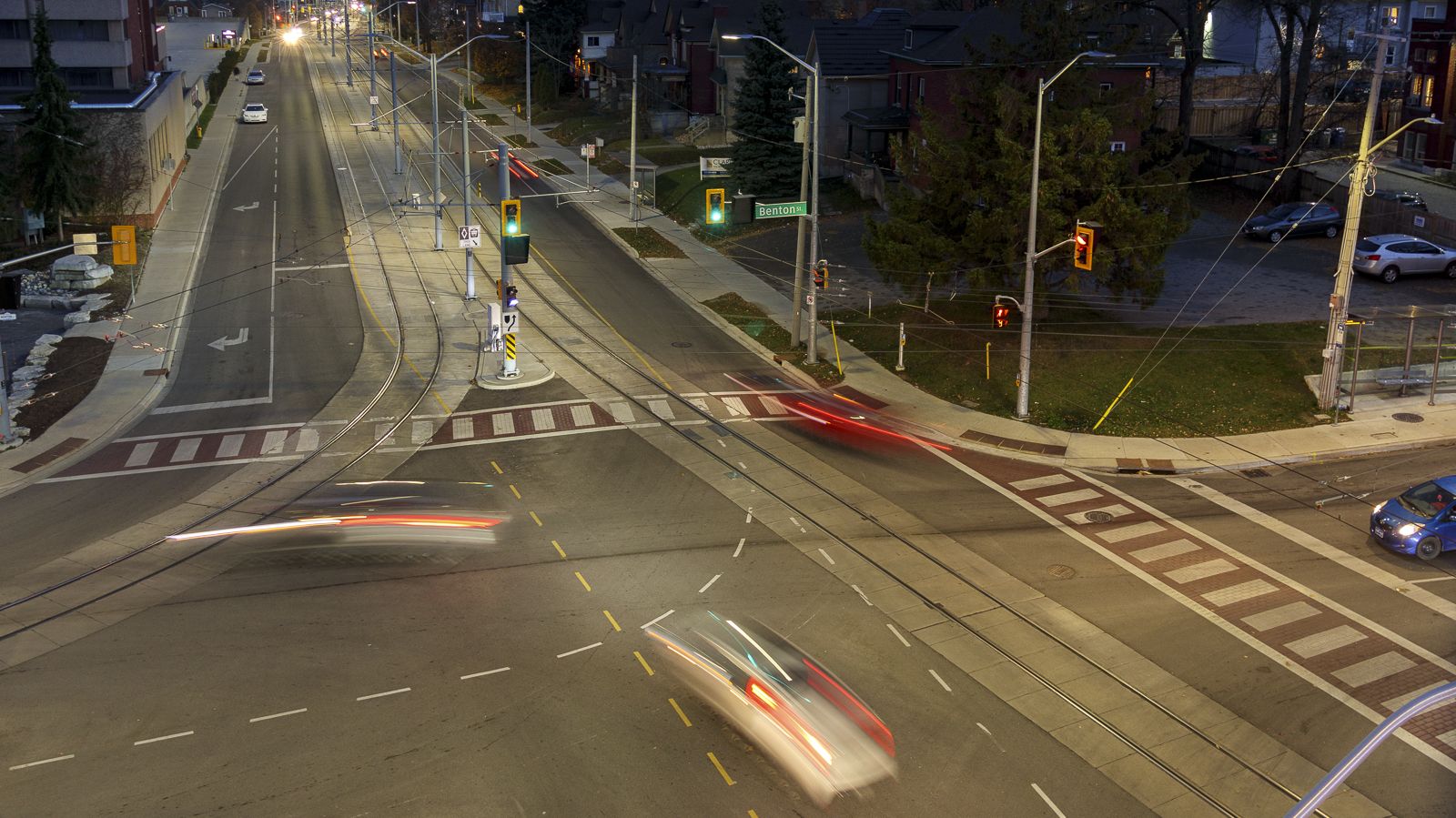 The use of technology – from video monitors to smart-car sensors and infrastructure design – can play a huge role in improving road safety and saving lives, a virtual conference that drew participants from across Canada and the United States heard today.

“Technology plays a starring role in all elements of a safe-systems approach,” said Laura Chace, President and CEO of the Intelligent Transportation Society of America. “I believe it's our responsibility to use all the tools we can, both technology tools as well as redesigning and re-engineering roadways, to get us to zero deaths.”

The international conference was organized by CityAge and sponsored by Communitech, which is working with the Ontario Vehicle Innovation Network (OVIN) and the University of Waterloo to help Ontario-based tech companies develop and deploy solutions that support “Vision Zero” goals.

Vision Zero is a way of thinking about creating safer roads by trying to reduce traffic fatalities and serious injuries to zero. The concept started in Sweden in 1997 and has become popular around the world. In Waterloo Region, the City of Kitchener has adopted a Vision Zero strategy and the regional municipality has launched a Safe Roads campaign with similar goals.

A key theme in today’s discussion was the role of data in making roadways and intersections safer.

A company called Advanced Mobility Analytics Group is developing a video-analytics interface that can extend a green light when it detects that a pedestrian might not complete a street crossing in the allotted time.

“We really see the need to get involved with real-time safety interventions,” said Mike Griffith, President of the company’s North American division. “We’re working on a number of different use cases where real-time interventions can happen, and I do think that’s really in the near future.”

In a similar example, smart-mobility company Iteris has developed a “predictive” video technology that can identify a vehicle that’s likely to run a red light and then change the traffic signals to stop other vehicles from entering the intersection.

“You can still enforce (the law) here, it’s still an infraction… but at the very least you have that real-time technology at the intersection that’s helping to avert crashes,” said Tiffany Symes, Senior Director of Product Development.

Data is also used to support better planning and design.

Miovision’s products provide traffic engineers with the data and video to develop a detailed understanding of individual intersections – what kinds of vehicles are using them, congestion patterns, pedestrian and cyclist usage, danger spots and how all these elements interact to affect traffic flows and safety.

Armed with this complete picture, traffic engineers can then adjust various controls such as traffic lights and intersection design to reduce congestion, improve safety and decrease harmful emissions.

In one real-life example, Rogerson said that Miovision’s technology is being used in Waterloo Region to review the assumptions that underpinned planning for the area’s new light-rail transit system. The resulting data can then be used to make adjustments based on how all the pieces – trains, vehicles, cyclists and pedestrians – are interacting.

In another presentation, Troy Simpson of Ecopia AI said the Ontario-based company is providing its satellite imagery service to public-sector clients who use the detailed maps to evaluate the safety and effectiveness of transportation infrastructure.

In one project, Ecopia AI is helping a Chicago-area public-sector client assemble an accurate inventory and understanding of how all the pieces of its transportation infrastructure – including parking lots and pedestrian walkways – connect and interact.

Jesse Coleman, Manager of Transportation Data and Analytics at the City of Toronto, said the increasing availability of traffic-related data has had a number of benefits, but the sheer volume of new data and technologies can be overwhelming for municipal governments.

“We’re just bombarded all the time with new technologies, new data sources, new vendors and, to be frank, oftentimes it kind of feels like technology looking for a problem,” he said. “So, again, our approach is you start with the problem and look for ways to evaluate the solutions that are out there, that can help us address that problem.”

Alex Pazuchanics, Head of Policy and Innovation for mobility data company Vianova, sympathized with Coleman’s point. He argued that the growing availability of data, and the concept of making data-driven decisions, is new to many government staff and elected officials.

“It’s the difference between making data-informed decisions and making data-driven decisions,” he said. “In many cases, government organizations haven’t necessarily had this availability of data… for making prioritization decisions or making funding decisions, and so to a certain extent it’s getting leadership, both elected and non-elected, comfortable with the process of being reliant and confident in data to make decisions.”

Kevin Crowley is a Staff Writer for Communitech News. He is a Michener-Award-winning former newspaper journalist with the Waterloo Region Record, and former Director of Communications and Public Affairs at Wilfrid Laurier University in Waterloo, Ont.
KA Imaging's Reveal 35C receives CE mark certificate
News home
‘Bigger than I ever expected’