View from the 'Loo: When Waterloo Region helps 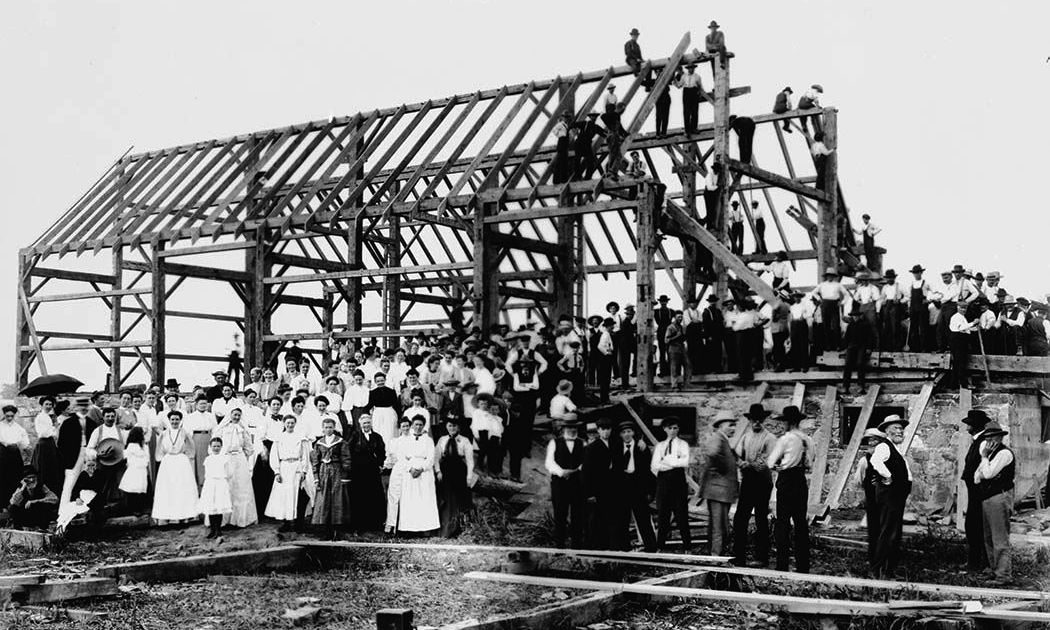 Waterloo Region's barn-raising ethos has been on full display in recent weeks, with the community rallying in the face of the COVID-19 pandemic.

For years, decades even, one of Waterloo Region’s most handy, effective and important calling cards has been its ability to rally in times of crisis or opportunity.

That Mennonite-bred, barn-raising ethos, if you will, has taken many forms over the years. From farmers coming together to invent a local insurance industry, making sure they and their families were protected from the uncertainties generated by their profession, to the collaborative “get sh!t done” spirit that has defined the local tech sector, this region has proven over and over again its willingness to extend a hand to a neighbour, knowing it not only was the right thing to do, but was the very thing that would make everyone stronger.

And here we are again.

It likely won’t come as a surprise that, as the COVID-19 health and economic crisis emerged, so too did scores of local people equipped with figurative hammers and nails, their sleeves rolled up and ready to get ‘er done.

There have been, literally, hundreds of them. Doctors, CEOs, HR professionals, politicians, public servants, all working behind the scenes.

In short order, as the virus grew in scope and magnitude, uncountable numbers of emails began flying back and forth, committees were stood up, chains of command established and expertise harnessed. And most of it done via home offices and video links.

“So if I had one word to describe it, it would be ‘amazing,’ and the second word would be ‘heartwarming,’” said CEO Ron Gagnon on Thursday morning, shortly before embarking on another day to fortify what is, and what will further become, one of the most important pillars in this community’s virus defence, namely Grand River Hospital.

Gagnon isn’t from the local area. He took the helm at Grand River in November of 2018 after 17 years heading up the main health centre in Sault Ste. Marie, Ont.

What he has witnessed so far, in terms of speed and breadth of local response to the COVID-19 challenge has, frankly, astonished him.

“I have never experienced this type of community spirit,” said Gagnon. “You know what? I'm actually at a loss for words as to how it makes me feel.

“And that doesn't make our work easy, because this is difficult work, but it definitely makes it easier.”

Local, cross-functional leadership – about 40 people in total – has emerged to head up five ad hoc “departments,” each of which are tackling key elements of Waterloo Region’s response and preparedness. There are representatives involved from the universities, public health, the Region of Waterloo itself, the LHIN, or Local Health Integration Network, private doctors and clinics and companies, including, as you’d expect, tech companies.

The work has already produced big wins. Approvals from Health Canada that would normally take 120 days have, in at least one case, been reduced to 24 hours in order to speed production of face shields – dubbed The Canadian Shield – for front-line workers by local company InkSmith. Another company, Trusscore, has already donated portable wall panels to Grand River to help the hospital separate potentially infectious patients and manage space.

Marshalling all that activity, Gagnon acknowledged, is a challenge in itself, but he says as the days have passed the co-ordination has grown stronger.

“The community, I think, is doing a really good job of trying to have one or two key point people,” he said. “I have daily calls [with] two of them. And I know they're having more discussions about how to streamline even more.”

Overall, the response has been, to paraphrase Gagnon, extraordinary – the full-on collaborative expertise of the region brought to bear virtually overnight and focused on one outcome – helping.

More has to happen, of course. There are signs that the full-on tsunami of infections – the region’s official number stands 58 cases, with an update due Friday at 10:30 a.m. – has yet to reach this region’s shores.

But when the water comes, sandbags will be in place to, hopefully, absorb the worst of the blow.

“I think the level of anxiety of our staff and physicians [at the hospital] is heightened for sure,” said Gagnon, and several steps have been taken to “free up capacity for what we forecast is to come, based on what’s being experienced in other parts of the world.”

Pressure? Yes. But pressure has a way of exposing and revealing in-kind weakness and strength. Once again, this region’s DNA is showing.

“[It’s been] inspiring,” said Miovison’s McBride. “That said, we need to maintain our vigilance and continue to ensure that capacity exists to support the crisis that is unfolding.

“We are likely only in the early innings of this.”

Craig Daniels is Communitech’s Senior Journalist from. A former sports writer, columnist and editor, he held previous positions at the Financial Post, Sun Media, the Globe and Mail and Postmedia.
Staying cyber-safe during a time of crisis
News home
More beds on the way for Waterloo Region's hospitals