View from the 'Loo: It's all about community 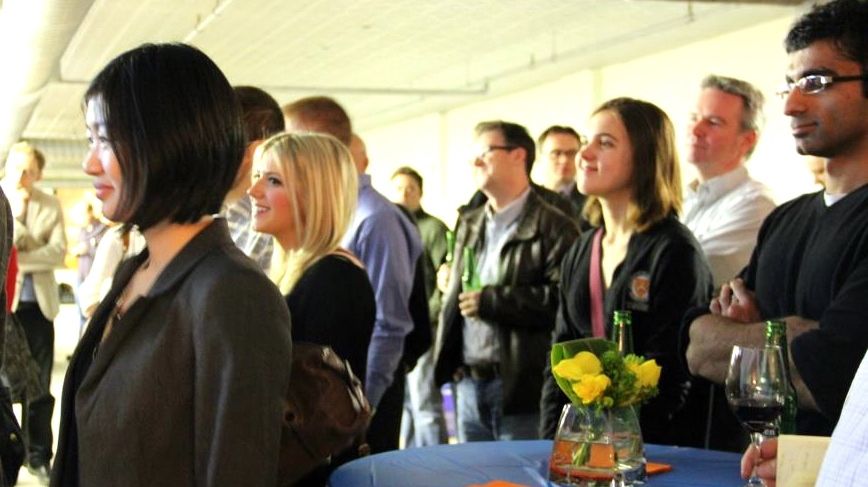 Welcome to View from the ‘Loo – and I don’t mean the bathrooms here at the Communitech Hub (though Brad Feld seemed happy enough with them).

The ‘Loo, of course, is short for Waterloo – as in Waterloo Region – and this new weekly post aims to illuminate issues and events relevant to our tech community.

I emphasize the word ‘community,’ because no sector of the economy can really flourish as an island. That’s especially true for the tech sector, whose success depends on connectivity and the ability to spot and solve real-world problems.

Yes, heads-down focus is crucial to the kind of entrepreneurial success that has put Waterloo Region on the map – not only as home to large companies like BlackBerry, OpenText and Desire2Learn, but to the hundreds of smaller ones that place us among the world’s top startup communities.

But heads-up awareness of the wider world is just as important, and this applies locally as well as globally.

That’s why last Thursday, as just one example, was such a great day.

It started at 6 a.m., when we reported that two-year-old Vidyard had raised a $6-million Series A investment round to accelerate the scaling of its Kitchener-based video hosting-and-analytics platform into a global leader in video marketing.

It continued a couple of hours later with news that Canadian Tire, the venerable retail chain, had taken up residence here in the Hub, where it will work with Communitech on innovative technologies to reboot its relationship with customers.

That afternoon, word came that Waterloo-based CrossChasm was in the finals of a U.S. competition sponsored by the White House, touting its product MyCarma, which helps motorists find the most fuel-efficient vehicles for their driving habits.

And then, in the evening, a diverse and energetic crowd turned out for Communitech Mic Nite in downtown Kitchener.

Thanks to the creative collaboration of the organizers, who included people from Communitech and the City of Kitchener, the event went beyond a mere startup pitch event for tech-industry insiders. It was also a showcase for local art, music, food and drink, and it drew everyone from venture capitalists, artists, entrepreneurs and politicians to top tech executives, property redevelopers, city officials and media people.

The result was a rich mix of conversations initiated, opinions expressed, ideas exchanged and networks broadened in potentially powerful and unexpected new ways.

For me, a fifth-generation Waterloo Region kid who grew up in Kitchener, moved to the big city and came back, the sense of energy in the room was all the more palpable for its location: on a vacant floor of an old building with an interesting history, smack in the heart of downtown core in the midst of reinventing itself.

As it turns out, the four-storey building at 117 King St. W., known as the Simpson Block, was built in 1895 as a furniture factory and retail store for William “Daddy” Simpson. He earned his nickname for helping put Berlin, as Kitchener was then known, on the map as the “Furniture City of Canada.”

My guess is that few Mic Nite attendees knew this bit of history as they moved about the sparse, yet-to-be-renovated expanse of the Simpson Block’s third floor – one level below the entire top floor that Vidyard will soon occupy as it works to put this community on the map, just like Daddy Simpson did.

Downstairs at ground level, meanwhile, the first new CBC station to open in Ontario in 35 years just began broadcasting a few weeks ago, linking our community to yet another national, and international, communication network. The station’s news guy, Mike McCulloch, was the MC for Mic Nite.

Also on the main floor, in the back, is Perimeter Development Corporation, the company that’s been overhauling the Simpson Block, along with Kitchener’s Breithaupt Block and other heritage properties in the region.

At the end of the night, as Perimeter partner Craig Beattie showed me around, we talked about the new energy coursing through the oldest parts of the region, and how once-forgotten places like the Simpson Block, Lang Tannery and Breithaupt buildings are thriving again because of it.

As I headed home, it struck me that none of what I’d seen that day – Vidyard’s big cross-border raise, Canadian Tire’s national reboot, CrossChasm’s U.S. news or Mic Nite’s local mash-up – would have happened if those involved hadn’t taken time out of their heads-down lives to consider the world around them.

If we can keep engaging with the world beyond our immediate spheres of activity, we won’t just thrive as a tech cluster, but as a more vibrant and interesting place to live.

And that’s the kind of ‘Loo I think we’d all like to view.

Anthony Reinhart is Communitech’s Editorial Director and a former newspaper journalist. He held staff writing positions at the Guelph Tribune, Waterloo Region Record and the Globe and Mail before leaving the Globe to join Communitech in 2011.
Building a better Canada: The Communitech perspective on the 2013 federal budget
News home
COPP Communications wraps up Ten for Ten program for non-profits