View from the 'Loo: How to help solve the UX talent crunch 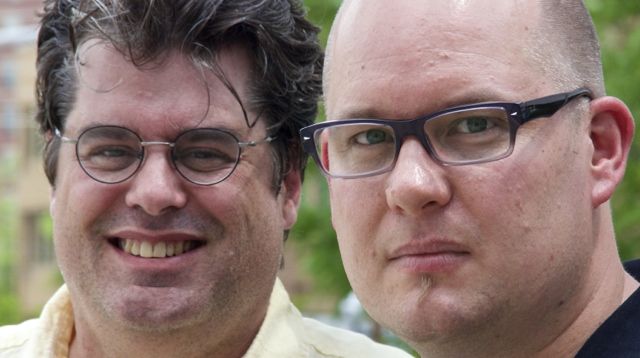 Photo: UX is the focus as Mark Connolly (left) and Bob Barlow-Busch host the third annual Fluxible conference this September.

Everyone agrees Waterloo Region’s tech sector needs more design talent, but few seem to realize they can actually do something about it.

Bob Barlow-Busch and Mark Connolly are among those few, and they’re trying to make themselves the many.

On September 13-14, for the third consecutive year, the two user-experience veterans will host Fluxible, a conference where rockstars of the UX world will share tips, tricks and wisdom with attendees.

A great way to do that, they say, is to sponsor Fluxible and/or send your employees to the conference (the fee is reduced if you book by June 30).

I sat down with the two founders this week to chat further about Fluxible and how our tech community can help itself by supporting it.

Q – How has the local UX scene evolved since the first Fluxible in 2012?

MC – If anything, I think the major change would be that companies understand that UX is valuable and is important to their products, even if they don’t necessarily know what UX means.

I mean, they understand that there’s a value there, but they don’t necessarily know how it gets expressed and how they can take advantage of it.

I’d say that, just as when we kicked this off two years ago, there are still a lot of companies in town looking for UX people; they’re still fairly hard to find in town, at least at anything outside of a junior level.

So, in that sense, the landscape hasn’t particularly changed, but we always did this as a bit of a long-term goal.

One of our goals was to help address that issue by showing that there’s a vibrant design scene in town, and hopefully, attracting people from other regions to want to come here.

I think one of the other things that’s changed, though, is we are seeing a bit more activity in academic circles. The Stratford campus of UW is well under way now. It was just getting started three years ago.

They were one of our sponsors last year, and they sent 20 or 25 students, I think. So, it’s nice to see that program going.

And Conestoga College is now about to launch, in September, a program that is expanding outside of its traditional graphic design roots and embracing more UX-design type of work.

MC – They’re offering a new degree program and UX is explicitly part of it. They recognize, as Bob says, that the traditional graphic design program that they’ve done in the past, very successfully, needed to grow. That’s what they seem to be doing, which is fantastic.

Q – So UX is starting to integrate more deeply into the tech scene, as opposed to being this separate, weird thing that nobody knows about?

And also, it’s a bit of a trend. It’s not quite in the region, but Sheridan College [in Oakville] now offers an interaction design degree, which is fantastic. That’s right in the core for what UX people need.

That’s really encouraging, because we really need our local universities and colleges to be offering courses that target this need.

It’s one of the key ways that we’re going to really build the community and the capacity for talent in the region.

Q – Why is it important for our local tech sector to engage with this conference, from both an attendee and sponsorship perspective?

MC – From an attendee perspective, if they’ve got people on their teams who are either doing design or research from a UX perspective, or even if they’ve got dedicated people in those roles but are relying on, say, front-end developers, it’s an opportunity for those employees to learn more about UX and pick up new skills that they can apply to projects.

BBB – I mentored with the HYPERDRIVE program for quite a long time, and from a sponsorship perspective, I think almost every company in town that I talk to recognizes how important good design is to their success right now.

Everyone recognizes this is really important; that we have to have a very well-designed product; that UX is important.

But there’s an opportunity right now for us to build this capacity in the region. We need to have a strong community of product designers and UX folks in town.

We’re great on the technology side, but we’re really, really light on the design and UX side, which is obviously one of the goals for us doing this.

So, as a sponsor, if it’s important to your business – and everyone’s saying it is – then this is about helping yourself; it’s about helping the region.

It’s just so critical. If this doesn’t fly, it just means that we’re not likely to have a very strong community, and it will always remain a struggle to find the people to help you make awesome products.

MC – It’s making a statement about where you are as a company.

Are you just building a technology, or are you building products where the user experience is an important part of their success?

By sponsoring something like this, you’re saying, ‘This is important to our company,’ which might matter if you’re trying to attract new employees. But it also says that, ‘Beyond our own self-interest, we support the broader community, and we recognize that a rising tide lifts all boats; that UX in the community is good for us.’

BBB – It’s such a seller’s market right now. If you are a good UX designer, you have your pick of any number of jobs, so it’s very easy to see through a company who says they are interested and support UX.

Everyone knows they need to talk the talk, but are you actually walking the walk?

This is one of the ways that you can tangibly show the whole community that, ‘No, we actually do believe this is important, and we do support this activity.’

It is a strong reflection on you as a company about how seriously you take this, which goes a long way towards attracting the people you want.

Q – What is the biggest myth or misconception about UX that just won’t die?

MC – I think some of the bigger ones are dying.

The worst one in past years would have been that UX and design are something you could apply at the end of the product life cycle, and address any issues that way.

I think that, for the most part, is gone.

At some level, it’s been replaced by a newer one, where UX is seen as something that’s done by developers on the front end, and it’s almost synonymous with UI, and that’s not at all what UX is.

There’s a lot to it, and it’s beyond just a front-end developer creating a user interface.

BBB – I would just say that it’s quite common for people to see UX as being concerned with the how of product design; ‘How do we design it so that it’s a nice experience?’

Really, at its core, UX starts with an interest in why; ‘Why are we doing this product at all? What’s the reason for this?’

And for that reason, you’ll see increasingly that UX is working closely with product management and marketing, because those two groups share that same question. They need to talk about why this matters; why are we doing this at all; why should customers care.

It’s not just, ‘How do we design this screen?’ but ‘Why are we designing it to begin with?’

Q – Anything else to add?

BBB – I wouldn’t mind putting in a good word for the City of Kitchener. They’re one of our sponsors this year, and we’ve just been really impressed with how aware the city is of what we’re talking about here.

They’re really interested in design and UX, and that’s one of the reasons they’ve sponsored this. They get how important this is for the success of the region, and for helping to see the vision come true.

MC – They had already identified design as being strategically important to the city, and this fits right in with their interests.

Anthony Reinhart is Communitech’s Director of Editorial Strategy and senior staff writer. View from the ‘Loo is a weekly look at the issues, people and events that shape Waterloo Region’s technology sector.

Anthony Reinhart is Communitech’s Editorial Director and a former newspaper journalist. He held staff writing positions at the Guelph Tribune, Waterloo Region Record and the Globe and Mail before leaving the Globe to join Communitech in 2011.
On learning and the long game
News home
M-Theory: Welcome to the businesszone