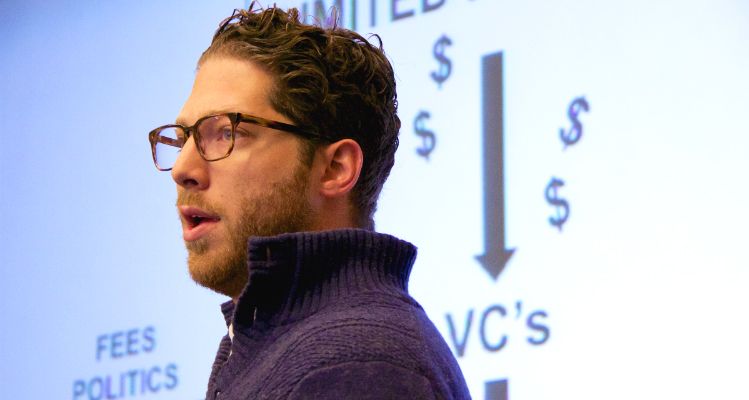 Vidyard took another giant leap forward today with news it has raised an $18-million funding round led by Bessemer Venture Partners, the venerable Silicon Valley firm that has backed LinkedIn, Pinterest, Shopify and other major successes.

The Series B round, joined by existing investors iNovia Capital, OMERS Ventures, Salesforce Ventures and SoftTech VC, will enable Vidyard to keep building on its lead in the fast-growing video marketing software space.

In the past year, the company continued to see 15 per cent month-over-month revenue growth and added hundreds of new customers to its platform, which enables companies to host videos, analyze their performance in real time and adjust marketing efforts accordingly.

Related: The inside story of Vidyard’s big raise

Demand for video marketing technology is soaring as businesses increasingly turn to the play button to woo customers. With Cisco estimating that video will account for 79 per cent of all web traffic by 2018, this represents huge market potential for companies like Vidyard.

For Waterloo Region, the new funding round not only means jobs – CEO Michael Litt expects to be leading a team of 150 within 18 months, up from about 60 today – but jobs that include highly specialized roles in sales and marketing, which the local tech ecosystem has traditionally lacked.

“There’s no question that it’s difficult to hire incredible sales talent in this area, at least in what we do, which is business-to-business, software-as-a-service sales, on a monthly deal cycle with high-velocity deal flow,” Litt said. “So, what we’re doing is developing a program to actually take new grads, and individuals with an interest in technology . . . and develop [them] into account executives focused on selling our technology over time.”

This, Litt said, will help build the sales talent pool not only for Vidyard, but for the rest of the local tech community, which faces the same problem.

Coincidentally, Vidyard’s funding announcement comes on the same day Communitech is announcing Rev, a new accelerator program designed to help startups with developed products to scale their revenue through sales.

Vidyard’s fresh capital infusion will also fuel continued recruitment of research and development talent, which Litt insists remains at the core of the company’s business.

“That YC mentality of building something people want is instilled in everything we do from the product perspective,” he added, referring to Y Combinator, the California accelerator Vidyard attended in 2011.

After establishing the company in the Tannery-based Communitech Hub and Velocity Garage, the two University of Waterloo grads moved their team into a nearby house in the fall of 2012, but outgrew it within a few months.

In the spring of 2013, Vidyard raised a $6 million Series A round and occupied the fourth floor of the Simpson Block, a historic former furniture plant on King Street in the heart of downtown Kitchener that also houses the local CBC radio station. Now bursting at the seams again, it has leased the building’s third floor to accommodate its expected growth to 150 staff.

Litt likened Vidyard’s relationship with Bessemer to an extended period of dating that played out over four years, during which other VCs presented term sheets to the young company.

In the end, Bessemer partner Byron Deeter succeeded in making a deal with Vidyard, despite his initial lack of familiarity with the Waterloo Region tech scene.

Litt said it took some doing to convince Deeter that Vidyard could secure the right talent here, but that he has since come to see the company’s location as one of its biggest strengths.

Research and development costs are made lower in Canada by programs such as the Scientific Research and Experimental Development (SR&ED) tax credit, and employee retention is high due to the strength of the Vidyard brand and culture.

“He changed his perspective on it,” Litt said, “and there’s enough money here from Silicon Valley and New York-based investors that others can look at deals here, and look at companies here, and say ‘OK, there’s obviously something going on there.’”

One thing holding the region back is that it has yet to offer up its next billion-dollar tech success after BlackBerry, but it’s getting closer by the day, with “D2L threatening to hit that level,” Litt said.

Asked if he intends to see the same outcome for Vidyard, he said, “I think we will be one of the companies that do that, for sure.”

Bessemer, he noted, “would not invest in a company like ours unless they had felt like it was going to be a multibillion-dollar outcome. The multiple just wouldn’t have been there . . .

“I think we’ll be there; it’s just a matter of how long it takes us and what unforeseen barriers lie in the way.”

Anthony Reinhart is Communitech’s Editorial Director and a former newspaper journalist. He held staff writing positions at the Guelph Tribune, Waterloo Region Record and the Globe and Mail before leaving the Globe to join Communitech in 2011.
Courting a Valley VC: Inside Vidyard's big raise
News home
Communitech launches Rev to accelerate sales for startups