The perfect place for creating a tech company' 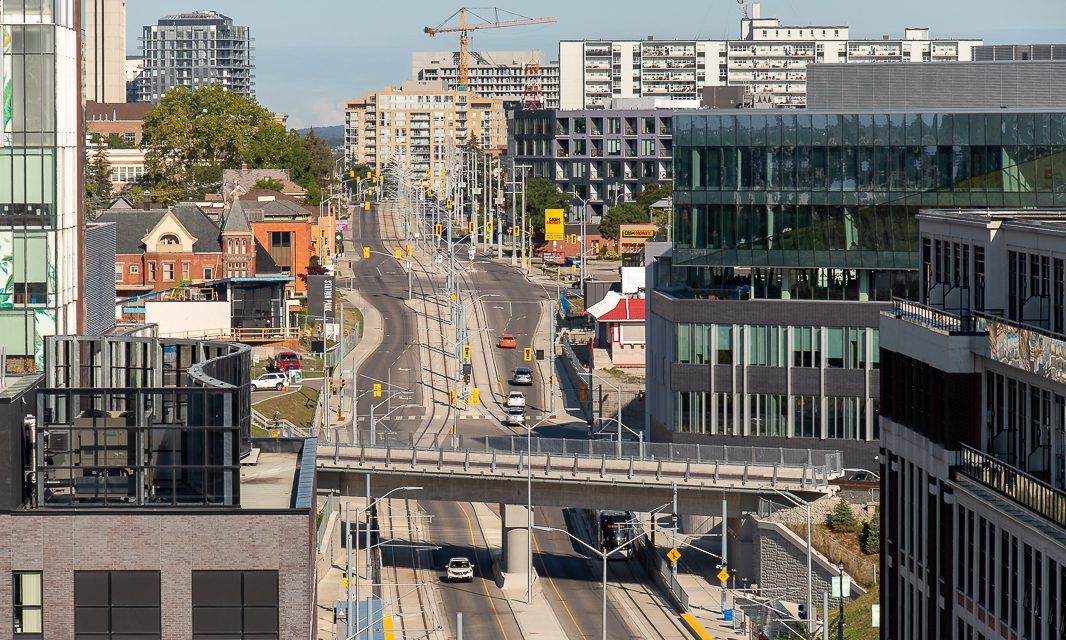 Count Martin Basiri, CEO and co-founder of ApplyBoard, among those who wasn’t surprised one lick last month when Waterloo Region emerged at the top of CBRE’s list of The Next 25 Markets.

Basiri, whose company rocketed into unicorn status last May with a CDN$100-million Series C fundraising round and entry into the realm of private companies with a valuation of $1 billion or better, has known for some time that Waterloo Region is onto a good thing. His Kitchener-based company is the proof.

“Waterloo Region is a perfect place for creating a tech company,” Basiri says, citing the availability of talent generated by three post-secondary institutions and a robust and diverse existing tech ecosystem.

CBRE is a global commercial real estate services and research firm. Each year it publishes a number of reports, including the North American Tech Talent ranking, the most recent version of which was issued July 15. There were a couple notable entries in the report: Toronto reached No. 4 in the ranking of North America’s Top 50 Tech Talent markets, and Waterloo Region earned the No. 1 spot overall in what CBRE calls its “Next 25” list, locations it defines as “up-and-coming” when ranked by a set of eight criteria, including tech employment, growth, wages and education.

“[Waterloo Region] is the perfect combination of a few things,” explains Kitchener-based CBRE Senior Vice-President Todd Cooney. “It has a deep pool of tech talent, affordable cost of living and creative leadership.

“And it’s the creative leadership that really puts us on the map, and allows for the region to shine on a global stage as a top tech hub and ecosystem.

“We can really compare [Waterloo Region] to all the major markets, because we can offer everything that they can.”

Like Basiri, Cooney says he’s not surprised by Waterloo Region’s ranking. In fact, he thinks Waterloo Region is a good deal more mature than the designation “up-and-coming” would suggest.

“We've been competing on a global stage for some time now,” says Cooney. “It's nice to get the number one recognition, but you know, I would argue that we’re not just up and coming, but that we've arrived.

“We've got an incredible infrastructure already in place. We've got global HQ's right in our backyard. And we've got some of the best secondary institutions not just in Canada, but in the world. And that's all driving an incredible little bubble that we're in, [here] in the Waterloo Region.”

The top up-and-coming ranking dovetails, according to Cooney and his colleague, Chris Kotseff, with Canada’s emergence as a destination for talent, a phenomenon that coincides with an anti-immigrant sentiment in the U.S. and the Trump administration’s recent suspension of H-1B visas for skilled immigrants.

“The political landscape in the U.S. is actually driving a huge advantage for tech companies here in Canada to attract top global talent,” says Cooney. “There’s no doubt about it. I think Waterloo has always been a welcoming region and, for us, it's all about top minds.

“Diversity is what sells us on the global stage. I think it's brilliant. Having an open-arm policy is a huge advantage for us.”
It’s an advantage that Basiri sees every day as his company fields applications from students looking to attend university in North America. ApplyBoard acts as a one-stop shop for university, college and high school applicants, helping students navigate visas and school acceptance. Canada, he says, is growing as a destination.

“Generally speaking, ever since 2016, we see a boost of interest in coming to Canada versus the United States from the students that [apply],” says Basiri. Trump was, not-so-coincidentally, elected in 2016.

Communitech recently launched a billboard and media campaign in the U.S., aiming to further entice north workers who are worried about their U.S. visa status. Their worry is being compounded by the difficulty the U.S. is having corralling the spread of COVID-19, particularly relative to Canada.

Cooney says that, too, will play to Canada’s – and Waterloo Region’s – favour in the coming year.

“I think it's important to note that we're navigating these waters a little bit better than most markets ... during this COVID-19 pandemic,” says Cooney, citing what he calls “the resiliency” of Waterloo Region.

Boiled down, Waterloo Region’s emergence atop CBRE’s list of The Next 25 Markets speaks, says Kotseff, another Kitchener-based CBRE Vice-President, to “a global play for high-tech workers.

“The U.S. is losing right now and Canada is winning. We're on that radar right now.”

Craig Daniels is Communitech’s Senior Journalist from. A former sports writer, columnist and editor, he held previous positions at the Financial Post, Sun Media, the Globe and Mail and Postmedia.
Mappedin's push for public safety
News home
Be a tourist in your own backyard