The biggest hack at Hack the North 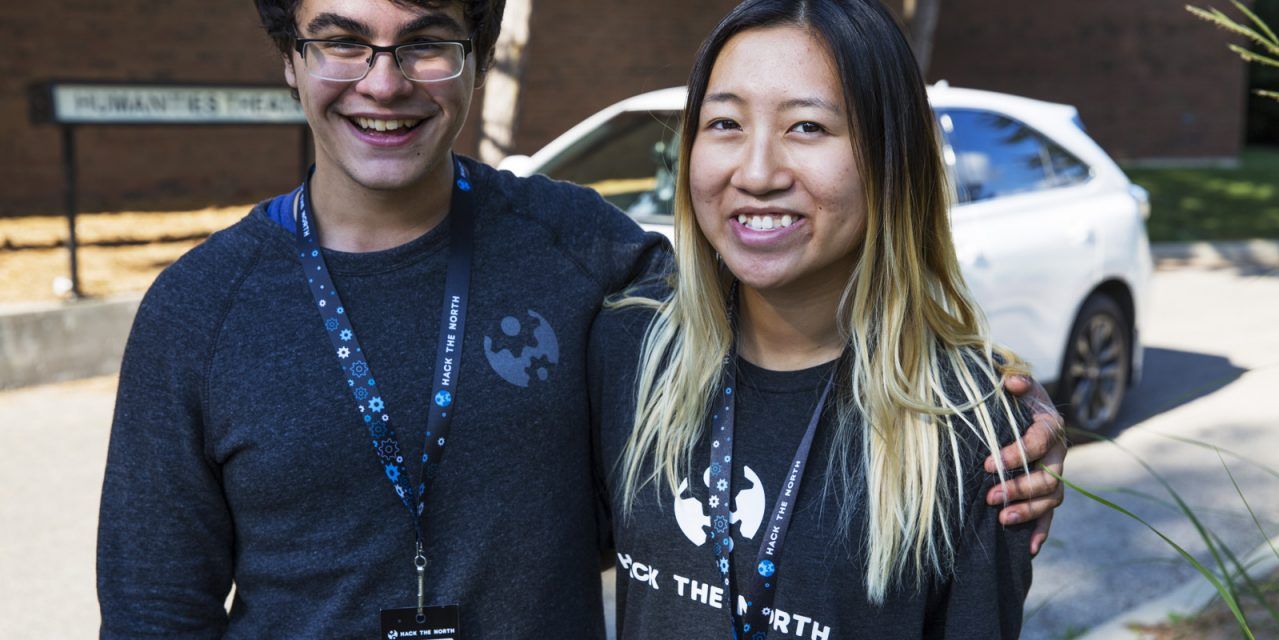 If the toughest hack at Hack the North is the event itself, the results this year were incredible 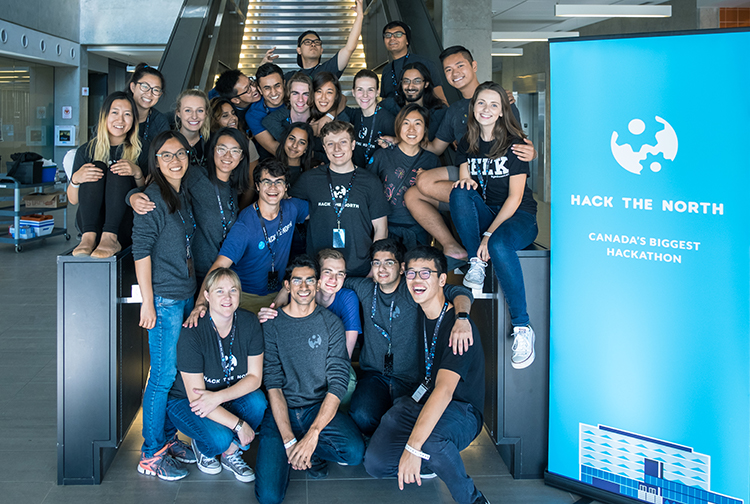 The Hack the North team.

This was the smoothest year yet for Hack the North, the massive, student-led event that’s been drawing 1,000 participants from around the world to the University of Waterloo for a weekend each September since 2014. And with blockbuster speaking guest Vinod Khosla on stage Friday night, the hacking skills of the organizing team clearly paid off.

When asked how the team convinced Khosla, co-founder of Sun Microsystems and one of Silicon Valley’s most influential investors, to come speak for free and travel out of his own pocket, Pereira says “honestly, it’s another hack.”

“I really think it’s the opportunity to talk to a thousand students who are using their weekend, their spare time, to work on a computer, to build something,” adds co-director Kaitlyn Yong. “It’s just really inspiring. Why wouldn’t you want to talk to these students?”

It’s true; in his speech, Khosla reiterated his happiness at being able to speak to the assembled hackers, for the opportunity to convince even one of them to do things differently. Anti-establishment firesides from the likes of Chamath Palihapitya and Alexis Ohanian are a tradition for Hack the North, and Khosla didn’t disappoint.


Along with big names, the hacks themselves were incredible this year. “Duo,” a pair of VR-guided, gesture-controlled arms:

“Bullshit Breaker,” a game that lets you break Donald Trump’s Tweets (scraped from his account using Twitter’s APIs and filtered by a sentiment analysis algorithm to determine bullshit) 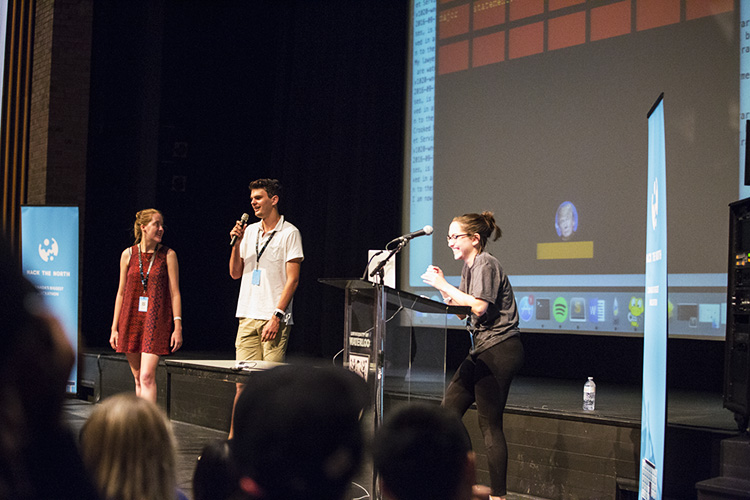 These are just a few of the incredible finalists.

Both Pereira and Yong are veterans of all three annual Hack the North events — Pereira a volunteer in his first year and Yong a hacker — and they get emotional talking about how glad they are to see the event grow since its launch in 2014.

“Personally, it really touches my heart,” says Yong. “I can remember two years ago I was literally in that seat, I was at closing ceremonies and I was just watching, thinking ‘Wow, I really want to be a part of organizing this event.’ So I’m really glad to be a part of it… to share that experience with other people.”

When I asked Yong if she had anything to add, she offered a PSA for any venue-owners interested in being a part of Hack the North’s future:

“The Engineering buildings, due to (the construction of) Engineering 7, might be unavailable next year, which is kind of a call for a venue. Hack the North 2017 is definitely still happening, but we need to find a better venue; somewhere that can hold more than 1,000 hackers.”

Scaling the summit: The Nimble Hippo at #WINS16
News home
Thalmic Labs announces largest funding round in a decade for Waterloo Region