Tell a story and build a community: Indiegogo’s Ayah Norris on crowdfunding 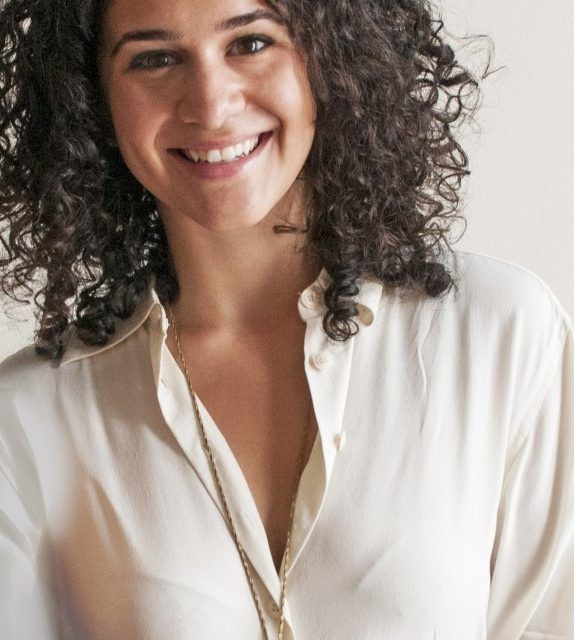 Ayah Norris is the marketing + community manager for Indiegogo, a crowdfunding platform that lets anyone, anywhere have the opportunity to raise money for a project.

We sat down with Norris prior to her keynote at Communitech’s Feb. 5 Titan Learning event. We chatted about her own successful crowdfunding campaign, asked her for some advice for entrepreneurs thinking about taking the crowdfunding leap and discussed what makes crowdfunding so appealing.

Q - How did you get into crowdfunding?

A - I dove into the world of storytelling. I have a digital storytelling project called The INSIGHT Project, and we hit a bunch of walls. It was our first time diving into production. We didn't have the traditional background in it. We weren’t eligible for grants, we couldn’t open doors for sponsorship and we couldn’t find investors.

And then our only option was to go straight to the people who we knew wanted to share these stories, who wanted them out in the world. So we launched a crowdfunding campaign. We ended up raising over $21,000. We hit our goal 20 days in.

When we launched our project, we already had a community behind it. We were able to get valuable feedback from them to strengthen our launch. So for all these experiences and more, I think it's the coolest thing ever.

After we launched our project, I was helping people with their crowd funding campaigns. Indiegogo was looking for someone on the ground in Canada. We started chatting this past summer and the rest is history.

We’ve seen a lot of growth in Canada. We’re beginning to see it replace seed funding as a round before people go to raise money with VCs.

A - We see a lot of campaigns where they did start with VCs. They knew they needed investments. They had great ideas and went to VCs and the VCs said, “No way, it's way too risky.”

You know Canary, one of our largest campaigns, they were knocking on doors all over New York and all over the Valley and they were hearing “no, no, no.” So they came to Indiegogo, and they ended up raising over $1.8 million. And all of the sudden VCs were a lot more interested.

And so, for people who are getting “no it’s too risky,” [crowdfunding] is a great equalizer to the market.

And what happens is the entrepreneur then goes to investors with much more leverage so they can negotiate much better terms, and the investor has more information so it’s less risky for them.

Q - Why do you think people are so excited to donate to a crowdfunding campaign?

A - It legitimizes the family and friend round. You know - the whole notion of crowdfunding is gamification: here’s the time, here’s the goal everyone needs to reach. As soon as someone opens their wallet and contributes, they become a part of your team. They feel like part of it. You are building a true community to rally together for the goal. So, you know, when people can see, “Yeah, I put in $200 and moved the needle on that bar,” people get the benefit of gamification that comes with it.

Q - When is the right time to launch a crowdfunding campaign?

A - For a tech company, you want to be at the point where you are ready for your first production run. You’ve got your prototyping done, you’ve got your pricing laid out, you know where your suppliers are going to be, all that stuff.

It’s important for our campaigns to run on time. You want to be as ready as possible and know what those timelines are.

Q - What are people struggling with in crowdfunding campaigns?

A - If you are looking to run a campaign, it’s a full-time job to be doing the proper outreach, working with all your customers, answering all the questions, digital media, all that type of stuff. It’s a lot of work to do during a campaign.

I don’t want people disillusioned by it. I’d rather people know this going into campaigns - how much it’s going to take. And I hear from a lot of people that they would have done more to prepare in advance. Having a really compelling story, having really cool competitive perks, being really proactive in your outreach is what you need to do to have a really strong campaign. And the more you can do in advance, have everything planned out, then you have the time to deal with whatever comes your way.

Q - Are you seeing people who fail, take what you have offered them and come back and try to raise again?

A - Yes absolutely, and that’s an important part of crowdfunding. Do people want what you are building? We’ve definitely had campaigners who’ve set ambitious goals and they found out that maybe right now the interest isn’t there.

So if you’ve got a big raise and you end up with not very much, the idea is that maybe you go back to the drawing board. Maybe you keep your vision. Maybe if you raise a portion of your goal you go back and build a new model and say, “Hey, we heard you the first time. We’re bigger, we’re better.”

We’d rather people validate their idea in advance and learn from it and strengthen it and then go into the production run.

Q - Would you run a crowdfunding campaign again?

A - Yes. That’s the danger in working here. You get inspired every single day. You never run out of ideas.

People have a little bit of trepidation about doing a campaign. They’ve heard it’s a lot of work. And really, I tell people to look at all the benefits on the marketing and community-building and information-building sides.

The fun part is it’s all about people creating things together.

Tell a really compelling story. The entrepreneurs and creators should be present in the video explaining what it’s all about. People should understand all the ins and outs and feel really inspired by watching the video. Create compelling perks and offer early-bird pricing.

From what we see, the first 20 to 30 per cent of funds raised tend to be from people’s own networks; from family and friends, early advocates, early customers. Get them interested and on email lists.

You want to be aware that you built a community behind you. People have taken a risk. This isn’t Amazon where the product comes a week later in the mail. It’s a little bit more risky, but people want to be a part of creating it.