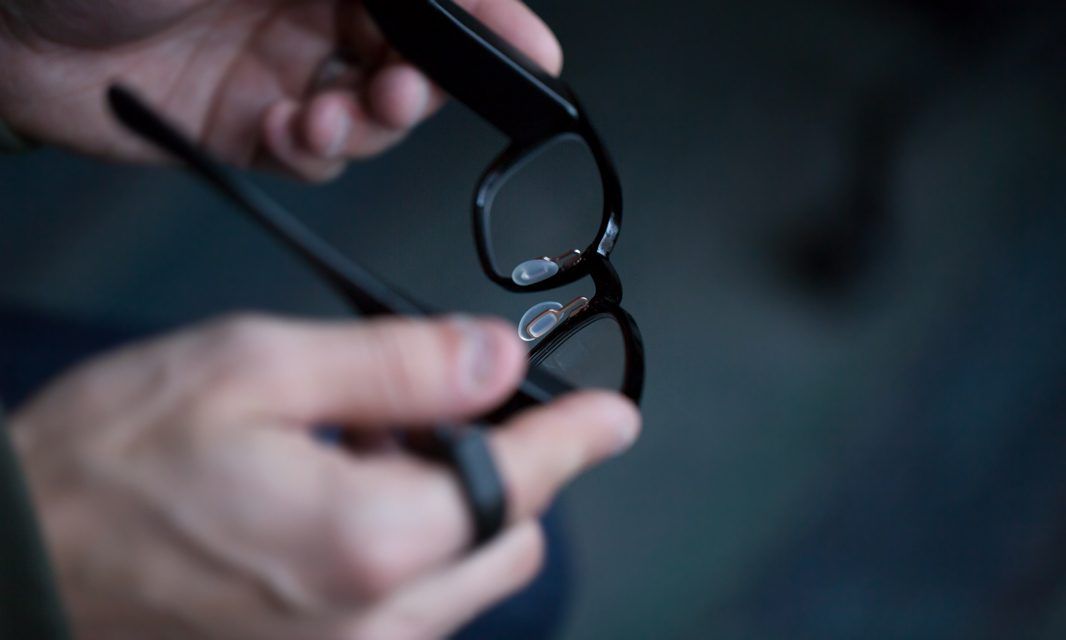 June closed with some blockbuster news for the Waterloo Region tech community: Google announced, on the eve of Canada Day, that it had acquired North (formerly Thalmic Labs), arguably the most audacious startup to emerge locally in the past decade. Based on a vision that personal technology should blend seamlessly into everyday life, North launched as a wearables company in 2012 and soon introduced Myo, an armband that enabled the user to control a computer with gestures. It then shifted to smart eyeglasses called Focals, a more fashionable and sleeker take on Google Glass and other offerings. “Over the last while, it became clear that aligning with Google would significantly advance our shared vision” North co-founders Stephen Lake, Matthew Bailey and Aaron Grant wrote in a blog post. “This acquisition is a terrific fit for North and, importantly, we’re staying here in Kitchener-Waterloo. We’re proud to have grown our company in the Kitchener-Waterloo region and are thankful for the tremendous support we’ve received from the community. We are looking forward to remaining in the region with Google.” Financial and other details of the acquisition, such as the number of North employees who will move to Google, were not disclosed.

Google’s already sizable Waterloo Region operation, home to the company’s Canadian engineering headquarters, was already in the midst of expansion when the North acquisition was announced. That local expansion includes the new Google for Startups Accelerator, which will be held virtually in September, as will the related Google for Startups Accelerator for Women Founders, which the company unveiled in a Communitech News post.

Growth amid a pandemic

Shoots of growth in the midst of the COVID-19 outbreak could be seen throughout the tech community in June. To kick off the month, Clearpath Robotics’ OTTO Motors division announced it had raised a US$29-million Series C investment round in response to a pandemic-related spike in demand for its autonomous mobile robots used in factories and warehouses.

Clearpath’s raise was among several involving Communitech member companies. Cyclica, a Toronto biotech company whose AI-augmented platform helps with drug discovery, raised CDN$23 million in Series B financing. Humi, an alumnus of Communitech’s Rev accelerator that makes HR, payroll and benefits software, announced a CDN$15-million Series A round. And ThinkData Works, which took part in the first cohort of the Communitech-hosted ODX Ventures program back in 2017, raised a Series A round of CDN$8 million.

Vidyard, whose video platform serves business customers, reported 90-day growth of more than 400 per cent in video views and new-customer sign-ups, as companies sent employees home to work remotely during the pandemic. (The company was also named one of Canada’s top small and medium employers for 2020 last month.)

In other COVID-related developments, Waterloo Region’s Cloud DX, which builds technology to monitor people’s vital signs, announced partnerships with two of Canada’s five federally funded superclusters during June. It will receive $1.75 million from the advanced manufacturing supercluster to develop a system to monitor COVID-19 patients sent home from hospital, and it partnered with the B.C.-based digital technology supercluster on a related project.

The Canadian Digital Service and Ontario Digital Service, both of which operate innovation labs at Communitech, each played a role in the development of a soon-to-be-released COVID-19 contact-tracing app, with support from Shopify and BlackBerry.

The local tech community was also active in June helping the broader community deal with the pandemic. In a major announcement on June 11 involving the provincial and federal governments, Communitech was tapped to help deliver Digital Main Street programming across Ontario as part of a $57-million investment in helping businesses make better use of digital tools.

This, Too, Will Pass, a charity fundraising drive led by Communitech that we told you about in last month’s Roundup, ended on a high note, with $208,858 going to seven local agencies.

On that front, Communitech convened a discussion early in the month in which companies were advised to adopt hospital-like approaches to infection control as they reopen to workers.

A call for change

Speaking of the broader community, June saw a massive, global resurgence of the Black Lives Matter movement in the wake of the death of George Floyd at the hands of police in Minneapolis, MN. In the tech community, these events led to steps that included the launch of a new anti-racism initiative called the Coalition of Innovation Leaders Against Racism, as well as an expansion of the Black Innovation Fellowship at The DMZ, an accelerator based at Toronto’s Ryerson University.

In Waterloo Region, which saw one of Canada’s largest public demonstrations in solidarity with Black Lives Matter, Communitech CEO Iain Klugman conducted video interviews with two key people at the heart of the issue: Laura Mae Lindo, Kitchener Centre MPP and NDP anti-racism critic; and Bryan Larkin, Chief of the Waterloo Regional Police Service. The interviews were part of True North TV, a weekly series on YouTube that will stand in this year for Communitech’s annual True North Festival, a gathering based on the theme of “tech for good.” The summer-long video series kicked off earlier last month with John Seely Brown, former chief scientist at Xerox Corporation and the director of its famed Palo Alto Research Centre, or PARC, who spoke to the importance of keeping people at the centre of technological development.

A lack of diversity in hiring has long been cited as an issue in the tech industry, where unconscious bias can lead company founders to favour candidates who look like themselves. Communitech News contributor Melanie Baker took a look at the issue in a column.

Tech for good as a way to differentiate Canada’s tech industry globally was the focus of a long read in the MIT Technology Review, which featured interviews with Communitech CEO Iain Klugman among other tech leaders.

The topic of Canada as a destination for top tech talent, meanwhile, returned to the fore in June when U.S. President Donald Trump issued an executive order suspending new work visas for immigrants to that country, including the H-1B visa typically issued to high-skilled tech workers. The move was seen as a potential bonanza for Canadian tech firms competing for a limited pool of employees.

Continuing to lead by example on the tech-for-good front in June was Jim Estill, the serial entrepreneur, philanthropist and CEO of Guelph-based appliance maker Danby. Estill delivered a virtual talk about the importance of implementation – and not just ideas – as part of Communitech’s ongoing Pizza with the Prez series. In response to COVID-19, Estill co-founded Ventilators for Canadians, a consortium that rallied to build life-sustaining equipment. Baylis Medical, a member of the consortium, received Health Canada approval for its V4C-560 ventilator in June.

This edition of the Tech Roundup compiled by Anthony Reinhart.