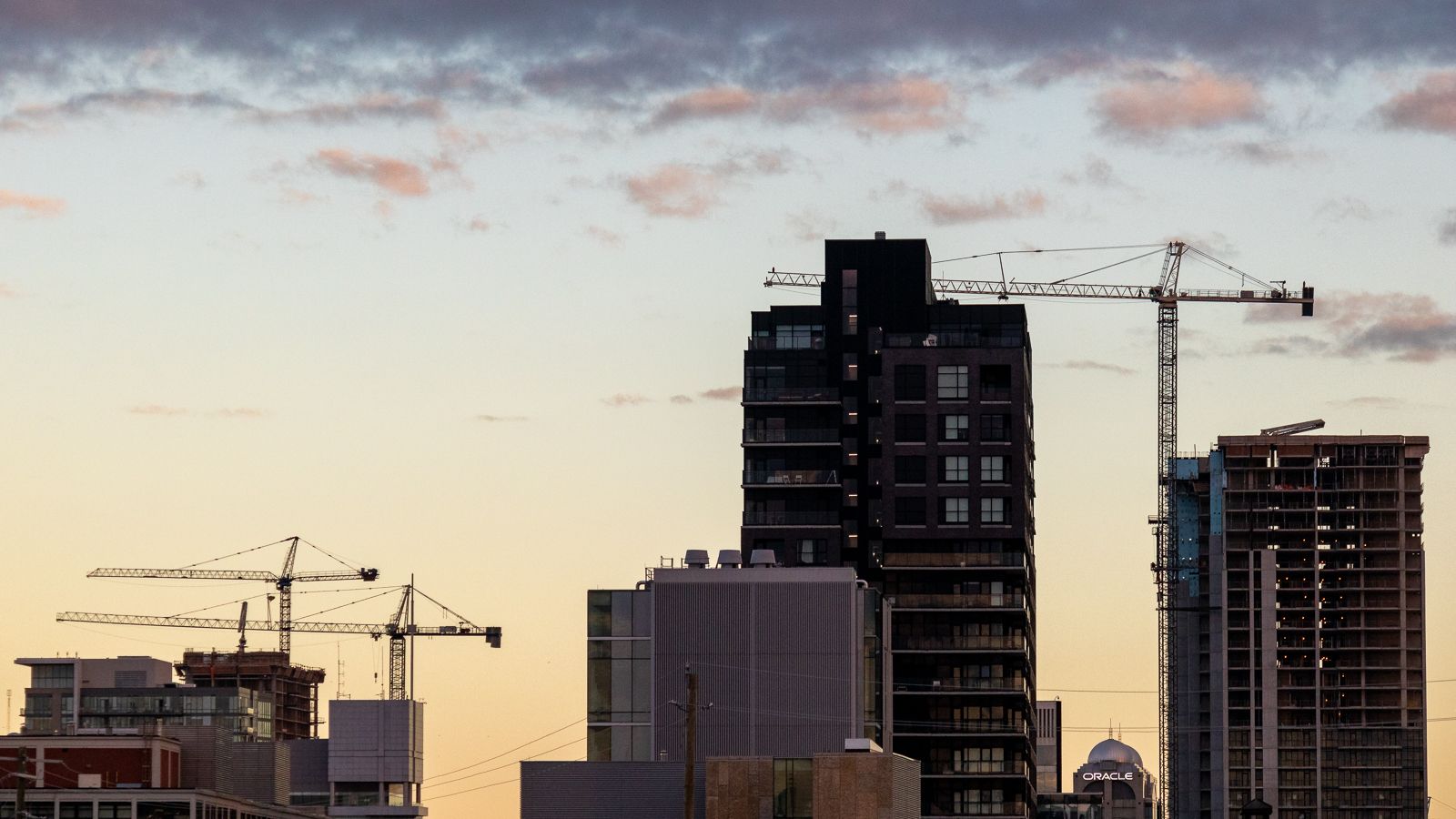 When the boom is this loud, the echo tends to reverberate far and wide. It also attracts attention.

A news story in The Record highlighted the $2.8 billion that was invested last year in tech companies in Waterloo Region. As Communitech CEO Chris Albinson points out, the 2021 total is more than the previous 10 years worth of investment combined.

The Record story gave the data-loving Albinson a chance to spotlight a few other impressive numbers, such as the fact that there are more than 26,000 tech workers in Waterloo Region now, ahead of Communitech’s goal to help the region grow to 24,000 tech workers and $1 billion in annual investment by 2025.

As the Record story notes, Big Data is key to growing the Waterloo Region tech sector.  Kevin Tuer, Communitech’s Vice-President for Data and Advanced Technologies, shared that more than 50 startups have gone through the Communitech Data Hub since it opened in 2017, creating more than 400 jobs and attracting millions in investment.

And just in case you missed it, the Data Hub offices are moving from uptown Waterloo to downtown Kitchener, joining the rest of the Communitech gang in the Tannery space at 151 Charles St. W.

Any big boom is bound to draw attention. Which is a good thing, right?

A recent report by briefed.in notes that a huge chunk of the venture capital raised by Waterloo Region companies in 2021 involved just three deals and two companies (Faire and ApplyBoard). The report also says there were 26 per cent fewer venture-capital deals overall in the region, and the number of seed deals (at least the number publicly reported) was down from 2020.

Data is data, and it’s important to break it down and analyze it from a number of perspectives. But, just so we don’t forget, the briefed.in report also notes that a number of other tech companies in Waterloo Region raised serious growth capital last year – think of Trusscore’s $26-million Series A, Bridgit’s $24-million Series B and EnPowered’s $12.8-million seed round. (And, while we’re reminiscing, let’s not forget the US$250-million private-equity investment in Axonify last April, and a US$250-million private-equity investment in Waterloo-based Auvik Networks in July).

Speaking of seed funding… Hyivy founder Rachel Bartholomew announced a pre-seed raise of $1.1 million for her self-described “femtech startup,” which she launched in July 2019 while recovering from cervical cancer.

A runner-up in Communitech’s 2020 Fierce Founders Bootcamp Pitch Competition, Bartholomew’s company is developing a “smart pelvic rehab system” that generates real-time information to give the one-in-three women who suffer from pelvic health issues a more comfortable and informed experience throughout their recovery.

Meanwhile, Crunchbase reports that Kitchener startup Springdel has raised $2 million in seed funding from Beyond Ventures. Co-founded by CEO Calvin Chung in 2018, Springdel is developing a unified endpoint management platform.

The Waterloo Region tech ecosystem received a pat on the back from Ecopia AI co-founder Jon Lipinski, whose Toronto-based HD-mapping startup landed a $3.39-million federal contract.

“Ecopia was born in the Waterloo Region – we’re a graduate from the Accelerator Centre (AC) and a member of Communitech,” said Lipinski, who also praised provincial initiatives such as the Autonomous Vehicle Innovation Network (AVIN) in both Waterloo and Toronto.

Ecopia AI was founded in 2013 based on technology developed by University of Waterloo PhD student and Ecopia CEO, Yuanming Shu. The startup spent three years in the Accelerator Centre in Waterloo before moving to Toronto. In 2019, Ecopia partnered with Communitech, UW’s Waterloo Centre for Automotive Research and the Waterloo Region Economic Development Corporation to develop HD mapping for Ontario’s AVIN project.

Edible insects and artificial intelligence – who ever thought they’d be a match made in tech-for-good heaven? Well, Sheldon Fernandez, CEO of Waterloo-based DarwinAI, and Mohammed Ashour, CEO of sustainable-food company Aspire Food Group, did.

The innovative collaboration between the two companies is being honoured by the United Nations as one of 10 Outstanding Projects internationally for applying AI to advance the UN’s sustainable development goals.

The project? DarwinAI adapted its artificial intelligence expertise to help Aspire improve efficiencies at its state-of-the-art grow facility in London, Ont. where it raises crickets as an edible and sustainable source of protein.

A boutique software consultancy with a penchant for community engagement is using hyperlocal information to improve urban cycling.

As reported in The Record, Waterloo-based Zeitspace Inc. is working with advocacy group CycleWR to develop an app that provides route information based on users’ experience and comfort level for riding close to traffic.

The concept was hatched by Zeitspace co-partner and community enthusiast Mark  Connolly, whose own cycling experiences prompted him to find a way to harness the knowledge of other local cyclists. The app will enable users to share current information about specific cycling routes, including hazards and other helpful insights that might not appear on standard GPS and other maps.

Waterloo-based cybersecurity company Magnet Forensics had a big year in 2021. Not only did it continue to grow by leaps and bounds as the pandemic accelerated concerns over ransomware attacks and remote-work vulnerabilities, the company went public on the Toronto Stock Exchange with an IPO that raised $115 million last April.

Tech News caught up with CEO Adam Belsher to talk about the current state of cybersecurity and life as a publicly traded company.

Another company riding the crest of a big year is online education powerhouse D2L. Several months after going public on the TSX, D2L has launched an updated visual identity, website and a brand story that emphasizes personalized, flexible and collaborative learning.

The update comes with a refreshed brand narrative – a storyline that emphasizes D2L’s commitment to providing educators and students with technology that ensures a personalized, flexible and collaborative approach to education, according to Chief Marketing Officer Aly Scott.

Communitech’s M-Theory columnist Melanie Baker always has an interesting perspective on working life. With the pandemic fuelling the remote-work phenomenon, Baker riffs on the changing nature of how we leave jobs and how we acknowledge the departure of colleagues.

In another piece, she pokes and prods at the notion of scope-creep in your work duties, framing it as a kind of “volunteering away” the number of hours we give to work.

Meanwhile, Tech About Town columnist Alex Kinsella tells us about Changing the Flow, a social enterprise that aims to destigmatize conversations around menstruation and to ensure that menstrual products are readily available to people who need them.

Sign up to receive the Roundup each month by visiting communitech.ca/technews and scrolling to the bottom of the page.

Kevin Crowley is a Staff Writer for Communitech News. He is a Michener-Award-winning former newspaper journalist with the Waterloo Region Record, and former Director of Communications and Public Affairs at Wilfrid Laurier University in Waterloo, Ont.
Cloud DX reveals Extended Reality ("XR") division to bring to market award-winning, patented metaverse application
News home
DOZR raises CDN$27.5M in Series B round