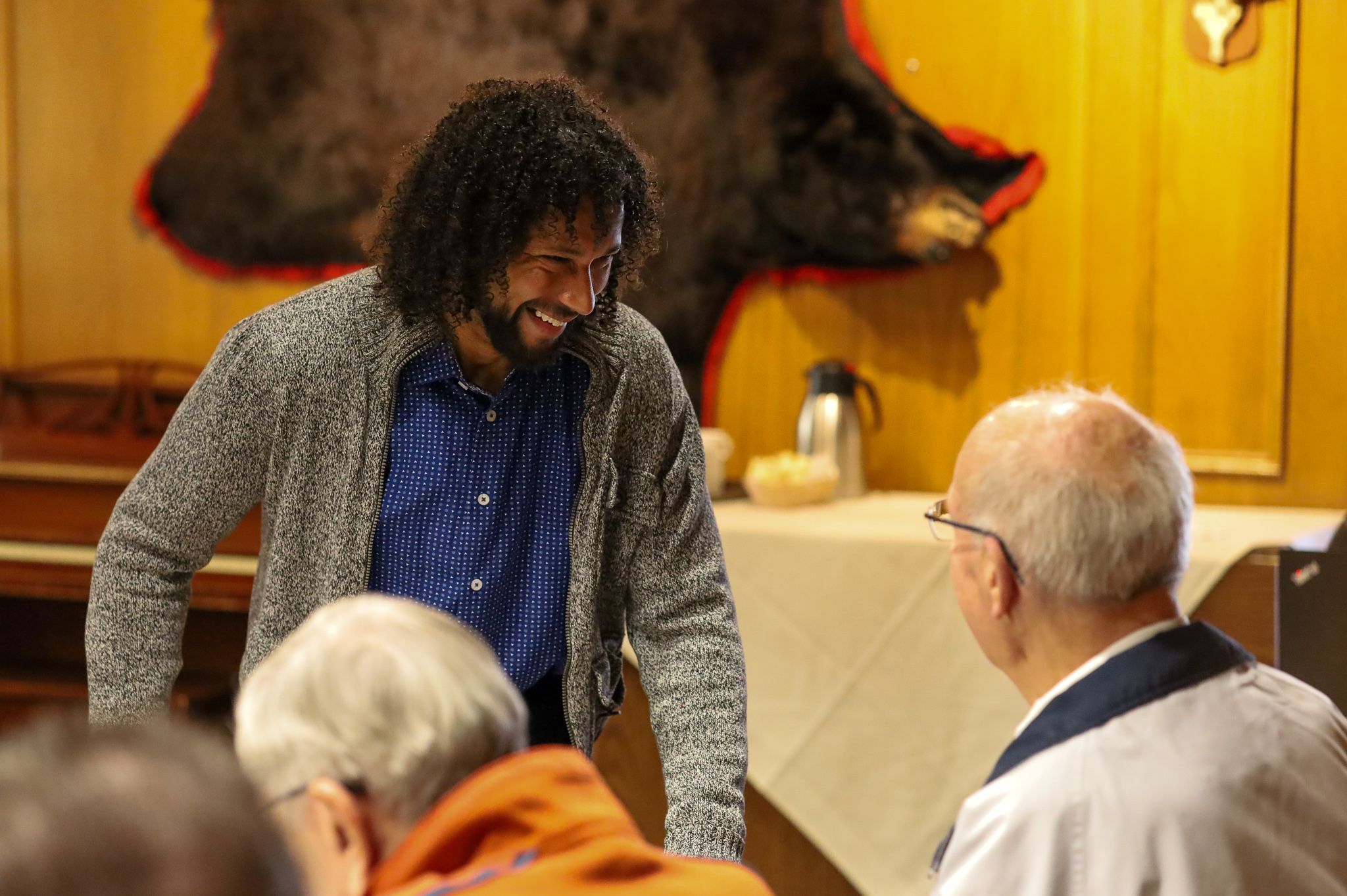 Jackets and mitts aren’t the only clothing coming out of storage as the first signs of fall come to Kitchener. Across town, people are getting their lederhosen and dirndls out for the 2022 Kitchener-Waterloo Oktoberfest. This year’s festival marks the 54th celebration of the region’s German heritage and is its first full in-person event since the pandemic’s start.

As one of the oldest continuously running events in the region, KW Oktoberfest organizers have seen the community change over the years. Today, the number of people claiming German ancestry is far lower than when the festival began in 1969. Over the last decade, there have been questions on whether the festival is accessible to everyone in the community.

Allan Cayenne, a longtime Oktoberfest volunteer who was named President in April, said organizers took the last three years to listen to the community and revisit the festival’s programming.

“A big part of the festival’s evolution is just understanding that the community has changed. Everyone within the organization and our partners realize that it’s a much different community than it was 53 years ago when the festival started,” he said.

Cayenne was introduced to Oktoberfest by a friend representing the festival as Miss Oktoberfest. At the time, festival organizers were recruiting younger volunteers to help the festival evolve. He had been to the annual Oktoberfest Thanksgiving parade as a child, but had never attended events at the community’s festhallen.

“My family didn’t have any ties to it. Both my parents moved here from other countries, so I didn’t really have any traditional ties to the festival,” Cayenne said.

After joining the festival’s marketing committee, Cayenne developed a different perspective on the festival and how it impacted the community. As President, he is helping to continue its evolution. One major hurdle is changing the perception of the festival as a drinking event – something Cayenne takes seriously, since he doesn’t drink alcohol.

“We need to provide different opportunities than we have in the past for people to get involved with the festival. A good example is our Willkommen Platz. This year it is a lot bigger with a lot more going on to give people a space they’re familiar with – downtown Kitchener – so they can dip their toe in the Oktoberfest waters and see what it’s all about. Then they can kind of go from there and decide if they want to get a little deeper into the festival experience,” he said.

During the pandemic, the festival introduced the WunderWagon, a mobile festival experience that travelled to neighbourhoods across the community. The WunderWagon is back this year, bringing live music and dancing to where people call home.

“The WunderWagon is a good example of bringing Oktoberfest right to people. It’s right in their neighbourhood so they feel comfortable where they are. When we present the festival to people in a different light, it changes their perspective on it,” Cayenne said.

Expanding the Willkommen Platz and continuing the WunderWagon are two ways the festival is adapting for people who may not feel comfortable going to an indoor event yet. Cayenne added that organizers know people have different comfort levels and outdoor events are a way for people to still celebrate the festival.

The earlier start to the festival is another way the organization and its partners are working to make Oktoberfest more accessible to the community. During the pandemic, venues were restricted to operating outdoors, and Oktoberfest partners told organizers that they wanted to take advantage of warmer weather for this year’s festival.

“We had a few partners this year that wanted to still take advantage of that nicer weather. It gives more opportunities for people to celebrate the festival,” Cayenne said.

Meanwhile, Communitech is getting back into the Oktoberfest spirit with the return of Techtoberfest. Communitech CEO Chris Albinson said he is excited to welcome founders into the Communitech Hub for Founderhaus on Oct. 13 to connect over brats and music from Grammy award-winning polka musician Walter Ostanek.

“Oktoberfest has been a homecoming for Waterloo Region. We’re excited to welcome founders from across Canada to celebrate and explore why this is a great place to build tech for good,” Albinson said.

The most significant change this year is the introduction of the Oktoberfest Ambassador program. The new program replaces the Miss Oktoberfest program, which had come under increasing criticism over the years.

The Oktoberfest Ambassador program continues the tradition of youth skill development and volunteerism but is open to anyone aged 19 to 29 in the region. As one of the oldest components of the festival, Cayenne said there have been questions about the change, but overall it has been a welcome one.

“I think any time you make a change [to something] that’s been a big tradition for a lot of people, there’s going to be those that maybe struggle to understand the ‘why’ behind it,” Cayenne said. “But this will help Oktoberfest continue to be more reflective of our community.”

Alex Kinsella is a content marketer and writer in Waterloo Region, Ont. He's behind TL;WR, the region’s events newsletter, and has worked with some of Canada's best-known tech companies in a multitude of roles. His work has appeared in BetaKit, Grand Magazine, Community Edition and other publications.
Avidbots raises US$70M in Series C round
News home
M-Theory: Why 'no one wants to work'