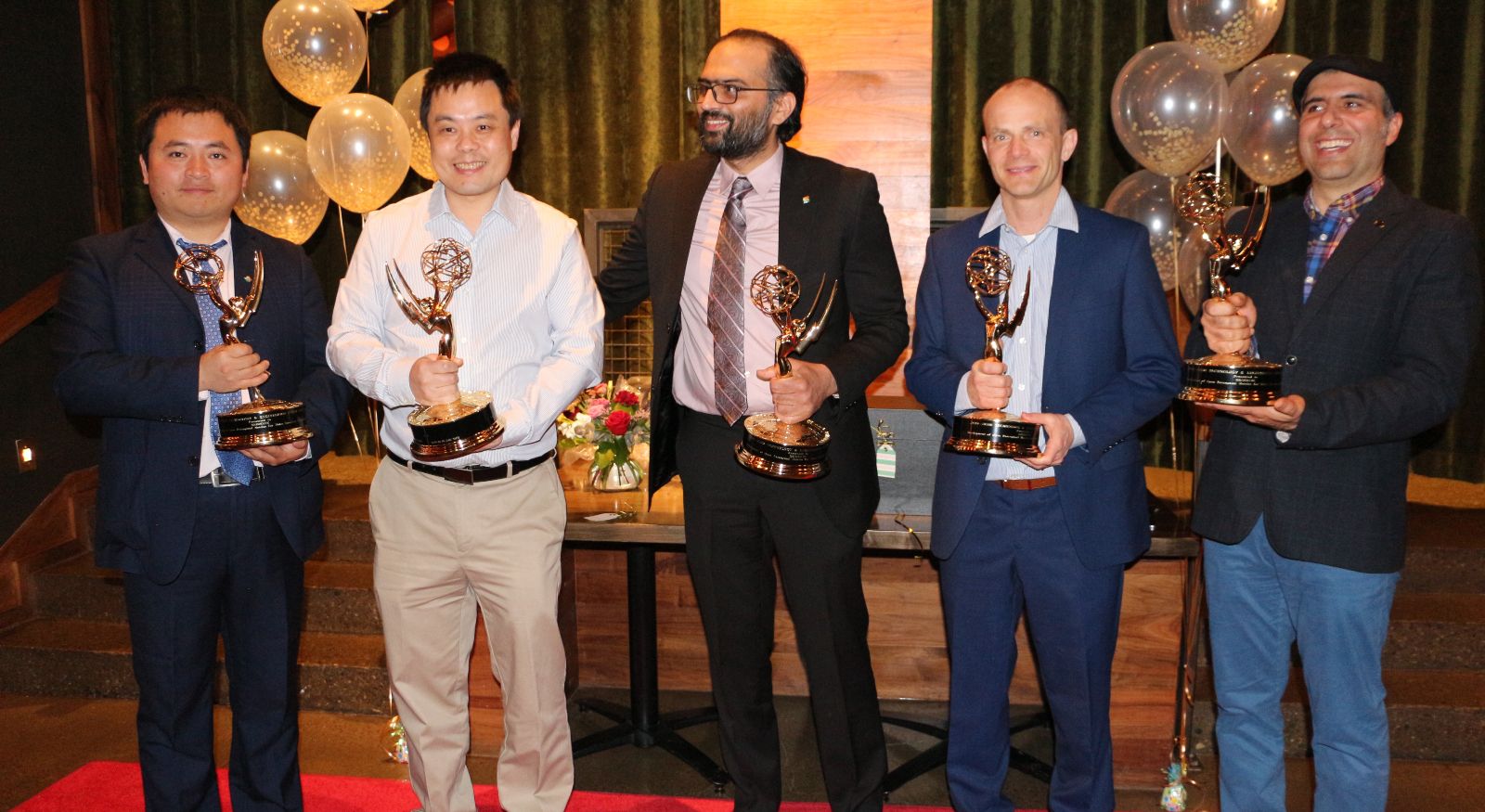 “SSIMWAVE is doing revolutionary work at the intersection of human visual perception and image enhancement technology,” IMAX CEO Rich Gelfond said in announcing the acquisition today. “By putting the power of our global brand behind their award-winning engineering team and product suite, IMAX takes a big step toward a new horizon in our ability to deliver the best images for any creator, across every screen.”

The acquisition, worth US$25 million including cash, stock and incentives, will see SSIMWAVE retain its name, brand and Waterloo-based team, which will operate as a subsidiary of IMAX Corporation.

For SSIMWAVE, the acquisition is the culmination of two decades of work rooted in image-quality research by co-founder and Chief Science Officer Zhou Wang. Working at the University of Texas and later New York University, Wang developed algorithms that enable computers to perceive video similarly to the way humans do.

A research paper on what Wang called “structural similarity” grabbed the attention of the scientific community, leading to an invitation from the University of Waterloo to continue his research as a professor of electrical and computer engineering in 2007. That’s where Wang met Abdul Rehman, a PhD student who would become Wang’s co-founder and CEO at SSIMWAVE, which they launched in 2013 to commercialize the technology.

Given the explosion of video streaming over the past decade, it didn’t take long for big customers in the entertainment industry to beat a path to SSIMWAVE’s door. The reason was simple – its software ensures that the video viewers see on their screens is of top quality, while using no more bandwidth than necessary. Several of the world’s top streaming media companies, including Disney, Paramount Global, Warner Bros and Discovery, use SSIMWAVE to optimize their video output.

“Viewers and content creators expect more from video experiences,” Rehman, SSIMWAVE’s CEO, said in the announcement. “By joining IMAX, SSIMWAVE will be even better positioned to preserve creators’ intent and enable engaging, differentiated viewing experiences to millions of users across platforms.”

Rehman continued, “We’re excited to join IMAX and tap into its global scale and expertise as more streamers turn to SSIMWAVE to ensure the best viewing experiences while reducing bandwidth costs.”

SSIMWAVE’s journey started in a tiny, windowless room at the University of Waterloo and moved to a slightly larger one at the Accelerator Centre, before it moved to proper offices nearby on Columbia Street West in 2017. It outgrew that space within months and moved into a larger office in UW’s David Johnston Research + Technology Park in 2018.

It won its first engineering Emmy Award in 2015 and took part in Communitech’s Rev program, sharing top prize at its 2017 Demo Day. The company bagged its second Emmy in 2020, and was named a Best New Streaming Technology winner in the NAB Show Product of the Year awards in 2021 and 2022.

SSIMWAVE’s technology is credited with improving the viewer experience of more than 150 million subscribers over billions of viewing hours, and is protected with 50 patents and patents pending.

In taking on IMAX as its new owner, SSIMWAVE has found a kindred spirit of sorts – a trailblazing Canadian-bred company founded by a team of driven innovators, some with Waterloo Region connections.

“SSIMWAVE boasts a brilliant team of engineers, technologists and academics obsessed with image quality and on the leading edge of Ontario’s thriving tech community,” said Gelfond, whose firm, Cheviot Capital Advisors, bought IMAX in 1994. “The similarities between this company and IMAX when we acquired it nearly 30 years ago are uncanny.”

IMAX Corporation was co-founded in 1967 by three filmmakers, Graeme Ferguson, Roman Kroitor and Robert Kerr. A year later, realizing their vision for large-format film would require specialized technology, they brought on an engineer named William Shaw – who had been a classmate of Ferguson and Kerr at Galt Collegiate Institute in what is now Cambridge, Ont.

Shaw created a new kind of projector that delivered exceptional image quality and wowed audiences who viewed IMAX films on its oversized screens, in stadium-style seating.

Today, close to 1,700 IMAX theatre systems operate in 87 countries and territories. IMAX Corporation is headquartered in New York, Toronto and Los Angeles, with offices in London, Dublin, Tokyo and Shanghai. Its shares are traded on the New York Stock Exchange.

Anthony Reinhart is Communitech’s Editorial Director and a former newspaper journalist. He held staff writing positions at the Guelph Tribune, Waterloo Region Record and the Globe and Mail before leaving the Globe to join Communitech in 2011.
Magnet Forensics helps Truth Labs deliver justice in child abuse and fraud cases in India
News home
Avidbots raises US$70M in Series C round