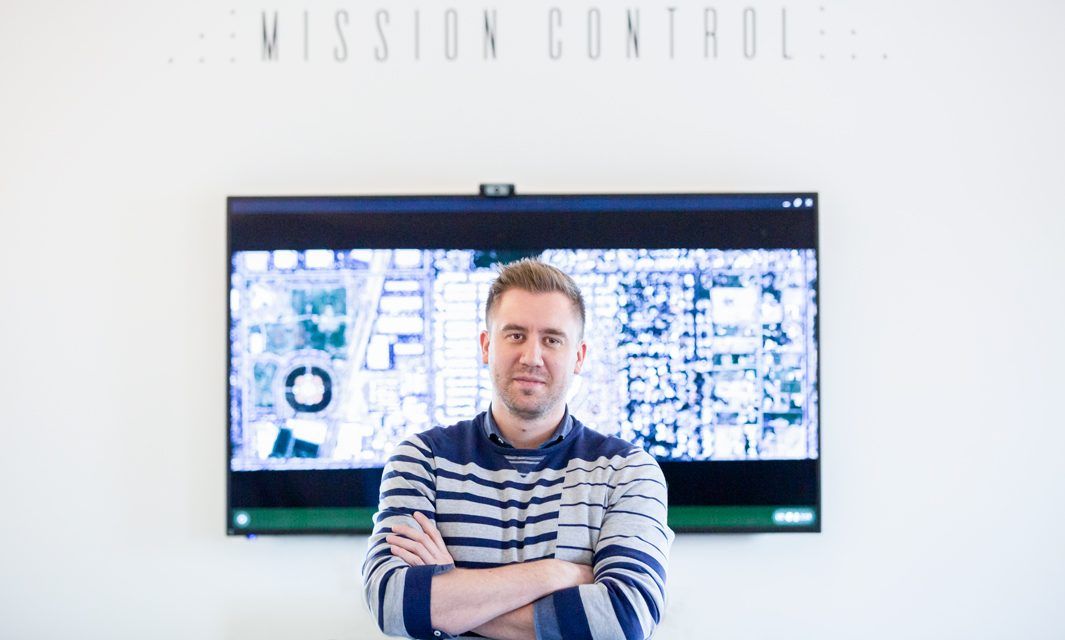 SkyWatch Space Applications has announced a US$17.2-million Series B raise that will help the Waterloo Region company expand its software platforms, which make satellite images and data more accessible to a growing range of customers.

The seven-year-old company, based out of the Communitech Data Hub in Waterloo, makes software for both the supply and demand side of the satellite-data market.

On the demand side, SkyWatch’s EarthCache platform provides companies in a variety of industries with access to satellite data and imagery that can then be integrated into the buyer’s products and services.

On the supply side, SkyWatch has a new product called TerraStream, a turnkey data-management platform that helps satellite operators manage the ordering, processing and delivery of data and images to their customers.

“TerraStream is like Shopify for space companies,” said James Slifierz, SkyWatch's CEO and co-founder. “It’s the same value proposition for anybody that wants to launch a satellite. We will take care of the heavy lifting and going to market.

“One of the strongest value propositions of TerraStream is that the moment you get a satellite up into orbit, you have access to hundreds of customers the moment you start downlinking your data,” he said. “It enables them to operate their satellite, it enables them to collect orders from customers and then send those orders up to the spacecraft; it allows them to collect the data back down and process that data and make it available to the market.”

SkyWatch said in a news release that it has 40 satellites under contract for launch by SatRevolution, SpaceJLTZ of Mexico, and Wyvern of Canada, among others. The first satellite equipped with the TerraStream platform is scheduled to launch in “a couple of weeks,” said Slifierz.

“So we're about to go from having no satellites that are using our system to operate their entire business, to having the second largest constellation of imaging satellites in the world, in just 12 to 18 months.”

The Series B raise of US$17.2-million will help SkyWatch scale both the TerraStream and EarthCache platforms.

About 70 per cent of its employees are based in Waterloo Region. Future growth will likely follow that ratio, Slifierz said.

The latest round of financing was led by Drive Capital with participation from existing investors Bullpen Capital, Space Capital, Golden Ventures and BDC Ventures.

Previously, SkyWatch raised US$7.5 million through a Series A raise and US$3.2 million in a seed round.

The company was founded under interesting circumstances in 2014 by Slifierz, Roland Sing and Dexter Jagula, who had met through startup connections in the Toronto area. They teamed up to enter the 2014 NASA Space Apps Challenge hackathon, winning the Toronto round and going on to win the NASA International Space Apps Challenge, beating out more than 650 other projects.

The team moved that same year to Waterloo Region to participate in the Google for Entrepreneurs program at Communitech, and has made this area their headquarters ever since. In 2017, SkyWatch shared top honours at Communitech’s Rev Demo Day in Toronto, splitting $100,000 with a future unicorn, Ada Support, which hit a valuation of US$1.2 billion last month.

Kevin Crowley is a Staff Writer for Communitech News. He is a Michener-Award-winning former newspaper journalist with the Waterloo Region Record, and former Director of Communications and Public Affairs at Wilfrid Laurier University in Waterloo, Ont.
In Position: The art of the apology
News home
Canon Innovation Lab at Communitech unveils Jumpshot photo app