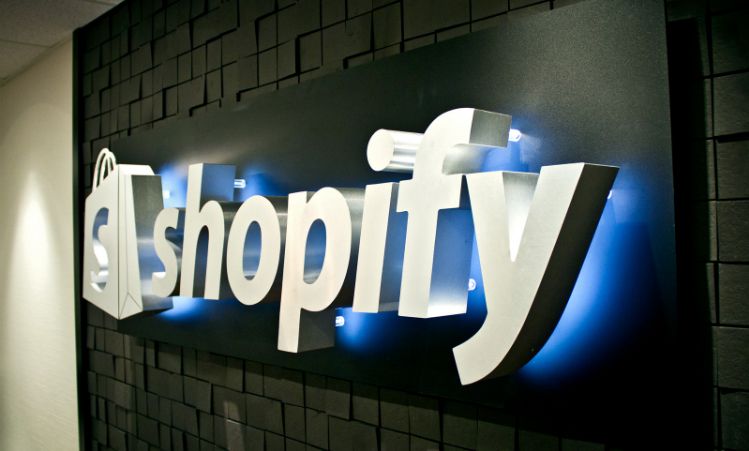 It’s a refrain often heard in Waterloo Region’s tech community: Our engineers are great, but we’re short on top sales and marketing and talent.

This makes Shopify’s decision to open what it's calling a "sales lab" here all the more interesting.

The eCommerce giant, headquartered in Ottawa with offices in Montreal and Toronto, recently began recruiting for a five-person satellite operation to be housed in Kitchener’s Tannery, home to the Communitech Hub, Velocity Garage, Google and Desire2Learn.

Shopify’s Loren Padelford, who holds the title of Head Sales Scientist, will lead a team of “sales hackers” to come up with new ways to sell the company’s Shopify Plus online commerce platform to customers around the world.

Aside from being another great piece of news for Waterloo Region’s tech community, it’s a bold and seemingly counterintuitive move for Shopify – which employs 500 people and reached a $1-billion valuation last December – to focus on sales in the heart of an engineering hub.

In a Q and A with Communitech News, Harley Finkelstein, the company’s Chief Platform Officer, explained the rationale behind its choice of Waterloo Region for the sales lab, which will open imminently.

Q – Why is Shopify opening an office in Waterloo Region?

A – Shopify has been around for over eight years now, and actually, we’ve never really had a real sales organization within Shopify.

We’re creating a Shopify sales lab really to start experimenting with sales for Shopify, and again, that’s something we really haven’t done.

We have over 500 people today, with more than 100,000 customers in more than 150 countries, but we really have never done something like this before.

And so, the reason why we chose Waterloo is actually kind of interesting.

Most people obviously consider Waterloo or look at Waterloo as a tech hub, and if not the biggest tech hub, then it’s certainly in the top two tech hubs in the country. And a lot of people look at the talent pool there of recent grads and look to setting up a tech office.

We think there’s an opportunity for us to find incredible business students and sales and business people who have a technical background, and we think that combination is really interesting.

So, while everyone is kind of focused on finding engineers and developers there, we’re actually looking for sales people and people with a business mind who have a particular penchant, interest, passion or even background in technology.

We think that’s a different way to go, and very much in keeping with Shopify’s culture of experimentation.

Q – That’s interesting, because we often hear there’s a shortage of sales talent in Waterloo, due partly to the proximity of Toronto and its ability to lure sales talent away.

A – I would actually argue it’s a bit of a self-fulfilling prophecy, because some of the great businesspeople, some of the great sales and marketing people who are in Waterloo, likely may have to leave Waterloo to find great work – whereas, we’re actually coming to Waterloo.

We’re a very engineer- and product-driven company, and our R and D team is half the company at Shopify, and so we have a tonne of developers and programmers and designers who work here. But we look for opportunity where others maybe don’t see it, and for us, we see a huge opportunity in Waterloo, because it’s a tech environment.

So, rather than looking for the engineers per se, we’re really looking for people who maybe have an interest or passion towards the sales and business side of technology.

It’ll be an extremely small office to start. We’re right now looking to hire five people for our initial staffing of the office, and Loren will be the Chief Sales Scientist to run the office.

But frankly, if this works well, our ambitions are to grow that office fairly large.

We’re going to be housed in the Tannery building, which you know obviously. And we just think being around great companies like Desire2Learn and Google and the Velocity guys – those are all friends of ours, and we just think it’s going to be a really great environment for really interesting technical salespeople to come on board.

We like going against the grain, and we think opening a sales office in Waterloo certainly does that.

Most people might be shaking their heads thinking why are we doing this, and it’s really because we like to find opportunities where others might not find those opportunities.

Q – Which ideally, over the long term, will help diversify the talent pool here, and help build Waterloo’s reputation as a source of great sales expertise, too.

A – And how cool would that be, right? That would just be amazing.

We’re calling Loren a scientist and we’re calling it a lab because we really want people to understand that we’re going to be doing things here that really have not been done in the context of a sales organization.

Q – Your workspace in Ottawa looks amazing. Tell me about the work environment you’ll be setting up for team members here.

A – It’s a Winston Churchill quote, if I’m not mistaken: First we shape our buildings and then our buildings shape us. We believe that and really buy into that.

So, if you look at our Montreal office or Toronto office or Ottawa office, each of them is a really interesting, creative environment, and all three sort of serve as hubs for the community. We do events all the time, tech events and business events.

But each office reflects its own character and its own culture. The Montreal office is on St. Laurent and Prince Arthur, in what used to be the club district there, so there are a lot of elements; the murals on the wall, for example, are done by some of the most famous Montreal graffiti artists, and there’s a lot of Montreal theme to it.

In Toronto, we’re at Spadina and King, and we try to bring a lot of that Toronto vibe to that office.

And certainly in Ottawa, which is our head office, we’ve created a really unique office here.

That being said, although we’re only going to have five to 10 people starting in Waterloo, our intention is to make it an incredible space where people feel engaged and they feel excited about coming to work every day, and that doesn’t actually feel like an office, but feels like a place where you can go and do your very best work.

Our number 1 objective with all these offices is that we create environments where people can do their life’s work, and that is really unique.

We obviously have some cool stuff, and people talk about the slide a lot, but what they didn’t talk about was the fact that the slide is actually the most efficient way to go from the second floor to the first floor.

We try to be very deliberate and thoughtful about these things.

The Waterloo office will grow quite a bit, but we expect people to feel just as engaged, and feel that ‘wow’ factor they feel in all our other working spaces.

Q – When do you hope to be up and running in the new space?

A – The lease is now signed, and we’re going to start moving in Nov. 1.

We like to move fast, and we’re just really excited about this project.

We all spend quite a bit of time in Waterloo just because it is such a great tech centre, and this is just the evolution of our participation in the community.

Just like Toronto, Montreal and Ottawa, we’re also going to have a responsibility to the community, to help out and support the community, whether that’s through events or through mentorship and allowing people to come and work in our office at times.

We hope to be really good new Waterloo citizens, and part of that community.

What’s so wonderful is that Shopify has a fairly robust app ecosystem. We have hundreds and hundreds of app developers all over the world who build extensions and apps for Shopify, and we’ve actually had quite a few apps built out of Waterloo in the past.

So, we really expect to participate in the community. We’re not just going to come and set up shop and do our own thing; we’re a company that cares very much about the environment that we live in.

We’ve done that in Montreal, Toronto and Ottawa and we plan to do that in Waterloo as well.

We’re really excited about it and the community has been amazing. Even just looking for offices, we had so many people in the community – from the Communitech guys to Velocity – just helping us navigate, and it’s been terrific.

Anthony Reinhart is Communitech’s Editorial Director and a former newspaper journalist. He held staff writing positions at the Guelph Tribune, Waterloo Region Record and the Globe and Mail before leaving the Globe to join Communitech in 2011.
Canon opens lab at Communitech, where 'anything could happen'
News home
Google for Entrepreneurs announces co-working space in 12 countries for tech hubs