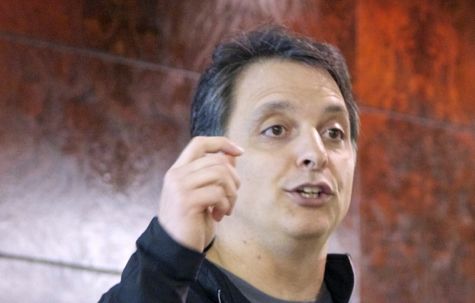 Sandvine, the internet traffic management company headquartered in Waterloo, has been acquired by private equity firm Francisco Partners in a deal worth $4.40 per share, or CAD$562 million, the companies announced Monday.

The development follows in the wake of Sandvine disclosing in May that it had agreed to a friendly takeover by Vector Capital of San Francisco. Vector had offered $3.80 per share, or $483 million, but the deal was subject to a 42-day ‘go-shop” window that allowed other potential buyers to make a competing offer.

Vector initially matched Francisco Partners’ offer of $4.15 per share, but declined to move again when Francisco improved its bid.

“That’s exactly what a go-shop is designed to do — to get multiple bidders,” said Sandvine CEO Dave Caputo in an interview Monday with Communitech News. “My understanding is there’s only been 18 [deals of this kind] in Canadian history and only one other one resulted in multiple bidders. So this is a little bit groundbreaking, what we just went through.”

Sandvine announced it had ended its relationship with Vector and paid it $16.9 million.

Francisco plans to combine Sandvine with one of its existing portfolio members, Procera Networks of Fremont, Calif., which it acquired in 2015. The combined company will be led by Procera’s Chief Executive Officer, Lyndon Cantor, and Procera’s Chief Financial Officer, Richard Deggs. The new company will retain the Sandvine name and Caputo will join the board of directors of the combined company as Non-Executive Chairman.

“Well, I guess if you wanted further proof [that I’m] getting old, I’ve graduated to the boardroom and will be the chairman,” said Caputo.

Asked if there was any possibility of the company’s Waterloo office being broken up or closed in the wake of the deal, Caputo said, “I don’t think so at all. Francisco Partners has just paid $560 million or so because they see value in this team and in all the resources we bring to bear in solving customer problems.

“I think the Canadian site, and in particular the Waterloo site, will be the largest site of the combined company, which again will be called Sandvine.”

Caputo was pragmatic about the evolution of the deal and parting ways with Vector.

“The reality is we got to know [Vector and Procera] quite well. Had we done the Vector deal, the merging with Procera would have probably been one of the top things on our list to do.

“I feel great. The idea [is that this will] be in the best long-term interests of Sandvine in building a great networking equipment and solutions company.

“So really, this is just part of Sandvine’s arc. There’s no question the two of us together will be the clear industry leader.”

The agreement with Francisco Partners may attract scrutiny. Both Procera and Francisco have come under criticism in the past for their business practices.

Asked about those claims, Caputo indicated he has no concerns.

“I don’t think I could comment specifically with regards to anything that’s been in the press about Francisco Partners or Procera, other than to say that we’ve looked at this from all angles and we feel very confident that this is the right next move for Sandvine.”