Phoenix-like BlackBerry leaves the cellphone behind 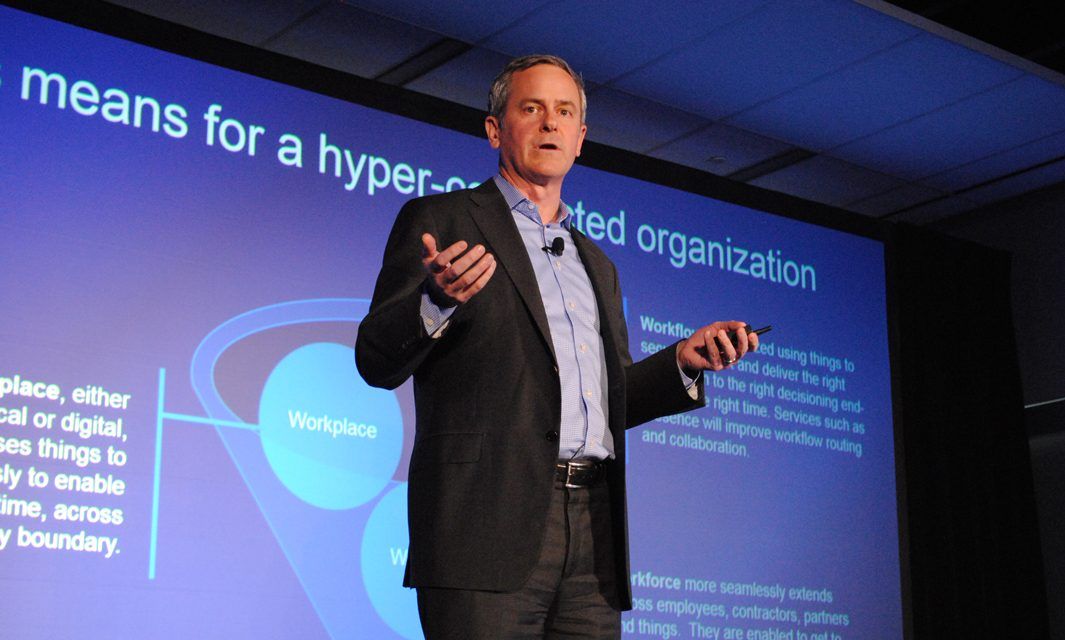 Few companies have a history that traces the arc of extremes like BlackBerry. Its tale, from iconic and wildly successful smartphone pioneer to industry pariah, has been told many times, in business schools and bars alike.

But another chapter is in the offing. BlackBerry, transformed from the maker of devices to a maker of secure software, appears to be well established on the path back to financial growth.

On Monday the company announced the launch of two new software products, one aimed at the Internet of Things and the other a partnership with Microsoft Corp.

Their launch comes just days after the company announced a US$128 million contract that will keep Chief Executive Officer John Chen, who was once prophetically quoted as saying that reports of the company’s death “are greatly exaggerated,” in place for another five years. The company’s revenue and profit are up. Its stock – while certainly not near the heady levels of US$148, at which it peaked in 2008 – closed Monday at US$16.62, off its yearly high of nearly US$18 but a long way from the lows it tested in late 2013, (just a month after Chen took over) when it closed under US$6.

“The way we look at it is, the last year, the last fiscal year, was the year in which we said the turnaround is now complete,” Chief Marketing Officer Mark Wilson said Monday at the company’s Waterloo headquarters.

The transformation includes “trailing 12-months revenue of over a billion dollars, six consecutive quarters of operating profit,” and “a cash position of $2.5 billion, giving us a lot of latitude in terms of things we can potentially do.”

The company has long held the position of pillar in the Waterloo Region technology firmament. In the days when its mobile phone products were a must-have – former U.S. president Barack Obama famously refused to give up his BlackBerry when he took office – the company could boast a worldwide workforce of 20,000, 11,000 of whom were employed here in Waterloo Region. The company served both as a magnet and a vacuum for talent.

And even as its downfall began with the advent of Apple’s iPhone, BlackBerry continued to play a role in shaping the region: as layoffs began, many former BlackBerry employees left to start up new technology companies, and today it’s difficult to walk through the door of any local company without bumping into a former BlackBerry staffer. Perhaps the most famous of them, former Blackberry co-CEO and co-founder Mike Lazaridis, went on to play a founding role in several Waterloo-area endeavours, including Quantum Valley Investments, and to continue his support of the Perimeter Institute for Theoretical Physics and the Institute for Quantum Computing at the University of Waterloo, to name a few.

It was Chen who began BlackBerry’s pivot from maker of devices to provider of software, and while it's still possible to buy a BlackBerry phone, those devices are made under licence by other companies and play a small role in the company’s day-to-day activities. Today, BlackBerry has more than 4,000 employees, and Wilson says 54 members of the Fortune 100 rely on BlackBerry technology.

The key to the company’s resurgence, Wilson said, has been leveraging its DNA – BlackBerry’s phones were famously secure – into enterprise computing, producing secure software solutions for big companies.

“Eighty-five per cent of our revenue is coming from enterprise software, and that [is] growing at double-digit rates,” said Wilson, adding that the company’s products are now embedded in “60 million cars.

The software announced Monday is aimed at two spaces.

With Microsoft, BlackBerry will infuse its office and productivity products with secure features, allowing their joint customers, such as banks, law firms, central governments and healthcare providers, to seamlessly use native Microsoft mobile apps via a product called BlackBerry BRIDGE. In effect, Microsoft documents will attain new degrees of security.

The second product is aimed at the growing market around the Internet of Things as enterprise companies begin preparing for its rollout on a wide scale. BlackBerry’s Secure product is designed to safeguard communications for users as their products interface with others through IoT networks.

“When you look at the market for smartphones, you certainly need all of that.

“The question for me, is when you refocus that into a faster-growing market than the smartphone market, what does that begin to look like? That’s where you get into the idea of the Internet of Things.”

The smartphone, the product that gave the company its reason to exist, is now long in the rearview mirror. BlackBerry employees are now just as likely to carry an Apple iphone or Android-based device as they are a product with BlackBerry’s name on it. “I carry both,” one of the company’s senior executives said Monday, without a trace of self-consciousness.

In short, BlackBerry’s software products today are designed to work across all platforms, seamlessly. Which is the point. BlackBerry is a company that no longer manufactures phones. It makes software, and apparently is having a not insignificant degree of success doing just that.