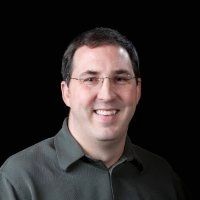 In addition to overseeing the growth of early-stage technology companies at the AC, Salvini will serve as Associate Vice-President, Research Commercialization at the University of Waterloo.

Salvini, who will take up his duties in late August,  replaces Tim Ellis at the AC, who left as CEO in May and now serves as Executive Director of the Canadian Association of Business Incubation.

As Chief Technology Officer at Christie, Salvini guided research and innovation strategy for the company, which sells digital display systems worldwide and is one of Waterloo Region’s top technology firms.

Before he joined Christie in June of 2011, Salvini served as CTO at Side Effects Software in Toronto, where he led an award-winning team of mathematicians and software developers in creating 3D animation and visual effects software for Hollywood feature films.

Michael Stork, Chairman of the Accelerator Centre’s board of directors, said the facility is “exceptionally fortunate” to welcome Salvini on board, due to his deep expertise in technology and business, extensive connections, growth-minded vision and “a track record for transforming vision into reality that has us all very excited for the possibilities that lie ahead.”

George Dixon, Vice-President of University Research at the University of Waterloo, called Salvini “a proven leader in technology commercialization. His technical expertise, leadership abilities and business acumen are widely respected and admired within the commercial enterprise and within academic communities.”

Since 2006, the Accelerator Centre has developed and nurtured over 130 early-stage technology startups, creating more than 1,100 jobs, generating more than $120 million in revenue, and attracting upwards of $180 million in investment. Thirty-eight companies have graduated from its Accelerator Program and more than 85 per cent of them have remained in Waterloo Region.