OpenText: Made in Canada, proud of it 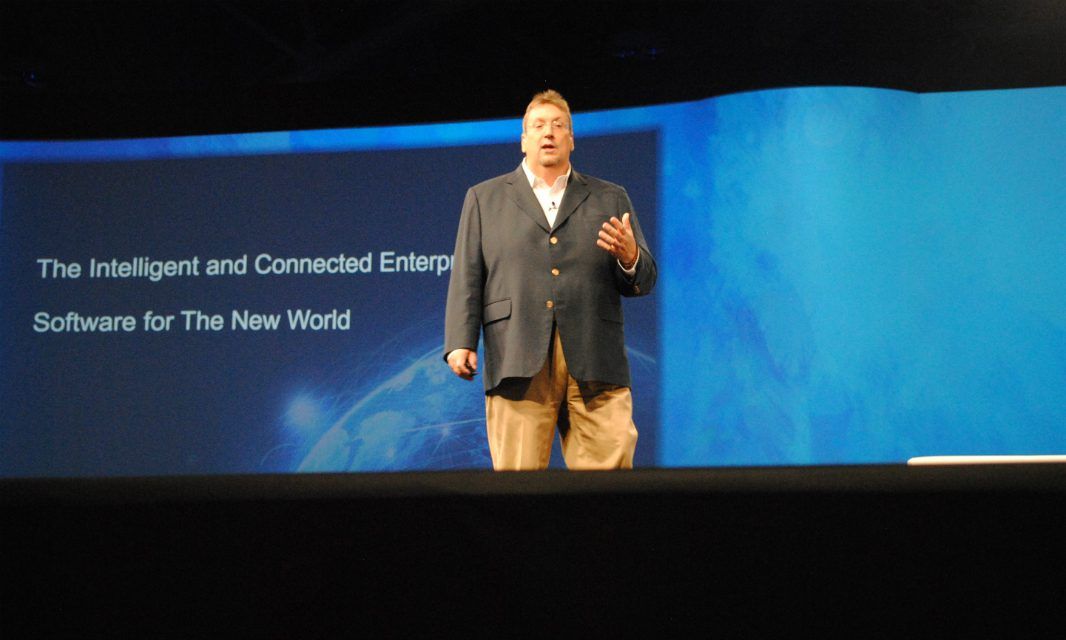 TORONTO – With 2017 revenues of US$2.3 billion and 10,000 employees in 40 countries, OpenText is now one of the most important, influential and global software companies in the world.

But OpenText will remain a Canadian company, one headquartered in Waterloo, so long as Mark Barrenechea – an American – remains its CEO.

“We are, and remain, a Canadian company by choice,” said Barrenechea, speaking Tuesday afternoon at a briefing for reporters attending OpenText’s Enterprise World 2018 conference.

Barrenechea, who became OpenText CEO in 2012, made it clear Tuesday that amid a growing protectionist economic climate worldwide, and global social and political uncertainty driven in large part by the Trump administration in the U.S., the Canadian brand remains one of his company’s greatest assets. And he’s keen to say so.

“We’re a global company and we have choices,” said Barrenechea. “We could be anywhere.”

And then he added, “It’s a good time to be Canadian.”

Asked if he meant it was a good time to be a Canadian from a political point of view, he replied:

OpenText kicked off its three-day Enterprise World 2018 conference Tuesday at the Metro Toronto Convention Centre before 5,000 attendees. It’s the 20th iteration of the event, a showcase of the company’s wares and an opportunity to roll out new products and services. The opening keynote was delivered by Barrenechea himself, who unveiled the company’s latest product, OT2, which is billed as “a next-generation hybrid cloud platform that brings together intelligent automation, security, and EIM applications in a powerful unified platform.”

OpenText got its start in 1991 as a University of Waterloo spinoff project that aimed to digitize and make searchable the 60 million words of the Oxford English Dictionary. Keep in mind this was pre-Wikipedia and pre-Google.

Today, its core business is software, specifically enterprise information management – EIM, as it’s known. OpenText’s platforms serve as the architecture that helps other businesses manage and run their day-to-day operations.

Barrenechea made it clear that as the company has expanded around the world, it deliberately wears its Canadian roots on its sleeve.

“I put a Canadian flag in every OpenText office,” said the CEO. “I’m an American. I’ve spent the last eight years in Canada. I pride myself as having a Canadian soul.

“We treat each other openly, fairly, we have a strong desire to compete.

“I’ll use a hockey analogy. We’ll check the competitor hard against the boards, but afterwards, we’re happy to buy you a beer.

“I think part of the Canadian [aspect] that stands out is we’re going to compete hard. With fairness.”

And the reason the company has kept its head office in Waterloo?

“I mean, outside of the answer that we were born there, it continues to work for us because of the great access to talent. University of Waterloo produces some amazing graduates.

“And the food has gotten better,” he said, to laughter.

Tuesday’s attendees also heard an engaging morning talk delivered by New York Times bestselling author and New Yorker journalist Malcolm Gladwell, who wrote The Tipping Point, Outliers and Blink, among others, and who has been named one of the 100 most influential people by Time magazine.

Gladwell, who grew up in Elmira, Ont., and whose father was a math professor at University of Waterloo, spoke about the way that society, particularly in the U.S., has evolved in a way where the greatest proportion of money and philanthropy flows to rich institutions, rather than poor, and helps those who already have money instead of those who don’t.

Yet, he says, this is happening at at time when the opposite is needed – that society benefits most when the weakest links are improved.

“In the modern age, when you’re doing complicated work, you are only as good as your weakest link,” said Gladwell.

“We’re in a situation where we’re trying to make this extraordinary transition to the Internet of Things, to all of the [digital] promises … that you heard about this morning, the world opening up wide, and we’re going to need an army of intelligent and well-trained, educated people to execute on the extraordinary promise of this future.

“And what are we doing? All the wealthy people in this country are funnelling all of their money to a tiny, tiny pool of people who are already wallowing in cash.

“This is how completely bananas thinking has become and how shortsighted we are in North America,” he said.

Craig Daniels is Communitech’s Senior Journalist from. A former sports writer, columnist and editor, he held previous positions at the Financial Post, Sun Media, the Globe and Mail and Postmedia.
No notes required: Carol Leaman's experience speaks for itself
News home
Thinking big at Catalyst137