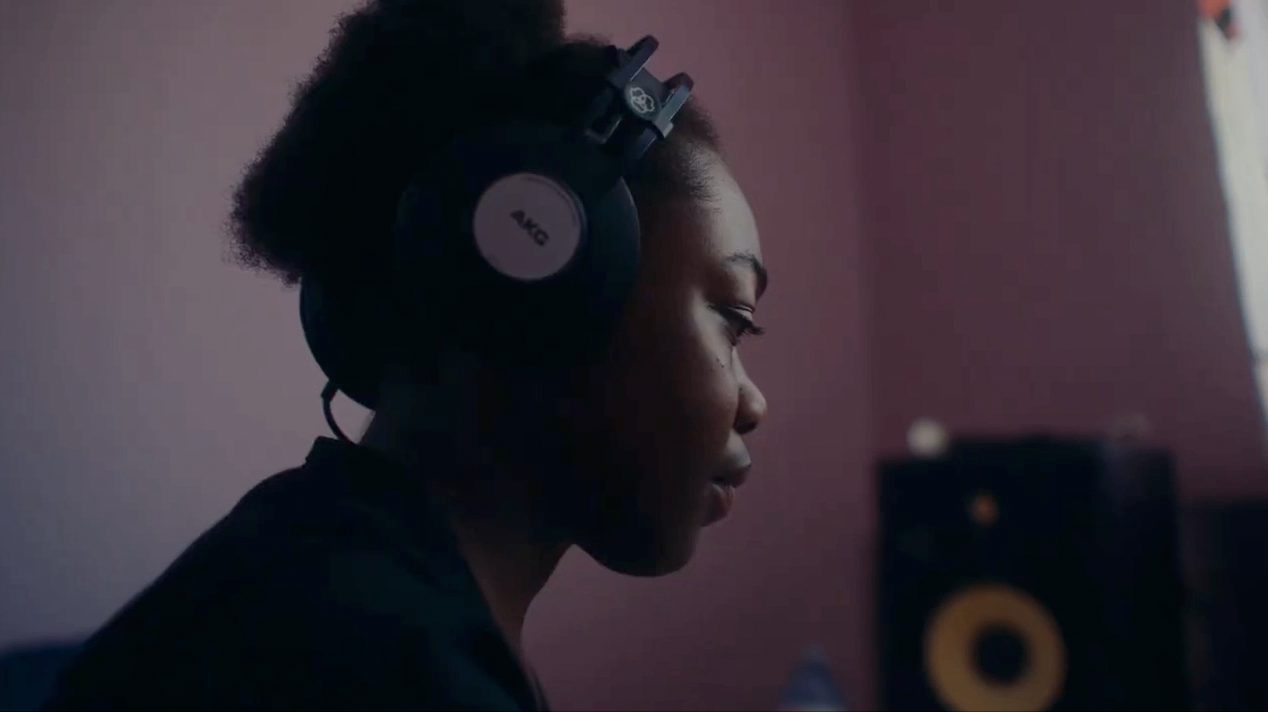 Music has the power to inspire, connect and uplift us. But gaining access to the tools and mentorship to learn how to make music can be challenging for many in our community, especially young people. Addressing these challenges and creating new opportunities is the goal of the Creative Recording Initiative.

The program is a partnership between the City of Kitchener and the House of Friendship with support from Centre In The Square, Communitech, Cook Homes and local resident Stephen Dunnington.

The Creative Recording Initiative is a music and technology program that gives teens hands-on experience with music and audio production. The pilot progrm was housed at the Courtland Shelley Community Centre, where local teens could learn the ins and outs of music production from experts in the field.

Bob Egan is the Film, Music and Interactive Media Officer at The City of Kitchener and helped create the Creative Recording Initiative. Jorge Pineda and Josh Polasz, two Cambridge natives who are the musician and producers behind Just Ideas, approached Egan with an idea to help young people learn about music production.

“They kept telling me they really wanted to work with youth, especially underserved youth, to empower the next generation of music creators and producers,” said Egan, a veteran musician and former member of Blue Rodeo and Wilco. “I had been speaking with Rob Sonoda at Centre in the Square, who’s all about supporting, finding and developing local talent. I put one and one together and came up with the idea of, ‘Let’s do something that targets the youth interested in music production that has as few barriers as possible,’” he said

Transportation was one of the most significant barriers. Egan spoke with community partners who shared that many teens are uncomfortable leaving their neighbourhoods for after-school programming.

“We connected with the great folks at House of Friendship and that’s how the whole program was born. They said, ‘We have space. We have kids who we can draw on from the neighbourhoods who would be thrilled with this. We have staff. We can support this,’” Egan said.

Planning for the program took off from there. Pineda and Polasz committed to being instructors, and Centre In The Square and Cook Homes offered financial support. Egan contacted the Communitech team, who were able to donate used Apple laptops for use in the program.

“The Communitech contribution allowed us to accelerate the learning curve for these kids because now, not only were they doing the two hours of workshops per week for the eight weeks, but because of Communitech’s generosity, they were able to work 24/7 on their own recording rigs at home. The program ended up turning out to be revolutionary in several ways, primarily because of the support of this community coming together,” Egan said.

Fredlyne Kayee, 16, took part in the pilot program. Kayee has a passion for music and is a member of her school choir. She said the program offered the opportunity to learn how to record vocals and create beats, which she had never done before. She added that the program had opened her eyes to potential career paths she hadn’t considered.

“I didn’t know that we had all these resources. It just takes a few things – a computer and a microphone – and you can record new things. I see a future in this where I can learn more about recording,” Kayee said.

Everyone participating in the pilot project had ideas of what they wanted to create. Kayee focused on vocal recording and production.

“I did a cover song and the instructors were able to give me feedback to continue growing. The program was really well done,” she said.

Egan said the program is another chance to bridge the digital divide – the gap in access to technology that many students in our community face. He added that bridging that divide doesn’t require a lot of hardware.

“That small investment opens up the window to the world. It’s unbelievable what that opens up,” he said.

With the pilot program complete, lessons learned will inform improvements for the next cohort, Egan said. Apart from securing funding and equipment, one of the more unexpected challenges that Egan encountered was getting teens to apply to the program.

“We assumed that we could just parachute into the community and say, ‘Hey, look at this free gear. You can learn how to produce music.’ We figured that we’d have to have a process to turn kids away and have a waiting list. That was simply not the case. We learned that trust is probably the greatest factor in the success of these programs,” he said.

In their first neighbourhood meeting, Egan provided pizza and tried to engage with the teens – but he only received one-word answers and little to no eye contact.

“Of course, I’m a middle-aged white male. As soon as the Just Ideas guys walked in, the mood changed. They can relate. They came from routes where they had to build up their own success,” Egan said.

“All of a sudden, the kids opened up to them. They could speak their language, their same music, their backgrounds, their stories. It’s all about the relationship. And, if you don’t build that relationship upfront, the learning won’t happen. They won’t be invested if they don’t have that relationship. We learned amazing things that we’re anxious to apply for the next iteration of this.”

For Kayee, having the gear and experience to continue exploring music production is changing how she views her future opportunities. After graduation, her plans include pursuing a degree in International Aid and continuing her musical education.

“I just got an opportunity to learn how to vocally train, so that could definitely be a project that I take on as well,” Kayee said.

Isabelle Côté, People Advisor at Communitech, said companies in the community with surplus equipment might not know about opportunities to support programs like the Creative Recording Initiative. Older equipment that might not meet company requirements could be repurposed for use in everything from developer training to film and music production.

“The students in this program are actually taking the MacBooks home and it belongs to them after the program. That’s going to make a big difference in their lives,” Côté said. “They might not have had a personal computer or there might be one computer at home that they’re sharing with siblings and family members. It’s a luxury that people maybe don’t necessarily realize is a luxury – but for lots of people who live in our community, having something that belongs to them is amazing.”

Alex Kinsella is a content marketer and writer in Waterloo Region, Ont. He's behind TL;WR, the region’s events newsletter, and has worked with some of Canada's best-known tech companies in a multitude of roles. His work has appeared in BetaKit, Grand Magazine, Community Edition and other publications.
Exporting trusted innovation
News home
AirMatrix enables first urban, beyond-line-of-sight drone operations in North America