New podcast discusses autism, ADHD and other brain differences in the workplace 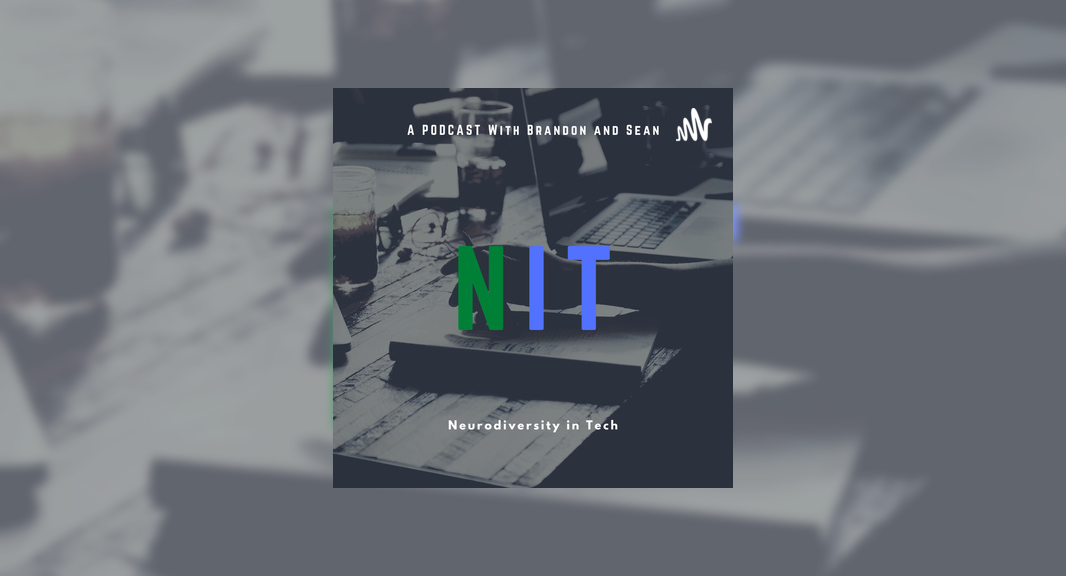 Two local tech workers have launched a podcast to bring attention to the challenges and opportunities of supporting neurodiverse employees in the workplace. Neurodiversity in Tech is a weekly podcast hosted by Sean O'Malley and Brandon Oliver. Each episode features O'Malley and Oliver discussing their work and lives as neurodiverse I.T. professionals.

Neurodiversity is the concept that there is no right way of thinking or learning. Instead, people can experience and interact with the world around them in different ways. Oliver has worked at local tech companies for over 15 years. He said he has always felt that he was different throughout his career.

“In all of this time that I’ve been out there living and working, I have always felt different – for lack of a better way of putting it,” he said. “The irony of it all is that I pride myself on self assessment and self reflection, especially being in leadership positions. I was so focused on my kids when it came to their own neurodiversity and assessments that it took going through years of that to finally say to myself, ‘Ah, I wonder how this applies to me.’”

In 2021, Oliver decided to get a psychological assessment and was diagnosed as being on the autism spectrum. While researching his diagnosis, Oliver discovered that his company had employee resource groups – but unfortunately, it did not have one specific to neurodiversity.

“The search brought me together with some absolutely amazing people, including my co-host Sean. He said that he was interested in doing a podcast. We talked about it and decided to do it about neurodiversity as it relates to tech and our lives,” Oliver said.

Each episode features O’Malley and Oliver discussing different aspects of neurodiversity, from autism to ADHD. The conversation includes discussions on what they’ve found online and their experiences being neurodiverse in the workplace. Oliver said they plan on discussing other areas of neurodiversity, including obsessive-compulsive disorder and post-traumatic stress syndrome.

“We want to equip co-workers and leaders to be more empathetic to the people around them and not to necessarily assume that the person is being a jerk. Assume positive intent. Each podcast, we peel back the layers. These can be more difficult subjects to cover, especially in a professional capacity. But I think if the world is teaching us anything, especially after COVID, it’s that we need to have these conversations. It needs to be normal to talk about these things,” Oliver said.

Educating people on neurodiversity is another goal of the podcast. Oliver said that many people are not familiar with the term or don’t have a good understanding of what it encompasses. He added that the podcast is a way to change how people view neurodiversity in their own lives or the lives of someone around them, including family members or co-workers.

One of the challenges for neurodiverse people is getting properly diagnosed. Autism is a constantly evolving set of definitions. Many of the tests used today did not exist for people when they were younger.

“When we were growing up, the conversation about ADHD had only just started and it had such ridiculous stigma associated with it. Like, ‘Oh, that’s the ADHD kid over there.’ But what people don’t recognize about ADHD is that, yes, there are issues with focusing. But, if you can find a way to harness it, then you get the opposite – you get a hyperfocus. Neurodiversity isn’t about being broken. It’s about being different – and what you can do with those differences versus focusing on what you can’t do,” he said.

Anyone can be affected by neurodiversity in some way, and Oliver wants people to know it is not a world-ending problem. He added that anxiety and depression are forms of neurodiversity where the brain isn’t working in a neurotypical way.

“It’s a story of empathy more than anything,” he said. “If we can promote any one thing out of talking about neurodiversity, it is to have people have conversations about how they live and work best. It’s generating the ability to be better people to each other.”

You can listen to Neurodiversity in Tech on all your favourite podcasting platforms, including Apple Podcasts, Google Podcasts, and Spotify.

Alex Kinsella is a content marketer and writer in Waterloo Region, Ont. He's behind TL;WR, the region’s events newsletter, and has worked with some of Canada's best-known tech companies in a multitude of roles. His work has appeared in BetaKit, Grand Magazine, Community Edition and other publications.
Care2Talk raises $1M-plus to launch generational care platform
News home
M-Theory: When bad behaviour contaminates culture