M-Theory: Why 'no one wants to work' 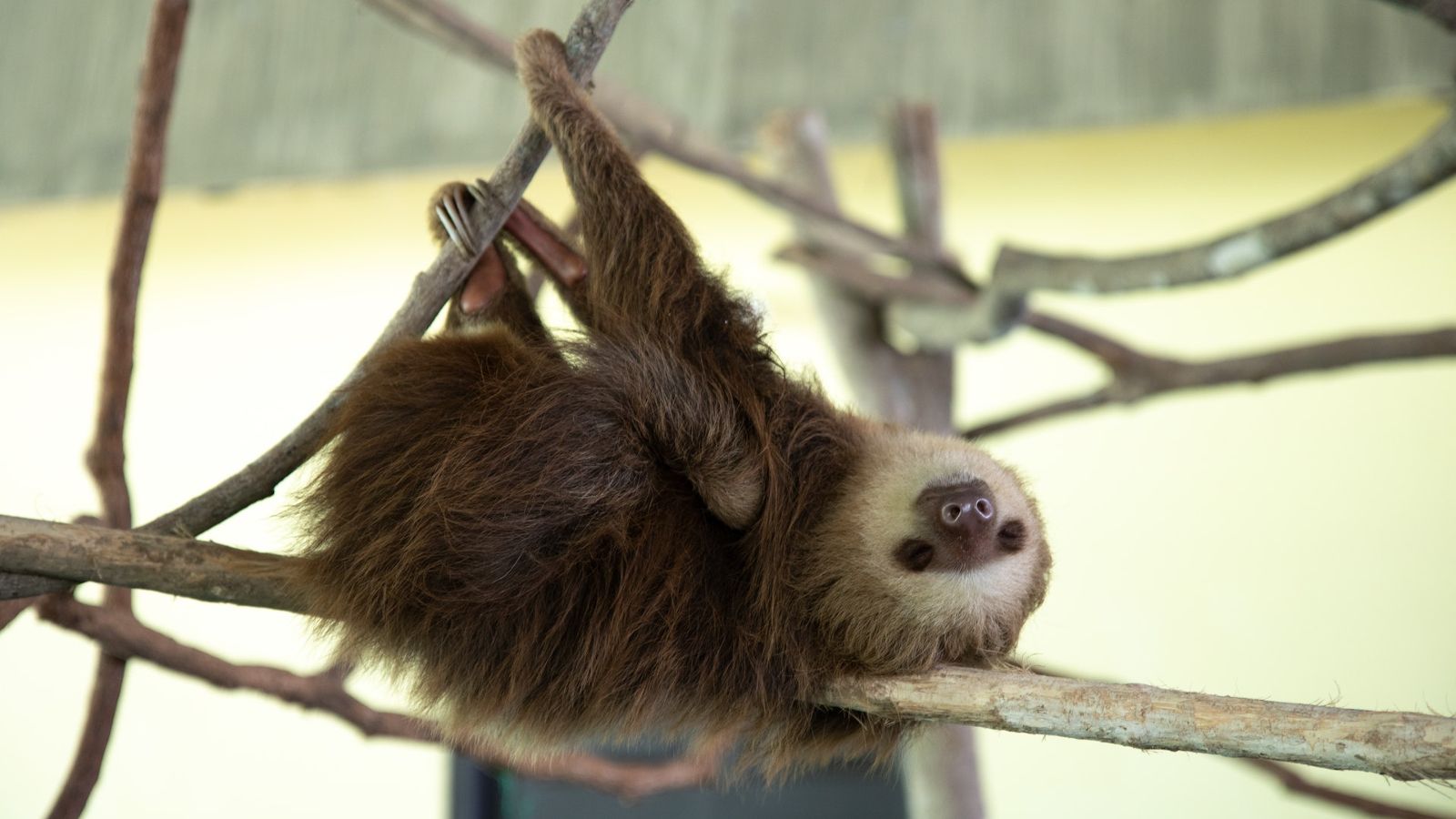 ( Photo from Pexels by Roxanne Minnish )

There’s been an increase in think pieces with hand-wringing and pearl-clutching around this pronouncement over the last three years, but it’s not new. It’s only recently that I’ve heard local people say it. I’ve heard it from businesses I suspect aren’t great employers, and ones that I know are. Curious.

A recent Twitter thread illustrated that this sentiment has been popping up and receiving coverage for more than 100 years. It almost seems like there’s some lesson we’re not very good at learning.

Earlier in the pandemic, when people asked for basic health protections and to be treated with basic human decency, they were sneered at and told that if they didn’t like their jobs, they should quit and find better ones.

It turns out that good jobs and good working conditions are a public health issue. Oh, and the military is in the same boat (or tank, or plane). We also don’t have enough veterinarians, due to burnout and a shortage of new graduates. And apparently in Canada, retirement is also increasing for demographics as young as 55.

It’s not an isolated phenomenon, by any stretch. In some cases, well-educated and well-trained professionals are burning out and leaving their professions. In others, jobs have been (inaccurately) framed as “low-skill,” which also tend to be low-paid and unstable.

Y’see, society, as we have constituted it, has steeped us in the Protestant Work Ethic. It had to for capitalism to work. The motor simply does not run without exploitation somewhere. And to maintain that, our reaction to the very idea of people not pulling their weight has to be visceral. It has to be moral.

However, let’s try a mental exercise. Buckle up; things are going to get philosophical.

Now, sit with that for a minute. Especially if you’re a business owner or people manager. Whether you’re thinking of your barista or an ER nurse or your boss at work – there’s a very good chance that they do not want to do their current job, and that they don’t want to work. At all.

Maaaybe they have some implausible fantasy they dream about on particularly rough days, like running a beach shack in the Caribbean selling piña coladas. But quite likely they don’t want to do anything. For anyone. Indefinitely.

So what’s your gut reaction? Is it a moral judgment? People getting something for nothing? Such laziness… Sloth is a sin, you know. There’s a pretty good chance some of that came up. Let’s think about that for a minute.

By that logic, if you don’t dedicate a third or more of your life to doing something you don’t want to do, and is likely of no benefit to yourself or your family, except to make enough money for food and shelter and such… you should just… die? Because we’ve been there. At plenty of times and places in history, there was no social safety net. Your life’s only value was as a means of production.

Work is – for most, I would argue – not about what we want to do, but about how we want to live, and what we’re willing to do, put up with, or sacrifice to get there and stay there (pay is called compensation for a reason). Now, for some that means a nice house, maybe a cottage or a boat, or even just putting the kids through university. For others, it means not wanting to have to live with roommates in your 40s, or not being hungry, unwell and unhappy all the time.

Now, you’re probably thinking that you’re no monster and you don’t actually think people should die if they don’t work, but aren’t you? You just want to stop the train of thought before it arrives at the terminating station.

But we’ve built a world wherein people can’t just live, can’t deserve to live just because they are here and alive and are fellow humans. You have to earn your keep. The machinery requires it. How are we different from crops or livestock, exactly, come to think of it?

So, say you’re someone who needs people to work for you. Let’s assume this lack of desire on the part of the people formerly known as workers to do paid work isn’t a fad. Let’s assume that from here on in the response to “no one wants to work” is “no, they don’t” followed by nothing but awkward silence and your fuming.

Let’s assume that the machinery never manages to flip the script again so people are sufficiently afraid for their ability to pay rent and feed themselves that whether they want to work (for you) or not is irrelevant, and not possible for most. (Kind of like the millions of people in the U.S. relying on their jobs for health-care coverage.)

An important function of your job now, and indefinitely, is to make people want to work for your company. Hmm. Do they cover that in MBA programs?

I can just imagine some of the resulting “marketing” efforts, can’t you? There would be some cases where it’s decided to just offer more money – as little as possible, mind you – which would have some success. But it wouldn’t be a lasting solution. I’ve seen plenty of situations where people agree to stay somewhere for more money. It never lasts long. Money makes a very poor Band-Aid over unaddressed systemic issues.

Some would lean into that Protestant Work Ethic and old school morality and try and guilt you into coming to work for them. What are you doing with your life, you sad sack? You’re a shiftless drain on society. Get your butt into this Aeron knock-off chair and make yourself useful. Earn your keep.

What percentage of companies do you think would actually undertake a massive operational and cultural overhaul? How many would take a hard look at themselves and evolve into an entity where people would want to spend their time and effort, and would recommend to others? Where they could cultivate a sense of belonging, of helping people and making a difference, enabling people to learn and grow and develop skills, ensuring everyone is valued, protected, nourished, and well-compensated?

Notice I didn’t mention what the company actually does. Because I don’t think most people are actually wedded to that. Capitalism is not fertile ground for callings.

Here’s another interesting exercise. Pretty much every job has aspects you don’t like doing. They’re necessary, but you would offload them in a second if you could. But

I wonder… Do you think for every person who doesn’t like X parts of their job, somewhere there’s a Y person who LOVES those parts of the job? Imagine if, for every job, we could connect those two like magnets.

It seems like an incredibly fiddly and expensive thing to figure out, and I’m sure a lot of employers would see it as paying twice as much for one job. But imagine what that could do for job satisfaction. And surely we have the technology by this point to make such identifications at scale and at speed. Would that make us want to work?

Realistically, most people will continue to work. Most of those “no one wants to work” folks actually are working. Just elsewhere. Most jobs and companies aren’t going anywhere. But some companies are going to have to figure out something else – because the way they built their businesses, the way they have done business, isn’t working anymore, and it’s hurting them. Some are turning to pretty wild measures (that, frankly, are not going to be great long-term) to try and get the bodies they need, even for a while.

Some businesses will fail because “no one wants to work.” Remember when some places banned migrants and “illegals” and then, all of a sudden, the crops were rotting in the fields with no one to harvest them? Funny how that works. Some businesses and services just won’t work the way we were used to anymore. Maybe consumers will have to get used to being catered to less. Maybe the robot-run sci-fi future we were promised is on the horizon. I don’t know.

Younger people, I imagine, are rolling their eyes and perhaps grinding their teeth in frustration. Because Millennials killed work as well? No, but as it happens, the cohort that includes a lot of those who don’t want to work is also the one that will never be able to afford to retire. It almost seems like there’s another lesson we’re not very good at learning.

Melanie Baker has a Mennonite background, a career in tech, and enjoys the unlikely ways these things complement each other. She enjoys writing, working with geeks, building communities, baking and creating fanciful beasts out of socks.
Tapping more than kegs
News home
Roundup for September 2022