M-Theory: What leaving a job leaves behind 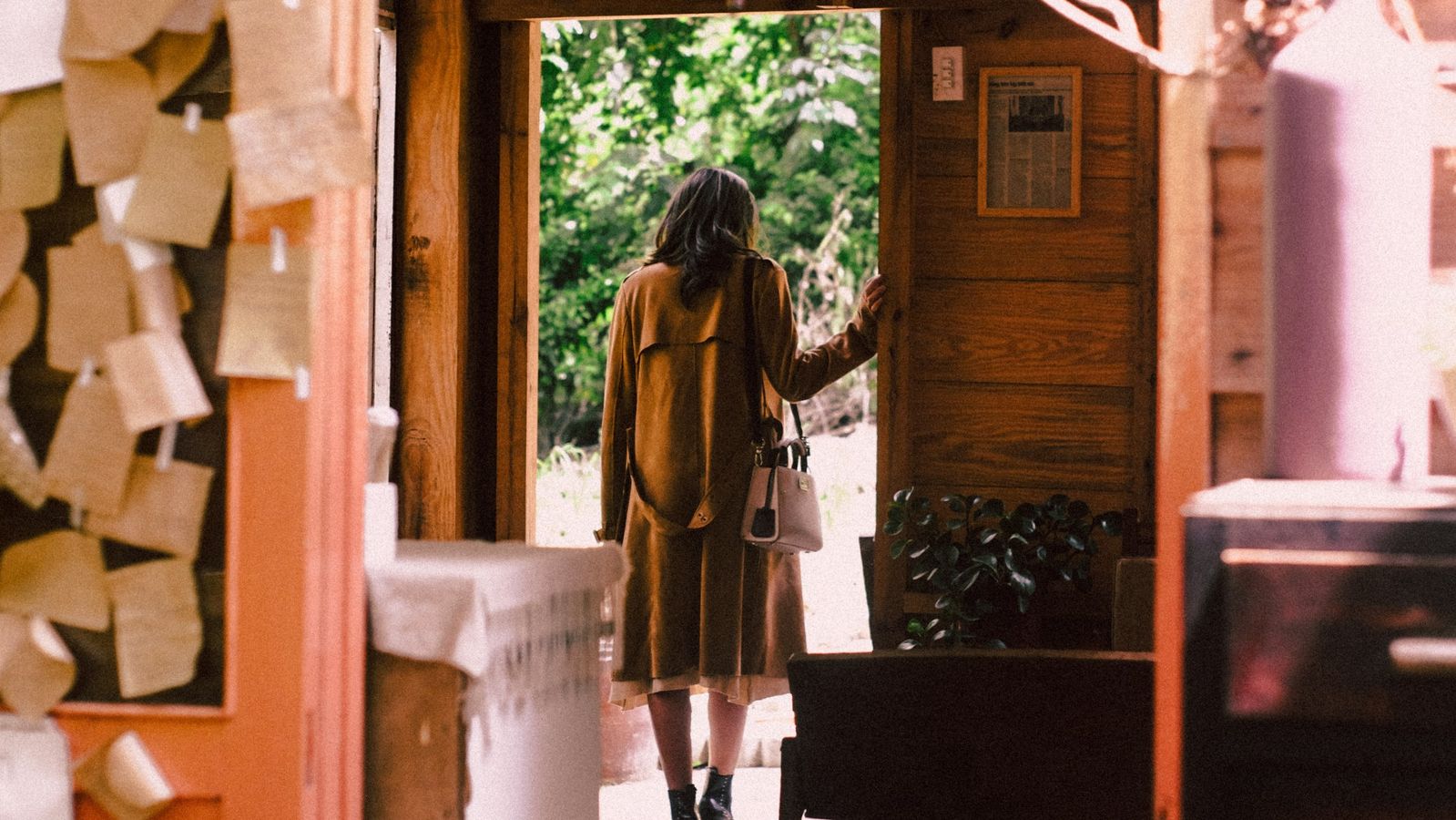 ( Photo by Duong Nhân from Pexels )

People are going to quit. It’s not necessarily a bad thing, unless it’s being described as “churn rate.” Then it’s probably a bad thing. Though I also sometimes wonder about companies (Hotel California excepted) that publicize that no one leaves.

Change is as constant in business as in the rest of life, and in tech it’s pretty much a religion. Always onward and upward, disrupting and innovating. That means people need to start doing a thing, get good at it, then move on to do new or harder things.

If no one leaves your company, how can the staff change and evolve – in their skills, experience, goals, etc.? How can your company evolve? It can’t, really, if all the same parts are doing the same things day in and day out, indefinitely. I’m sure there’s the odd disproving exception, but both seem fairly impossible, the former particularly so.

I imagine we all know a person or two who’s retired from a company after decades and decades working there. But I know I can count them on one hand, and none of them worked in the tech industry.

Startups, small companies and companies in newer industries generally tend to hire more young people. They’re fresh and game for anything, they’re more willing to work long and hard, you can pay them less, and at that point in the company’s lifecycle there’s typically less need for the kinds of skills and experience that more senior people have.

But those energetic and motivated newcomers won’t be newbs forever. They want to learn and grow and advance in their careers. They want more experience and opportunities and more money.

In some cases, there might be good advancement opportunities in the same company, either moving up in the same type of role or department, or broadening skills and experience by moving to a different department. But that tends to require a company of a certain size, and with smaller companies there are probably very limited places to go, and a growth rate too slow to guarantee you the opportunities you want when you’re ready for them.

More established companies also tend to have more resources to attract and retain people, junior or senior. Being underpaid puts limits on folks and, especially as we get older, being able to work for below-market rates becomes a luxury fewer and fewer can afford. Or at the very least the restrictions it puts on how you can live, and how willing you are to put up with the crappy stuff, start to chafe more and more. (That said, I can pretty much guarantee that your tolerance for what you think you can put up with for a lot of money is lower than you think.)

If you’re not being decently compensated and also aren’t learning or growing… that’s a pretty good sign you’re at a company that sees you as nothing but a cog, with no incentive to change as long as it’s working for them. That’s also a recipe for exodus.

When people start leaving companies it can become kind of infectious. We’re influenced by those around us. Someone you work with leaving the company will likely get you thinking more about your own role, satisfaction and goals. Where are they going? How green is the grass on that side of the fence? Even if you’ve been pretty happy, it can start a “What if…?” cycle.

If you’re already not happy, well, that first departure could start a domino effect. Especially if the team is already struggling and now trying to manage an increased workload. Maybe it’s just within a department, or among a specific group (like after an acquisition or reorg), or it could be spread out across the company.

If a bunch of people’s shares vest or some other financial incentive comes to pass, and that was the main reason they were sticking around, there’s a pretty good chance you’ll be losing them, too. Or, less positively, if the company overall isn’t doing well, especially if layoffs have happened, you can also expect people to take matters into their own hands.

Thing is, unless there are criminal or legal issues (which isn’t the norm, I hope) on certain fronts, the reason someone leaves is irrelevant. (Exit interviews change nothing.) How are the company and its remaining employees positioned to handle a departure or multiple departures? Companies can be prepared for this, but most of the time they aren’t, really.

If a team is down a body, are the remaining team members going to be crushed by the extra burden of responsibilities, even temporarily, until someone new is hired? Is there even anyone qualified to pick up the slack? People are expensive, and running too lean has become the norm. Which barely works, until it really doesn’t.

By the way, if a company’s standard reaction to people leaving is to not hire and just expect the remaining team members to keep picking up the responsibilities, you should probably jump ship ASAP.

How do departures affect hiring? It may seem weird to think about folks quitting as relevant to the hiring process beyond just making it necessary, but I’d argue it could be fairly important.

When you hire, you should be considering what you can offer people. Not just today, which you already know, but in a year or two or five? Like, realistically and concretely, not just HR template fluff. Presumably companies don’t actually want to hire people they expect to quit in a year or two to find better opportunities. (Though honestly, with the way some companies act, you’d wonder.)

What career paths exist in your company, and if there isn’t one for a given role, are you prepared to admit that if candidates ask? Even if they don’t ask, you’re probably trying to hire the kind of person who wants to grow in their job and advance. So in a sense, if they’re not going to be able to grow with you, by hiring them you’d be setting them up to fail and causing difficulties for the team (and possibly the company) when they pretty much inevitably leave.

How well have you forecasted your company’s growth? Not just product and revenues, but literal human resources. Not even just roles, but the kinds of skills and personalities you want on teams. What’s critical, what’s the wish list, and what could be interesting yet unexpected and help with more original thinking and unexpected endeavors?

You may not need someone for X role today, but you will within two years. It might be really good for the company to hire someone now who’s a bit junior. Then you have two years for them to gain experience and domain knowledge so that, when the time comes, they will be a perfect fit for X role and can be promoted into it. Then you only have to hire, onboard and train up a more junior position.

Or, we could build into our hiring and training the expectation that people will leave. Kind of like good parenting. Hire a wide variety of people. Get folks with non-traditional backgrounds into roles where a lot of people don’t tend to look like them. Help them grow into the best possible employees who are both good at their jobs and care about others. Provide them the best possible environment so that they don’t want to leave, but build enough confidence and curiosity that they will.

When they do leave, they’re going to be amazing for the teams, products, customers and companies where they end up. Even better, they will start hiring and training and mentoring people using those foundations, creating a fabulous chain of competence, creativity and efficiency.

It’s good to remember that we are always teaching and influencing others, one way or another.

A lot of companies and managers would argue they don’t have the time, resources, etc. to focus on people that much. They’ve got operations to run. But building the best people is the best thing you can do for the company, both short- and long-term. Aim for a real legacy. The smaller you think, the more you limit yourself, your people and the company’s potential.

Some managers will choose to believe they don’t have the bandwidth – they’re already overloaded with operations and emergencies. Some will be great managers… just not great people managers. Pity they get to make hiring decisions. All too often, I suspect those kinds of folks were never taught how to build people up while they were rising in their careers, either.

If you’re someone who thinks that’s squishy nonsense or a waste of time, maybe take a moment and consider why you think that, or when it started. Think about when you were younger and newer in your career, and what would really have helped or engaged you.

Or maybe think about how you feel about your job and if you’re the one who could use a shake-up and a change of scenery. You might be doing your team a favour.

Melanie Baker has a Mennonite background, a career in tech, and enjoys the unlikely ways these things complement each other. She enjoys writing, working with geeks, building communities, baking and creating fanciful beasts out of socks.
Halma acquires Kitchener-based Deep Trekker
News home
Bonfire celebrates 10 years of public procurement innovation