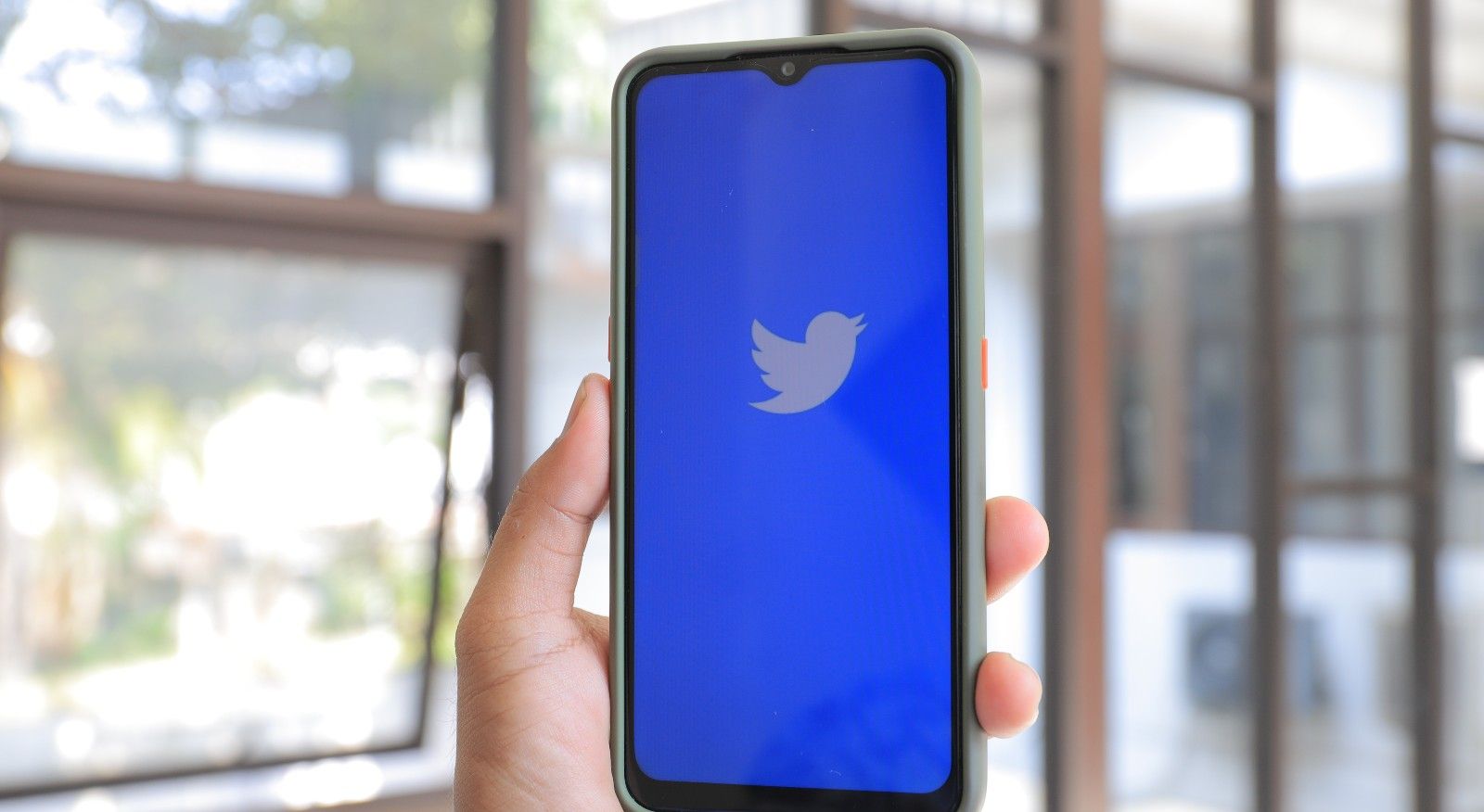 As of this writing, Twitter is still working, even with the World Cup having kicked off. Apparently that’s a challenging event for the platform, from a load perspective, at the best of times. And, uhh, it’s not the best of times at Twitter these days.

There is no shortage of coverage of what a mess things are at Twitter. But what I find fascinating and enraging and depressing is what this debacle is doing to communities. Some unravelling has already occurred, and I feel fairly confident in saying it will continue if the platform’s current trajectory maintains course.

People are migrating to various other platforms new and old: Mastodon, Tumblr, Hive, etc., but these platforms are creaking and groaning under the sudden influx, many don’t have feature sets that are as mature (many are run by volunteers or tiny companies), and there is already friction between established residents and the new folks who aren’t happy about departing the “birdsite,” or that the new neighbourhood is different from the old.

Needless to say, the conditions for communities to gel and thrive aren’t exactly in play and won’t be for some time.

There is an internet social history lesson that the platform centralization we’ve seen over the last 20 years – and the giant corporations that own the platforms – is newish. It represents a very specific era, and I think another 20 or more years hence it will make for a very interesting case study, dissertation or dystopian sci-fi. Twitter has been around for 16 years. Facebook for 18, Instagram for 12. TikTok is newer, at only six, but it’s also not the first of the short-video apps.

Sure, there were earlier platforms that we joke about now, but they didn’t have the longevity or grow as big. They were test runs.

Prior to the last couple decades of the Social Media Era, the federated or distributed internet was a lot more common. There were tonnes of communities, but they tended to be smaller and often more focused. The barrier to entry was often quite high, especially the less tech savvy you were. There wasn’t a single town square where everyone could just show up. Of course, there were also fewer people online to make up “everyone.”

This meant you tended to congregate with people of similar interests, demographics, etc., who you’d gone looking for, or been invited to join. There was less exposure to people with completely different backgrounds, ideas, jobs, etc. There was less verification of who you said you were, too. At the same time, there was also less exposure to scammers, trolls, abusers and worse.

But when platforms that enabled that big ol’ town square showed up, so did we. They were convenient, bringing new features and functions, new people, more attention, higher engagement, and monetization. Most people got used to this broader access to… well, everybody. Some never got a taste for it, or tried it and left to go back to the smaller places, for various reasons.

Interesting to note that when we’ve previously left large(ish) social platforms, we did so because something “better” came along. More interesting, more people, unique hook, the aforementioned new features. If Twitter fails (either through going offline or from user exodus), it won’t be because of that.

It’s a regression of sorts. People are leaving for smaller, more niche platforms with fewer people and more limited features. Not entirely. Plenty of people have been sharing their Instagram handles, but no one’s giving out Facebook information that I’ve seen, and all the other services, as noted above, are a fair bit smaller.

In some ways Twitter has an outsized influence compared to its number of users, which is reportedly around 450 million. By giant tech company social platform standards, that’s actually not a huge number, even though it would make Twitter the third most populous country on earth.

One of the issues with trying to serve (or at least manage) that many people, or as many as possible, really, is that most things get generalized and a lot of things fall through the cracks. Combined with a drive for ever higher engagement and making money, it can and has resulted in real harm. The number of times I’ve seen people get a response of “does not violate community standards” for reporting truly horrifying content or commentary is unconscionable. And policies have already been rolled back under the new management, in the service of “free speech,” presumably.

One could argue that if rape threats or calls for genocide don’t violate your community standards, you don’t have a community or standards. Unfortunately, you have a whole lot of very dry tinder just waiting for an inevitable spark.

Plenty of people have greatly benefited from being on Twitter. It has played a part in people meeting friends or partners – romantic or business – or mentors or employers. People have been exposed to and learned from those they might never otherwise cross paths with in day-to-day life.

There’s been access to some of the finest minds in the world, particularly as events are taking place. Science, history, politics, technology, medicine (especially evident during the pandemic). You can just… ask stuff. You can stumble on delightful rabbit holes with threads that tell short stories or share snippets of fashion history or photos taken by robots on Mars.

Twitter has been part of political activism and actual revolutions. It has enabled people to speak truth to power and speak out in places where there is an actual lack of free speech. It has also enabled the rest of the world to see at least parts of what’s really happening in these places, even with media blackouts or propaganda rampant. Sometimes this means coming virtually face to face with cops beating unarmed and peaceful people, other times it’s chuckling at Ukrainian farmers towing yet another Russian tank.

Sometimes it’s even more frivolous and we all gather ‘round the virtual water cooler to argue about the colour of a dress or hop on the latest meme train. This is also community. It helps enable a feeling of familiarity and belonging. That guy can’t be so bad if he can make me laugh this hard. In this way social platforms offer an embarrassment of riches.

Plenty of journalists would have much less visible careers without Twitter, which in turn has enabled them to bring ever more important information to the masses. It’s also invaluable for many creatives, especially authors, not just to connect with other authors, but readers as well. It has helped fund assistance for victims of mass shootings and teachers’ classroom wishlists.

There are communities on Twitter whose cultures spread and influence mainstream culture. Think Black Twitter. (Probably Scottish Twitter, too, though I admit I can’t always understand them.)

People have found information, support, a crying shoulder or a cheering section for everything from pregnancy to PhD programs to job promotions, and from birth to death. Sometimes it’s nothing so momentous or serious, it’s just a lot of people having a good time together. The only way to watch the Olympics or the Oscars is with a few dozen of your closest, snarkiest, invisible friends with comedy set to stun.

There are places where the right to internet access has been codified into law. I think there’s a strong argument for a comparable right to community access (and responsibilities when accessing it). Which, unfortunately, you’re never going to get with massive social platforms run by huge companies or capricious billionaires. It’s “tenancy” online in the worst way, and I’ve covered the dangers of that here plenty of times already.

However, it’s never all sunshine and roses. Humans are too messy for that. As much as Twitter has been a value-gathering place and platform for building communities, it has done equal and opposite amounts of harm. People have been threatened, harassed, doxxed, had their mental health destroyed and physical safety endangered, and been driven off the platform. It has spread misinformation and hate that has contributed to increased political polarization, anti-vax momentum and hate crimes.

By no means is it a universally safe space, nor has it ever been. Nor will it ever be, due to the need for revenue, the aforementioned dilution of policies and the inconsistencies of their application. And of course the prominent positions of some of the worst abusers.

Of course, with smaller platforms and less corporate administration and moderation, there’s no guarantee of pleasantry or safety, either. In that case your complaint or appeal may just be down to one person, rather than a department or some AI. Not to mention that when they’re less developed, some of the features they’re missing may be the ones that help keep people safe, or even just make using the platform more equitable for everyone.

Now, with something like Mastodon you can pretty easily port your account to another server, as each one has its own policies, rules, and admins and mods. But how likely are people to do that? How much trust erodes with every incident? When do you just give up? Social platform tenancy will always have risks.

Without the single, relatively easy-to-use, familiar, established town square, some people will vanish. Sure, plenty are fumbling around on other platforms, and eventually we’ll see what sticks and how people decide to use them. Maybe Twitter will somehow survive and be OK and we will find a way to continue to be OK on it.

But others just don’t have the time, interest or mental energy to dedicate to it. There’s nothing wrong with not being able to recommit, but what’s unfortunate is that plenty of those people are the ones who most need a community handy. There are also those who can’t access comparable communities in offline spaces. Online communities in places like Twitter can be the best option for people to connect, advocate and thrive, and/or provide opportunities for low-friction interactions and support without demanding more than they can give to reach out for it (or have people who do the reaching out so they don’t have to).

As of finishing this writing, Twitter is still working. Today on the platform I learned about silicone scar gel, how English works as a stress-timed language, found some interesting books on best-of-the-year lists, and enjoyed pictures of dogs. (Did you know that Great Pyrenees/beagle crosses exist?)

If tomorrow Twitter serves up only a Fail Whale, I’ll be all right. I’ve moved and explored and rebuilt online before, like many. But it’s been an anchor for a lot of experiences and learnings and relationships, and I would grieve that, as would many others. The communities wouldn’t be replaced or reassembled any time soon. There will be things that will be much harder to accomplish without it.

Do billionaires even have communities? I doubt it. Seems extra unfair that they should be able to so easily yank them out from under the rest of us.

Melanie Baker has a Mennonite background, a career in tech, and enjoys the unlikely ways these things complement each other. She enjoys writing, working with geeks, building communities, baking and creating fanciful beasts out of socks.
Ukrainian startups – a story of resilience
News home
Data management is a ‘team sport’