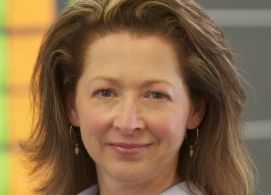 Our Girl Geek Dinners chapter recently got together at Centre in the Square Members’ Lounge. Carol Leaman joined us for her second Dinner appearance, this time talking about her startup, Axonify, its background and the neuroscience upon which the software is based.

A full recap of the festivities is here. This column will look at some of the broader startup lessons learned.

You’ll always get a wealth of experience and insight whenever Carol’s in house, and that evening was no exception. Whenever she grins and says, “Well, let me tell you…”, you’re in for a ride. Her best lessons are in story form, and Carol’s one of those people who just seems to attract adventures.

Our startup education began with Axonify’s founding. The software began as a custom tool built by MFX Partners for a client, but for a number of reasons was never developed beyond that. After her last startup, PostRank, was acquired by Google, Carol was approached with several offers. Seeing the potential in the pre-Axonify software, she put her money where her mouth was, investing in and taking over the company. Who says you have to settle for others’ offerings?

Carol’s experience enabled her to see the software’s potential. She had been a manager in need of competent staff, and had suffered through terrible corporate training. Many a great startup has been born to solve the founder’s problem. In Axonify's case, the solution is corporate training delivered in short, gamified, repeated intervals so that employees remember vastly more material and are rewarded for their progress.

Next lesson: you can’t be afraid to call the baby ugly. The company had been branded “17muscles”, which had a number of problems. When it takes longer to explain the company name than what the software does, you’re on the wrong track.

Rebranding to Axonify was a nod to our brain function -- the basis of the software’s interaction -- and at the same time sounded general enough that it didn’t distract from what it actually does. Founding a company is not about how clever you can be.

Next came culture development. Some of Carol’s first actions were to hire VP-level staff (sales, marketing and development), people she’d worked with in the past. In this way she brought known skills, experience, and personalities on board. (And some risqué jokes about the female-dominated nature of the team early on…)

She knew they would gel, and it enabled the team to ramp up quickly. The clearest path to success for Axonify was rapid customer acquisition. Additionally, with these people as her management base, Carol could be confident in the staff that they would in turn hire. Another good startup lesson: be able to rely on your team to execute.

The market Axonify addresses is a $130-billion opportunity. That’s serious money, and a glaring problem. Carol has said Axonify’s product is by far the easiest pitch of the companies she’s worked for. Everyone just gets it.

Having helmed more than one startup in a nascent industry, Carol understands the pain when they don’t get it. The lightbulb has to go on, and quickly. And no, descriptions like “it’s like Pinterest for accountants” won’t cut it.

Fortunately, Axonify solves big problems very quickly, and with results that mean lots of dollar signs. Like saving Walmart $300 million a year just in their distribution centres. Management tends to be data-driven. There is no stronger data drive than cost savings. Those obvious benefits have served Axonify well to date in winning both customers and awards.

One of Carol’s wild trains, planes, and automobiles anecdotes about Fortune’s Brainstorm Tech Startup Idol competition imparted the importance of being highly adaptable, in everything from getting there to tweaking her presentation just before taking the stage. She could see and learn from other teams' pitches and the judges’ responses what would get her the best results.

Being a veteran of the tech space and startups and of making presentations gave Carol the accumulated experience and knowledge to maintain confidence while being flexible, resulting in the win, and great coverage.

You can’t create a successful startup in a vacuum. Get out there and regularly refine your craft. Which leads to another key message Carol shared, particularly when asked during the Q&A “how she got to here”. You need to care. Buy in to what you’re doing and give it 100 per cent. Because if you don’t, you’re going do a half-assed job and it will show.

Plus, hard work and dedication are infectious. They will inform how people work for you, how potential customers respond to you, and your reputation and opportunities in the greater community. There are plenty of reasons why Carol is constantly sought out to lead companies, sit on boards and speak at events.

When she started at Communitech as its first executive in residence, she didn’t think she’d have anything to do. Unsurprising to anyone who knows Carol, however, every single company she contacted wanted to meet, and her schedule remained jam-packed through her tenure.

Carol’s presentation ended with this quote from Mark Twain: “If you think knowledge is dangerous, try ignorance.” Interestingly, this reflects my experience knowing Carol as well. She’s never been afraid to admit what she doesn’t know. Being CEO doesn’t always require her to be the smartest person in the room.

What is a priority is asking questions, always learning and surrounding herself with the best people who possess the skills and knowledge that she doesn’t. Add that to a collaborative and curious culture and it makes everyone smarter and better at their jobs.

Really, we could have Carol as our speaker every month, and I’m pretty sure we’d never run out of stories or startup lessons. However, as someone who’s known her for some time, it’s always great to be able to “share” her with those who’ve never met her, and to add to my own startup skills arsenal.

Melanie Baker has a Mennonite background, a career in tech, and enjoys the unlikely ways these things complement each other. She enjoys writing, working with geeks, building communities, baking and creating fanciful beasts out of socks.
View from the 'Loo: VeloCity Foundry to be a forge for hardware startups
News home
Keeping it Togethr