M-Theory: Sizing up job candidates in an online world 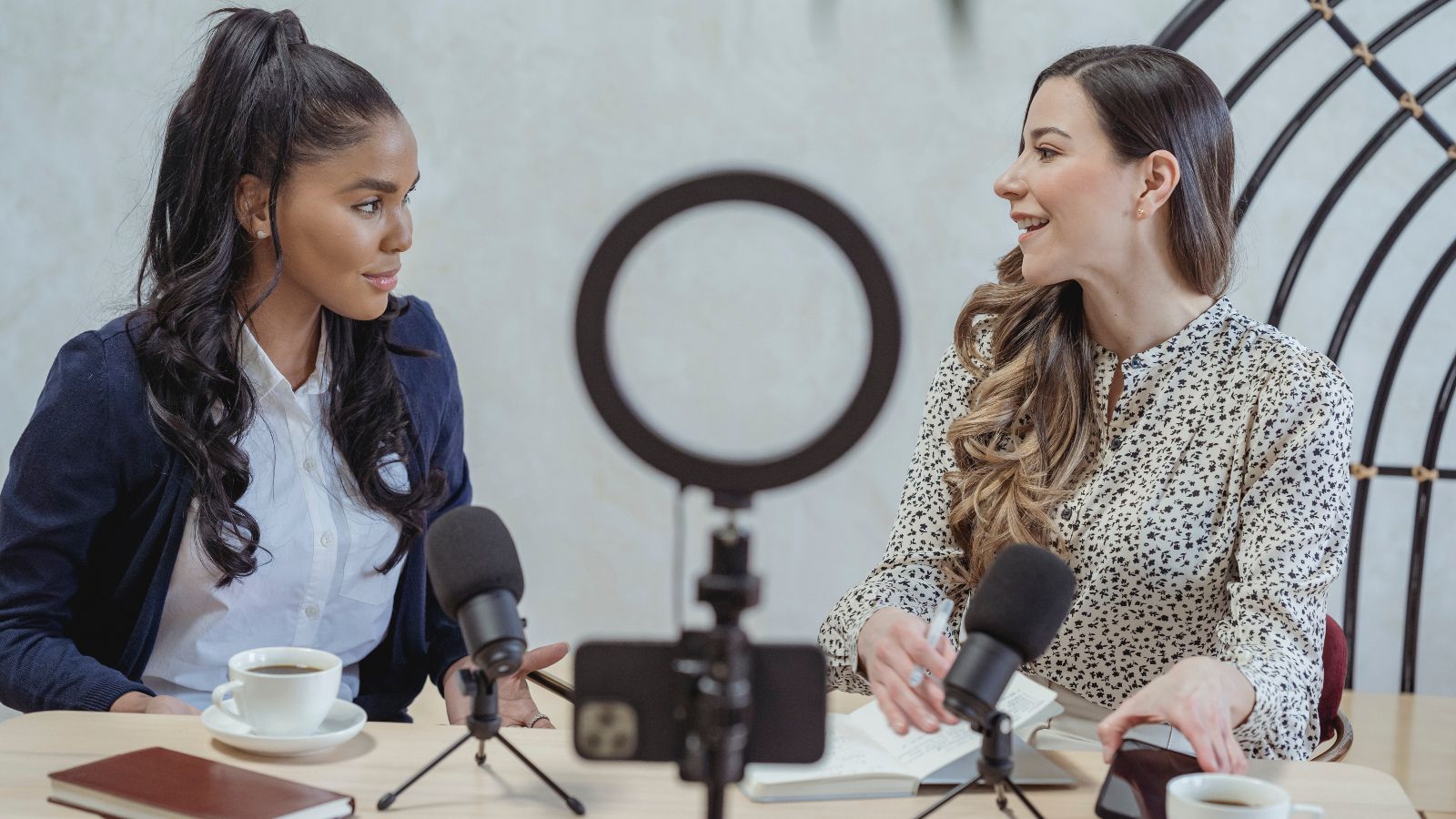 Humans are bad at hiring people they can see. Because of this bug, the most lucrative career move one can make is to be a tall, thin, attractive, cisgendered white man with a family and a limited-to-indiscernible accent. Unfortunately, that’s something the majority of people on the planet can’t readily pull off.

Some companies make an effort, having musicians audition from behind screens, redacting names from resumes, etc. But the kinds of issues people face in trying to get hired don’t vanish once they have a foot in the door. And you can’t leave your skin colour, body type, gender expression, age, religious accoutrements, etc. at home for the day and just put them back on when you get home.

It almost makes the hand-wringing and think pieces of yore seem quaint, when they bemoaned the odds of the youth ever having careers, what with their tattoos and their nostril piercings. Who would hire them?! OK, Boomer…

Since we often can’t meet people we’re interviewing in person with remote hiring (Zooms are still pretty limited), we’re inclined to lean even harder on what we think to make decisions about people, even if we don’t realize it. Trusting your gut is more about trusting what you know. Which is biased.

But wait, it gets worse. There’s a whole other dimension of data out there that can be readily accessed and assessed, and that could make people potentially unhireable. You’re presumably using it right now to read this. The internet can record so, so much, and expunges so, so little.

People my age joke about being grateful that we grew up pre-internet, but we’re not really kidding. A few dumb Polaroids in a box somewhere – who cares? But Facebook, Twitter and some other social platforms are older than my nieces and their friends, all of whom have never really known a world without broadband or cellphones.

Taking a picture used to mean something, and we had a lot less control over the results (which we likely wouldn’t see for days, if not weeks). But now, there’s this paradox of seeming to record everything while at the same time filtering one’s brand/messaging to the nth degree.

Humans, being the curious sorts we are, take advantage of the potential wealth of information out there. We google things. We google people. Dates, potential bosses, celebrities, that kid you went to camp with in the late 80s who randomly came to mind, someone who said something stupid on Twitter…

Of course job candidates get googled. Hell, plenty of people include assorted links with their resumes, so you can save a step. Sure, perhaps the lookup is just for examples of a candidate’s work or related activities and memberships, but let’s be realistic. It’s to try and figure out who you are and how (un)desirable an employee you might be.

What do you say online, to whom, and is it incendiary, ignorant, or rude? (Disclaimers like “my tweets are my own” are really just for the benefit of existing employers and such.) What do you do on weekends, even though it’s most likely no one’s business?

We have very much arrived at a point where social media can be weaponized. We’ve seen old posts get dredged up on any number of occasions where someone has said or done something objectionable, and publicizing has sunk their prospects (at least temporarily) in show business, politics, etc. But it can just as easily be applied to regular folks.

Certainly, there are circumstances where such applications of social content can be a legitimate use. Showing a consistent, long-term pattern of behaviour that someone denied or claimed was a one-off moment of bad judgment, that sort of thing. But the internet is terrible for context. No one looks at how long ago you said or did the thing, and sometimes it can be stripped out and made to look like it just happened.

This ubiquitous availability of messy information has pushed us to another degree of remove from each other. We can (and do) now make substantial judgments about people we may never have met based on things they said or did a long time ago. And to throw another spanner in the works: Do we really know if they said or did those things? Accounts can be taken over, images can be photoshopped, entire videos can be faked…

A person could be discarded as a viable candidate for good jobs based on online content (that they may have entirely forgotten) and never even know. Which is rough when you’re young and trying to get started in a career. Even rougher when you’re 40-something and losing out on opportunities because of something you said 25 years ago when you were someone you long ago grew out of being.

We have not yet figured out how to productively process and contextualize this information. Or apply the arbitrary “rules” to everyone evenly. Because we don’t all get judged the same way for the same actions. (If you say or do terrible things online it helps to be “promising.” And young, and white.) The weaponization is the only thing we’ve really gotten figured out. The way the state of discourse continues to go, I don’t see us developing those critical skills any time soon. So be smart and be careful about what you get up to online and where, k?

Perhaps we should also consider that things someone said or did (and may continue to do) are perfectly intelligent, caring, legitimately angry and valid responses to the world. Like, say, protesting destruction of the planet or the homelessness crisis or the murders of Black people or Indigenous children. Is it really any stranger’s business to judge what they care about, how much, and in what ways in their lives? Even in a hiring context?

So it happens that seeing such content made the specific hiring manager “uncomfortable.” Even though the person might otherwise be the perfect candidate who’d bring a lot to the role, team, and company. And probably wouldn’t be protesting loudly during work hours. But… likely result: not a good fit.

Now, I can see employers and hiring managers pushing back. They have their corporate culture to think of and their customer experience and their team dynamics and legal liabilities and a whole host of other potential excuses. Of course, if the bad fit is someone who spews racism, misogyny and other crap online, definitely give them a pass, even if they’d be squeaky clean and perfectly pressed in the office.

Of greater concern are the people who know how to hide what they’re up to so that the average joe is never going to see it. But generally, toxic people tend to be toxic out loud. As the saying goes, when someone shows you who they are, believe them.

Sure, it’s possible that a perception of bad fit is accurate. But as I and many others with far greater expertise have written about: a) we are a lot more biased than we tend to realize and are usually willing to admit, and b) good “fit” isn’t really what you think it is. Much of the time hiring for your definition of fit just makes your team more homogeneous, weaker and boring.

It’s also like folks forget that compartmentalization, social context, and code switching even exist, and that literally everyone does these things every day. Especially folks who aren’t tall, thin, attractive, cis, white men. Like, you don’t think people know how to act at work? You don’t think people have known for years, and learned who to be probably before they ever had a job? You think anyone is the same at work as they are the rest of the time? Anyone who doesn’t get these social necessities should never be in charge of hiring.

You don’t really know who you’re assessing, or interviewing, or working with, and they don’t know you. That’s how society, as we have constituted it, works. You only know enough, because you’re only exposed to so much of any given person.

Frankly, a lot of workplaces would benefit from people who tried to fit in less. Though I am aware that thanks to many negative factors they rarely stay, even if they do get in the door.

It’s fascinating that we’re now in a world where it’s much easier and much harder to hide who you are. You can curate your desirability, but it’s nearly impossible to control every last bit of your persona. Personally I’d be more concerned about someone whose online life appeared perfectly curated.

Given how fraught it can be trying to figure people out from indirect signals, it’s almost like we’d be better off not digging into those sources at all if we don’t know those sources’ full context – and instead, say, base our impressions on actually interacting with people.

Melanie Baker has a Mennonite background, a career in tech, and enjoys the unlikely ways these things complement each other. She enjoys writing, working with geeks, building communities, baking and creating fanciful beasts out of socks.
Axonify acquires Nudge
News home
High flyers