M-Theory: What I've learned from six years of remote work 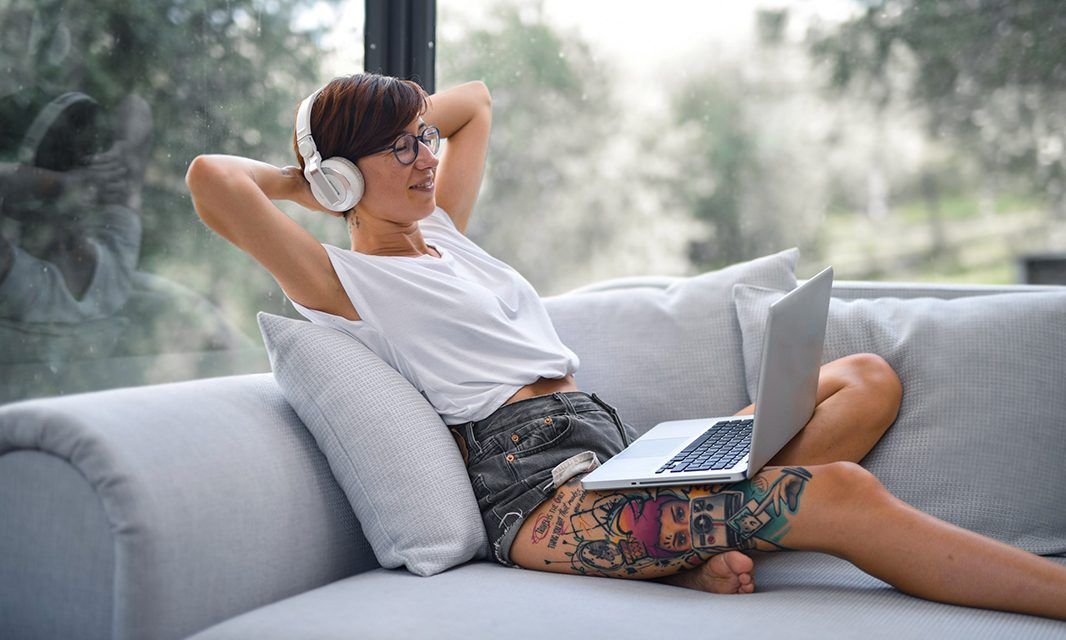 ( Photo by Andrea Piacquadio from Pexels )

There’s a pretty good chance that you’re reading this at home, since none of us is supposed to go anywhere. Some of you will be new to the introverted and/or working from home lifestyle. Welcome!

I’m going to try to address things that articles containing standard tips and recommendations for at-home working don’t cover. I’ve been working remote-only for over six years now, so I’ve got considerable expertise.

If you do look up the mainstream recommendations, keep in mind that I don’t think any of those authors ever wrote them with our current global circumstances in mind.

Also remember that even our ability to work from home is a pretty big privilege, and in turn we have an equally big responsibility to look out for those who can’t stay home and still get paid, and who are keeping the world turning – if not facing the COVID-19 danger head-on, as our health care workers are.

Pandemics have intermittently forced people to work from home for centuries. During historical outbreaks of plague, Isaac Newton laid the groundwork for inventing calculus and theories of optics and gravity. William Shakespeare wrote King Lear, apparently.

If you haven’t achieved anything comparable, blame our vastly superior streaming services. And spare a little gloating for how at least the bubonic plague isn’t raging outside.

With kids at home as well for a few weeks, don’t cling too tightly to any notions of schedules or routines if you want to retain any shreds of sanity. Look on the bright side – since you won’t be able to get anywhere near the couch, you won’t wreck your back trying to work there with your laptop.

If you’re fortunate enough to have a work space with a door, you’re way ahead of the curve. You will have to train all your co-dwellers (pets included) that a closed door really does mean no interruptions. Good luck.

If you don’t have the luxury of closing a door, it’s gonna be harder. Conference calls and video chats are likely to be chaotic if you’re even on the same floor as kids and/or the dog. Mute is fine for those who aren’t talking, but doesn’t work for whomever is presenting at the time.

Schedule calls when the kids are in bed if possible, or sit in your car, or hide in the bathtub. Productivity and dignity are not always bedfellows, I’m afraid.

Video conferencing with a lot of people becomes less useful very quickly when you have a larger group. Even 10 people can get a bit unwieldy, and it becomes hard for conversation to flow without people talking over each other, especially if there’s any lag.

Phone-only conference calls are even worse because there’s no visible body language if someone wants to participate, and someone always forgets to mute. But at least you can’t see how bored everyone else is.

Keep those meetings to as few people as are necessary, or have one person do most of the talking. For general communication and collaboration, tools like Slack or Teams often work better. If you’re not already using them, though, it probably won’t just get rolled out on a whim right now.

Busy group chat channels can also be very noisy, hard to follow, and it can be hard to find information later on, especially if your team is in an assortment of time zones and sees communications asynchronously.

I’ve gotten used to communicating this way, but it does take time. You’ll also have to get comfortable with launching a zinger seven hours after the original joke. Them’s the breaks. Don’t forget to have a social channel. Participation optional, good for morale, keeps goofing off out of business-critical channels. Roughly 63 per cent of the discussions will be in gifs and emojis.

Between meetings, try to look out a window. At the very least stop working and look at something other than your screen. We blink less often while staring at screens, so don’t cook your eyeballs. Lose a staring contest with your cat or something.

Getting up and moving around is critical, too, as a million studies will tell you. This will be difficult if you have actually gotten into a productive state. Fortunately, if you have to referee child squabbles, leaving your chair regularly won’t be an issue.

Drinking beverages will force you to get up regularly to use the bathroom, but don’t go crazy on the caffeine or sugar. And don’t drink alcohol during the work day. (No, really.) Worst case you’ll say or do something really stupid. Best case you’ll need a nap long before it’s time to clock out. (Caveat: there WILL be emergencies. I get it.)

Keep an eye on your snacking habits as well. Having your entire kitchen right there can be problematic. Who ate that whole bag of chips…?

FYI, just having an adjustable desk doesn’t mean you’ll actually stand much. It takes practice to remember to stand up just as much as it takes practice to develop the stamina to comfortably do so for any length of time. Also, an anti-fatigue mat is critical.

When you are sitting, make sure you have a decent and properly adjusted chair. If you try to get away with a dining room chair or your couch for several weeks your back will be screaming louder than your kids fighting over video games. Yeah, not all companies are shelling out a thousand dollars for employees to outfit a home office… But do your best.

When you get up, since you’re not going to be walking to lunch with the co-workers, you’ll have to be creative about your participACTION.

I walk my dog at lunch time (don’t if you’re quarantined), but am also a fan of “10-10-10” conditioning exercises, where you do 10 pushups, 10 situps and 10 squats at intervals. Once hourly over the work day and you’ll be ripped by the time you’re back in the office, but even a couple times a day gets the blood moving and you don’t even have to put on workout gear.

Overall, though, we’re all going to need to adjust expectations. Companies: productivity is going to be lower and reachability may be spottier. Parents are going to be juggling childcare and folks are going to be trying to help out eldery neighbours.

People’s regular home internet may not be beefy enough to seamlessly support multiple adults and children online all day with bandwidth-heavy screen usage. Corporate networks may never have had all hands trying to connect remotely at once before. It’s fine. The world won’t end if those TPS reports are late.

Technology is enabling us to know and do and stay connected so much more than Newton or Shakespeare ever could. Marvel at what we can still accomplish.

Stay home, stay safe, take only what you need, turn off the news sometimes, and be excellent to each other.

Melanie Baker has a Mennonite background, a career in tech, and enjoys the unlikely ways these things complement each other. She enjoys writing, working with geeks, building communities, baking and creating fanciful beasts out of socks.
Food. Shelter. WiFi. Slack.
News home
Keeping the human connection during COVID-19