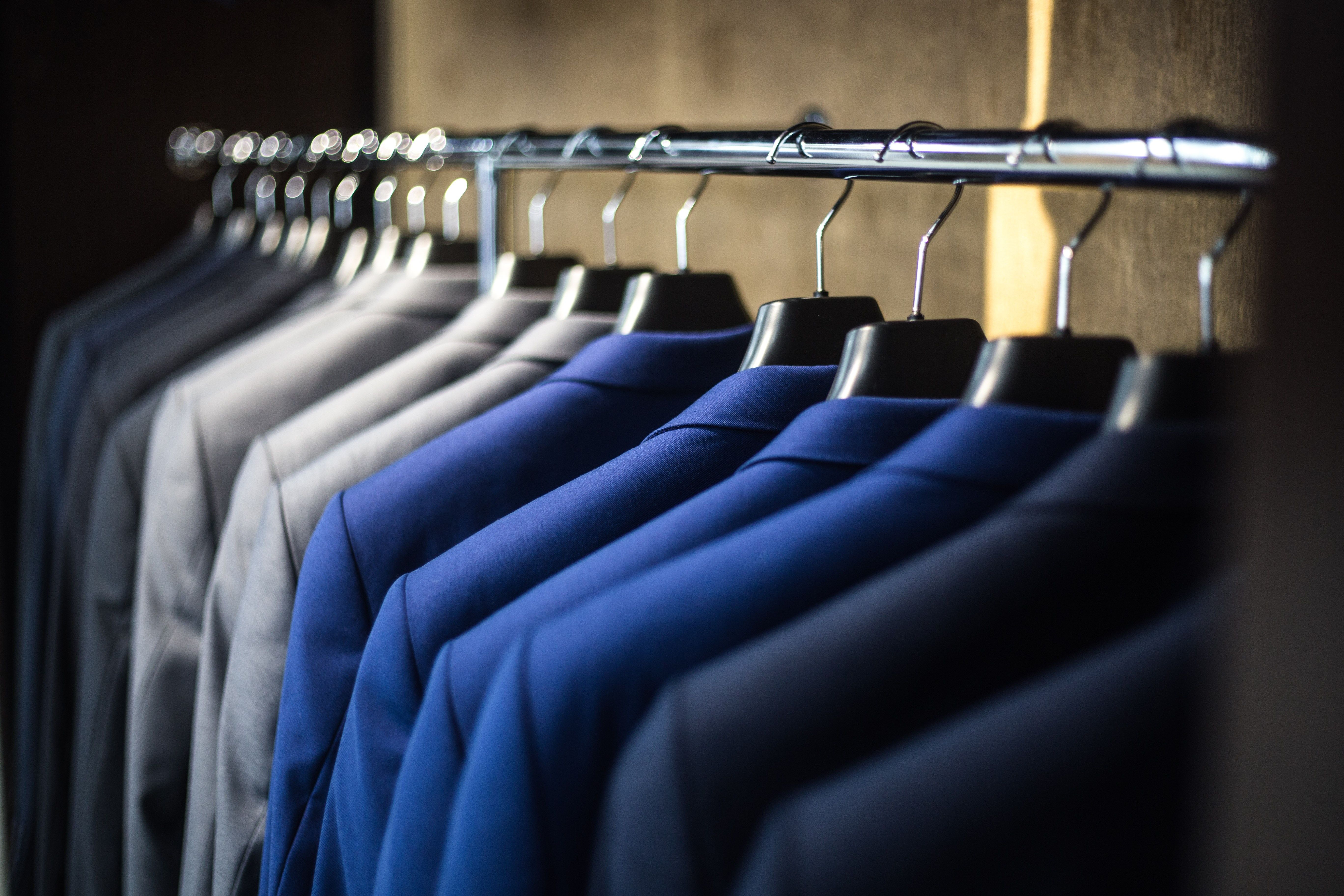 If I say “professional,” what mental image do you get? I think a lot of us have been indoctrinated to think of white people in suits. Navy blue, grey, or black, of course. But definitions of the word refer to what people do, not what they look like.

Fundamentally, it tends to mean that you earn a living from a specific activity that requires specialized training, as well as accreditation and conformation to specific ethics or standards of that profession. Doctors, engineers, lawyers, teachers, etc.

It has also come to be a term that describes a set of behaviours. Someone who’s professional is punctual, reliable, knowledgeable, sets goals and meets them, fulfills commitments, takes initiative. All those go-getter traits.

So why does “professional” have anything to do with how people look? Since many of us have been working from home, conceivably someone could be a punctual, reliable go-getter while not wearing a navy blue suit. Or anything, really. Yet I doubt you could find anyone who’d agree that working naked, in most roles or environments, would be considered professional.

A lot of things that we accepted as professional or office normal without question before the pandemic have fallen by the wayside. Although a lot of “traditional” professional standards were already eroding over the last few years, if not decades. Navy blue suits might still be expected in fancy law firms (or not; I don’t frequent them) but when’s the last time you saw that uniform at tech companies?

(An aside: if colleagues have noticeably changed over the last couple of years, when you see them again in person, don’t mention it. Don’t bring it up about yourself, and don’t get sucked into other people’s conversations about those superficial details. A lot of people are going to look older, fatter, more tired, and otherwise “unfiltered.” Life gets written on the body. So what? Such topics can be painful and triggering for a lot of folks, and they’re irrelevant to the company, your job, or team dynamics. Just tell people how great it is to see them again in person.)

While we’re perfectly comfortable working from home in our sweats, I suspect most folks will change into something a little more formal if and when they head back to the office. Why? Because. You just don’t wear that to work. Right?

There is the argument, courtesy of Shakespeare, that “the apparel oft proclaims the man,” and for certain roles or environments we have expectations of certain actions and appearances. Now, admittedly sometimes it’s for safety or is otherwise required to do the job. But you wouldn’t want your lawyer to show up in court in running gear, and it would be weird if your plumber arrived at your house in a ballgown. Even though those garments have zero to do with their competence or experience at their jobs.

On the flip side, someone could just put on the right attire and you may well assume without evidence that they practice the profession that matches their appearance, even if they’ve never argued in court or installed a sink in their lives.

But we would question the competence and diligence of a lawyer in colourful spandex, and wonder what the hell was going on if the plumber was in sequins. It’s not the way their professional image is supposed to look. It’s not the brand of the profession.

Now, these examples may be fairly innocuous, but that doesn’t mean this branding of professions always is. Far too often appearances determine in people’s minds whether someone is good at a job, or if they should be doing it at all. Before the person gets any chance to demonstrate their skills or experience.

But simply being a woman or being Black or having a disability that may be professionally “off-brand” thanks to patriarchy, white supremacy, ableism and our other pile of social indoctrinations doesn’t make people fundamentally unsuited to a profession or incapable of doing a job well. And yet, even with laws in place, discrimination based on a host of factors happens here all the time.

Recently I saw someone joke somewhat bitterly that you can tell how well a DEI (diversity, equity, inclusion) officer was doing their job by how quickly they leave it.

Realistically, though, we could pass laws till the cows come home, and it won’t protect everyone in every “professional” scenario. People can come up with endless excuses for why they don’t want to hire or do business with someone, without saying the quiet part out loud. A candidate could have three advanced degrees and short, straight hair and be wearing a navy blue suit, but if his accent isn’t “professional”…

Now, there are certain professional standards that are based on appearance or presentation that I do buy into and think are quite reasonable. Like if you’re at home, wander around as barefoot as you like. I absolutely encourage it. If you’re at the office, keep your shoes on (and socks, if you’re wearing them). Reasonable personal hygiene standards, in an environment with multiple people in an enclosed space, are another one. And yes, nudity in most professional settings is strongly discouraged. (Do companies actually spell that out in HR policies? I don’t recall.)

As for wearing sweats at the office… Again, clothes technically have nothing to do with what makes you professional. But in reality they can, because brains are fascinating. Not just in others’ perceptions of you, but in your perception of yourself. Wearing work clothes even in your home office to help get you in “work mode” has been advice that’s flown around for years. Now, does that work for everyone? No. But presumably it does for some.

I know people who get themselves into the right persona and headspace to do presentations by wearing red lipstick, or great shoes, or statement accessories. Or, yes, a power suit. There are reasons that suits have been compared to armour. If you’ve adopted those aspects of a “professional” brand for yourself, awesome. Just make sure they stay within reasonable boundaries, i.e., for you. Many super competent and highly professional people don’t own a single red lipstick, after all.

There is something to be said for uniforms, either literally or within certain styles of clothing. In schools where they’re worn, they can take away social turmoil around who’s wearing what, and how, and who can afford the latest and greatest trends and who can’t, etc.

In companies uniforms can help brand a team more cohesively, or just signal who works there. Now, that doesn’t need to mean a literal uniform. But if everyone’s in jeans, hoodies, and Chucks, then isn’t it a uniform? I mean, it’d be the power suit that sticks out and doesn’t match the brand in that case. And if the brand is meant to say we’re young and ambitious and geeky and changing the world, and that uniform revs you up for that, awesome.

I worked for a company where customer experience was a big part of our brand. Business was done online, so no one’s appearance mattered, but our customer support, for example, was stellar. That is my idea of a great professional brand. About what aspect of your company would people say, “They have the most amazing…”?

In a perfect world, that’s who we’d be. Professionalism would centre around and be restricted to what people do and how they do it. In ways that benefit their teams and their customers. Yes, the ethics and standards side of definitions of professionalism remain important, but the core notion also needs to focus on how people work together, take care of each other, solve problems, and nurture ideas – not how we look, or the assumptions others trigger in our brains. Plus, as noted, the pandemic has already accelerated the erosion of a number of traditions. There are a lot of standards I just don’t see us going back to.

Let’s accelerate the extinction of the wrong assumptions of professionalism. We still have a lot of work to do, and navy blue is just not my colour.

Melanie Baker has a Mennonite background, a career in tech, and enjoys the unlikely ways these things complement each other. She enjoys writing, working with geeks, building communities, baking and creating fanciful beasts out of socks.
Wavy raises $2.5M to be the platform where culture happens as workplaces evolve beyond the office
News home
Mappedin Delivers Scalable, Digital Pre-Planning Software for First Responders, Creating Enhanced Indoor Situational Awareness When It Matters Most