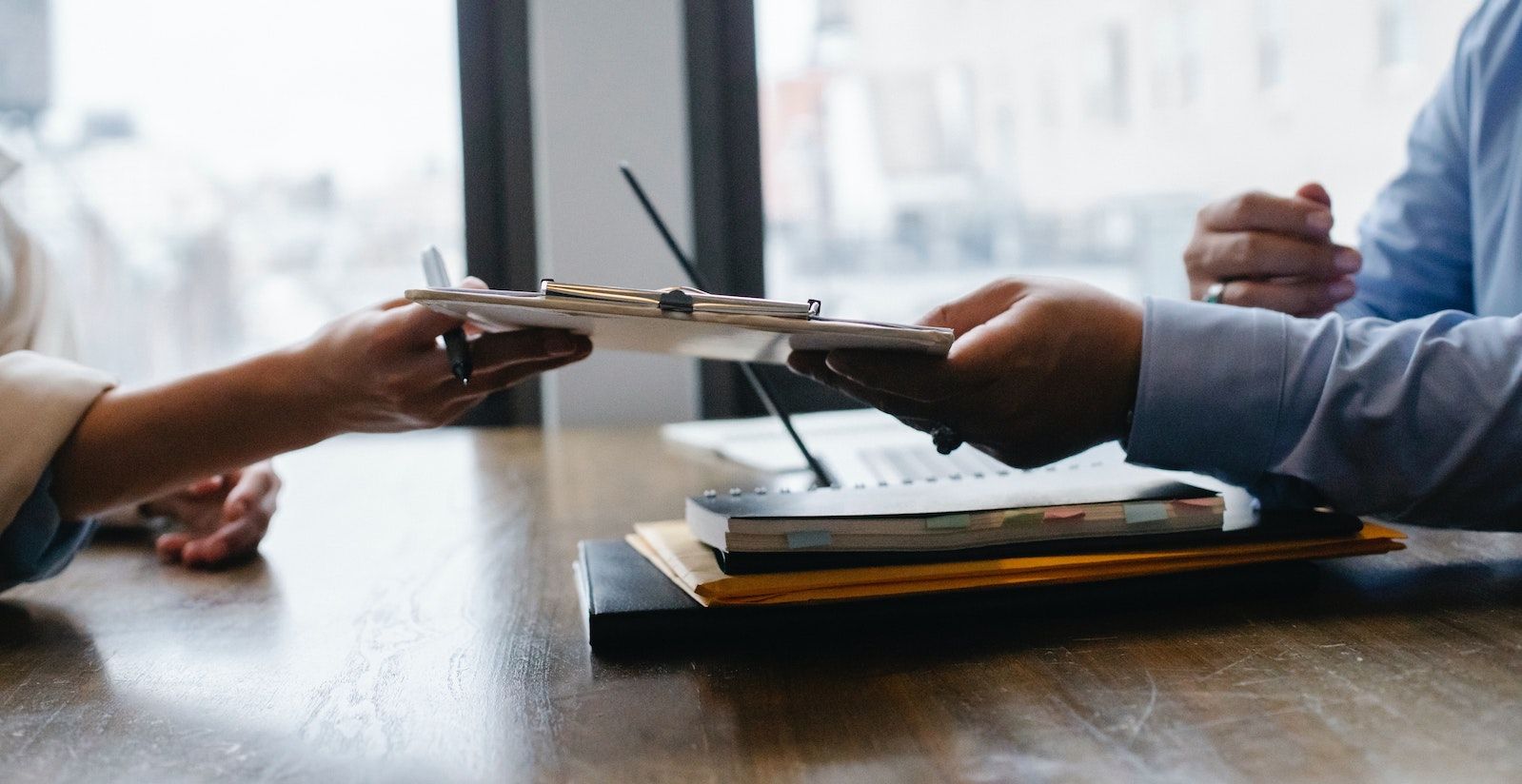 The hiring process can be as fraught as dating, columnist Melanie Baker says. ( Photo by Sora Shimazaki, Pexels. )

I’ve been involved in some hiring recently, and in some cases have developed a deep curiosity about applicants’ motivations and thought processes. Also, what about the people who read job postings and choose not to apply?

Was there a point while reading the ad where they decided the role wasn’t right for them? Did they noodle over it for a while after reading and then choose not to apply? Were there specific skills or experience they worried about not having, or something they weren’t sure how to address in their application and cover letter? Did the company make an impression that turned them off?

I suspect that there is at least some truth to stats about different demographics and how qualified they feel they need to be before they’ll apply for a job.

There are certainly some jobs when you need to have all the qualifications. But I imagine a lot of those don’t get posted to LinkedIn. Like, I don’t want a surgeon to look at a job posting and go, “Eh, I can do most of those things.”

But for most corporate gigs, if you have a goodly number of the requirements, you’re probably a pretty good candidate. Frankly, if you can check off 100 per cent of what’s listed in a job posting, why are you even considering applying? You’ll likely end up bored and frustrated, and quickly.

I’ve learned new skills and gained new experience in every role I’ve had. And it’s actually been fine when I’ve had to admit that I haven’t used platform X or done task Y. I can explain why I don’t think it’s a problem. Like if I’ve used these three customer support ticketing platforms, given they generally contain the same functions for the same purpose, I’m not too concerned that I haven’t used that fourth one. I can learn it easily enough.

That said, this kind of analysis and confidence tends to come with experience. I mean, sure, you’re going to get the odd overconfident, time-wasting candidate who is full of “hustle” and claims they can do anything. But then they have questionable experience and seem to evade giving specific answers. Here’s the thing: people who know how to get things done get things done. The environmental specifics don't really matter.

Job postings can generally be read in descending order of importance. An intro to the company and team and what they do. An outline of what the person in the role will be doing. A list of the qualifications they want. Sometimes the qualifications will be broken down by definite requirements and nice-to-haves. Then the post will finish up with some more about the company, maybe with some rah rah and numbers or award mentions. Could focus on diversity, equity, belonging and inclusion (DIBE) and accessibility policy or initiatives.

Sometimes postings are jargony and can make it hard to figure out what a company actually wants. Like, sure, having “B2B SaaS experience” is great, but what experience, specifically? Also, Bs in what industries? What kinds of S? I would be concerned that the company didn’t really know what they needed.

Sometimes job postings end up crafted by committee. The results can be confusing, with some requirements at odds with others. Like years of desired experience that are way out of line with the salary range. Or most of the skills required make sense for that type of role, but then there are some others that’re right out of left field. But, hey, what do I know? Maybe partner marketers who can spearhead ISO certification projects are really in demand these days.

The hiring team will learn pretty quickly if a posting is problematic. You’ll still get applicants. Especially now in the era of expanded remote hiring. But you’ll get applicants who seem to completely ignore large swaths of the requirements. Or people who have great experience – in something that absolutely does not match what you’re looking for. (I really want to know the thought process here.)

If a job posting has been up for a week or two on fairly high-traffic channels and the role isn’t something super niche, but you haven’t gotten many or any candidates that you’re excited about, there’s a good chance there are some issues with it. Job postings aren’t carved in stone. I suspect you probably know what the issues might be. You can tweak things and see if that helps. You will have a couple of weeks of evidence that the original posting wasn’t doing the trick. (A couple of weeks is fairly long in job-posting time.)

Especially as roles get more senior, paying closer attention to the “what you’ll be doing” section of a posting will provide some of the most nuanced information. Like, the posting may not be clear about how critical the employer’s desire for a bilingual candidate is… until you read that you’d be sending out a weekly newsletter to francophone customers and writing French content for campaigns. So probably fairly critical.

The role breakdown can also help give you a clearer idea – or at least some good potential interview questions – about how much you’ll be doing this or that, or using these tools or those. How much and in what ways does the posting talk about code or content or reporting? Are you going to be at your keyboard most of the time, or in meetings “liaising” with other teams, or doing endless analysis and reports for the C-suite?

This is another area that can help you determine if the various areas of information line up and make sense. Like, if the title or basic requirements sound fairly junior or general, but the details sound like some pretty advanced performance marketing or systems architecture wizardry, it’s probably smart to have questions. Is it cluelessness or are there lowballing shenanigans afoot?

How job postings are written can also give you some clues about the company’s culture and values. What words are used, especially the verbs? How aggressive are they? Are they talking a lot about collaborating or crushing it? This will vary depending on the role, too. A sales role will tend to have different copy (and be aimed at a different type of person) from a QA or payroll position.

Some postings may seem a bit jargony at first glance, but may just contain terms that anyone with actual experience in such a role would understand, like ARR or CTR. It’s pretty easy to look up what they mean, but if you need to do that the role might not be for you. That said, you may well have the skills and experience, but have just worked in other industries, with different acronyms. Learning some new letter combos isn’t a big deal.

Hiring is basically a weird dating exercise. Unfortunately, there are all too many ways for either side to screw it up at any point in the process, even when it seems like there could be a match made in heaven.

Creating good job postings to get great candidates, and parsing postings to get good jobs, each require folks to develop some skills in analysis and synthesis. Asking plenty of (good) questions also benefits both sides. Ask what you want to know, not just the boilerplate (often lame) questions. Like, after the last three years, how could anyone respond to “Where do you see yourself in five years?” with anything but slightly unhinged laughter?

And finally, as someone combing through a lot of resumés lately, I will say to some applicants – who know who they are – please save the spaghetti for your celebratory dinner and spare my inbox.