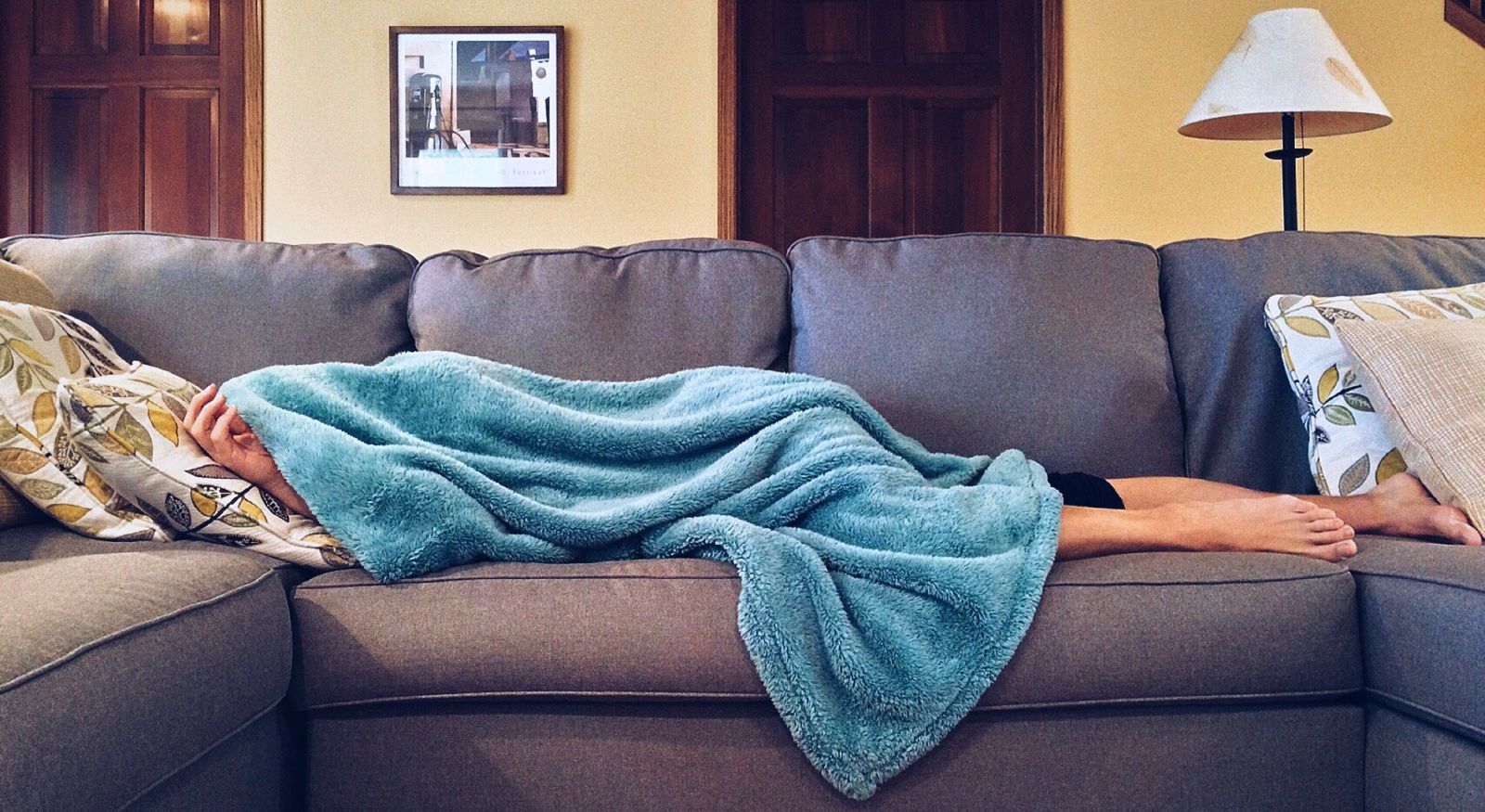 I’ve written a few times about topics where it seems like everything old is new again, and not in a good way. Tech giants trying to resurrect the company town, a growing need for unions to protect workers’ health, safety and income. And that was before the pandemic and everything that’s shifted with it.

Think pieces about young people and work also tend to be very popular, or at least stoke outrage. What Millennials value career-wise — generally, not rapacious capitalism — and recent trend pieces about Gen Z and “quiet quitting.” Which is, in practice, just doing the job you’re paid for and not going above and beyond since there’s no remuneration or reward for it.

It’s gotten me thinking about the employment contract – the thing that a new hire signs and what’s in it, but also Capital-L Labour, what people value and are inclined to fight for these days.

In the past it has been things like banning child labour, health and safety measures, and the 40-hour work week. Looking forward, what are companies going to have to do to avoid breaking the law, let alone offer to be attractive to talent? When great people can work almost anywhere (if it’s safe…), how will employers retain them?

What will land a company on a Top Employers list tomorrow, but in 10 years, or 100, be considered standard practice, or even the bare minimum? What is still considered acceptable today that will come to be seen as barbaric as sending a five-year-old down a mine shaft?

This will be the first of a two-parter on questions about possible futures of work based on current and ongoing events. This week we’ll look at the ongoing influence of COVID on work and workers.

COVID continues to have a significant effect on the work world. How could it not? Millions of people who used to work have died prematurely, a fact that never seems to come up when labour shortages get media attention.

Many millions more – we’ll likely never have an accurate number – are temporarily (weeks? months? years?) or permanently disabled because of it and unable to work in the ways they did before. And there will be more.

Imagine if you got all the necessary education and put in all the years of hard work to embark on any number of professional careers and, just as it’s starting to pay off, it’s gone forever in a flash, thanks to a bout with a virus. Or you worked hard all your life, and just as a relaxing and rewarding retirement is in sight, it’s gone, and either your retirement savings are going to be eaten up in medical and personal care, or you don’t get a retirement at all.

Long COVID disability will derail lives and careers for plenty of young people. Many will fall through the cracks, but I think enough noise will eventually be made that both companies and governments will have to act – presumably slowly, insufficiently, and grudgingly, as with most things that don’t demonstrate immediate shareholder value.

But what might companies’ actions or responsibilities be toward people who develop long COVID? Will it be treated like other disabilities? Can it, when it will be so hard to prove? Many people with solid diagnoses for other conditions already end up in bureaucratic hell. What about those who don’t even have paperwork stating why they’re disabled? What will people’s protections be, if any, if they can’t work and don’t know when – or if – they will be able to?

Consider that the Omicron variant infected 30-40 per cent of some countries’ entire populations, and consider that it happened well before that wave when people could get tests at least somewhat readily and have the results officially recorded.

What about people who get COVID at work or at work-related activities? Earlier in the  pandemic we didn’t see strong, consistent efforts to protect workers at places where people had to be on-site. We still don’t. (School starts back up next week. Good luck?) Hazard pay was so short-lived it was a blip. People lauded as heroes two years ago get berated and assaulted now.

What recourse should people have if they get sick on the job, especially if they were forced to come to work when their job could have been done from home, and how do you give it teeth? Again, how do you prove the source and time of infection?

How much can people refuse out of concern for their safety and health? For example, what if you can work from home usually, but the company is planning some kind of all-hands or off-site event? Odds are you wouldn’t be able to remain securely masked or outdoors 100 per cent of the time, if it’s for more than a few hours. Can you decline?

The optics of declining a picnic are different from declining a multi-day event with travel involved, especially when a major project or yearly planning is on the docket. Some things can’t be accommodated by Zoom, however, and hybrid events still suck.

For someone who refuses to attend work functions that are not explicitly related to or necessary doing their jobs, they might not be formally penalized, but they could pay a price socially or informally. It has long been true at workplaces that certain kinds of people tend to get ahead, and this could be just another variant of that. Some workplaces will end up with a success hierarchy based on who is literally at the table.

If you do go to the work event, what protections and guarantees do you have? Will COVID coverage become a part of benefits coverage? Risk of death or disability aside, at least there would be some financial peace of mind in knowing you’d still get paid and have benefits if you got sick and couldn’t work short- or long-term. Would it be rolled into existing disability benefits or treated differently? Of course, disability payments don’t tend to match someone’s full salary, either. A lot of people can’t afford to be disabled.

We already saw the mess from just trying to get sick days mandated to prevent infected people from going to work and continuing the infection cycle, and there still aren’t nearly enough days. Most people I’ve seen who’ve tested positive continue to do so for over a week. So how are three or five or even seven days off supposed to keep people safe?

Perhaps we need unlimited COVID time off like some companies have unlimited vacation time. Although the common issue with that vacation policy is that people end up using even less of it. So all things considered, good luck getting people to stay home.

Now, if you’re working remotely, at least you can stay home. But too many people still try to work when they shouldn’t. Research is starting to show that not properly resting when ill messes with recovery and may increase the likelihood of long COVID, which isn’t surprising. I’ve seen this plenty of times with my own co-workers. “I’ll try and be online…” NO! REST!

Can we create a system that locks down all access to your work systems and devices until you can provide a negative COVID test and prove that your body and brain are within “normal” ranges of function as well? Because if you’re still exhausted and brain fogged, how much are you actually getting done anyway?

On one hand, it sucks to imagine a work world and company culture designed around people’s chronic illnesses. But on the other hand, it would be kind of amazing. It would be a sea change. It would assign value to and remove stigma from so many people who tend to get discarded.

Imagine companies that want everyone to be healthy and productive, which in many cases would involve working less. Companies accommodating, or even embracing, non-work-specific aspects of people’s lives to help as much as possible. Companies that figure out how to keep humming along when people aren’t there, for whatever reason, be it COVID or cancer or pregnancy or just longer vacations.

Such companies would be hamstrung in the world we have now. They couldn’t grow big or move fast or be aggressive enough to satisfy potential customers or partners or investors or shareholders, or compete with a lot of other companies.

But imagine if we were OK with that. Imagine if companies competed over how well they could treat people, and not just people they were trying to extract value from.

Melanie Baker has a Mennonite background, a career in tech, and enjoys the unlikely ways these things complement each other. She enjoys writing, working with geeks, building communities, baking and creating fanciful beasts out of socks.
Ecopia AI awarded $10M in contracts with U.S. National Oceanic & Atmospheric Administration
News home
Roundup for August 2022