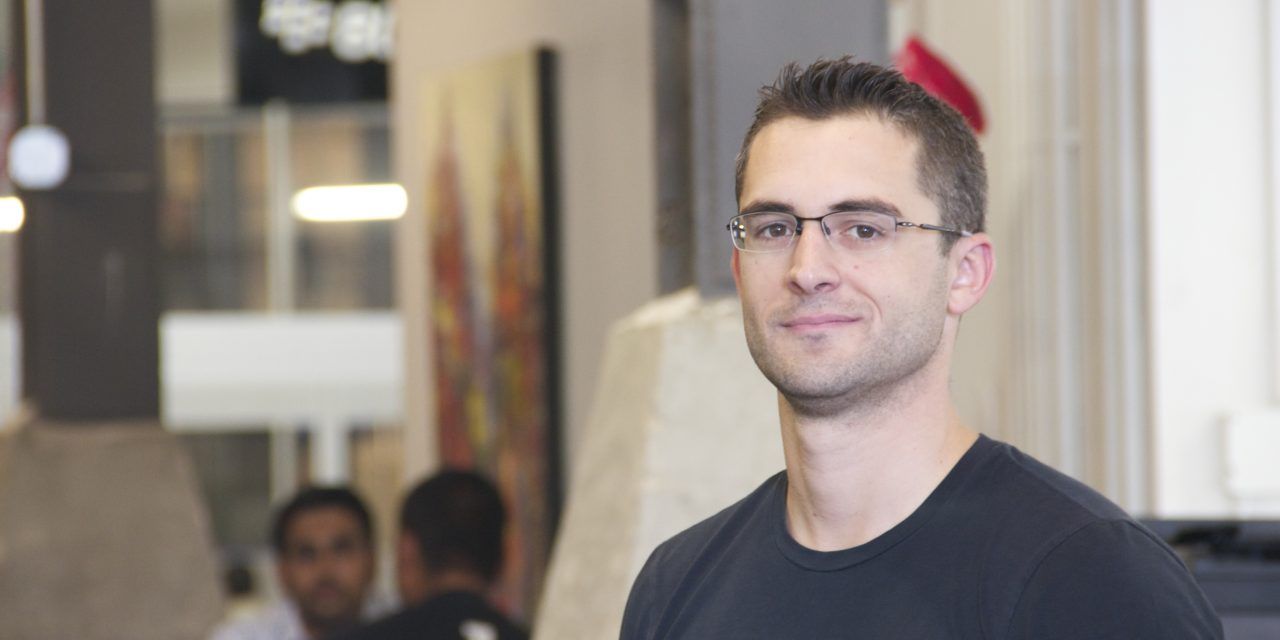 I Think Security Ltd. is preparing to expand into Asia after being chosen as one of eight companies to attend Hong Kong’s FinTech Innovation Lab, one of the world’s leading accelerators.

The Kitchener-based company, a graduate of Waterloo’s Accelerator Centre program, will spend 12 weeks in the prominent accelerator starting Sept. 15, and finish up with a day of pitching to investors and industry executives Dec. 4.

“We’re obviously pretty excited about being selected, because it’s a highly prestigious accelerator, pretty much the top in terms of financial technology,” said Dr. Cédric Jeannot, founder and CEO of I Think Security.

Cyberport, a Hong Kong-owned innovative co-working space similar to the Communitech Hub, is hosting the lab for the duration of the program.

Aside from great mentorship and coaching from top financial executives, this is perfect timing for Jeannot to be in Hong Kong, as I Think Security has been exploring that market for expansion.

“We had requests from Hong Kong for a long time, [but] we never really spent resources, because we were focused on New York,” Jeannot said.

Accenture, a global leader in management consulting, launched the program in Hong Kong based on the successful New York-based model it co-founded in 2010.

Jeannot plans to leverage this impressive lineup and build a foundation for expansion.

“HSBC, which is one of the world’s largest banks, is in Hong Kong, which makes it easier to get to the other guys,” he said.

Although Airbnb, one of the program’s partners, is providing accommodation at a reduced price, the cost is still high for a small company like I Think Security.

The fact that I Think Security has been accepted into the latest round of companies in the Canadian Digital Media Network’s Soft Landing program, which offsets costs for companies travelling to foreign markets, will help make up for that.

“Obviously as the CEO, I have no choice than to spend as much time as I can there, but I have previous commitments here, so there’s going to be a lot more back and forth,” Jeannot said, adding that, “it just gives us more leeway that maybe we need to bring two people now instead of just one, so I’m pretty excited about that too.”

Since graduating and moving from the Accelerator Centre to the Voisin Tech Suites on Westmount Road, Jeannot and his nine-member team have been heads down focusing on New York City and the move from government to financial sectors.

So far, so good, said Jeannot, “Now we have a high enough acceptance rate that the people who were interested, but didn’t want to jump in because we are a small company, are moving in.”

The big focus now is to make the most of the time in Hong Kong, the epicentre of Asia’s financial sector.

“Hong Kong is perfect for us… just because of the huge financial services,” he said. “And the culture, in terms of securities, is a lot more developed.”

Jeannot joins seven other companies, mostly from around the Asia-Pacific region.

“We’re pretty proud that we’re the only American-continent company, and out of Waterloo, Ontario. I think it’s just a testament that we are not only in security for financial services, but we are top eight and we just happen to be from Waterloo, so that just shows the innovation that can happen here.”