How one CEO hardwired his company for good

Toronto startup Fiix is restoring faith in capitalism, one deliberate act at a time 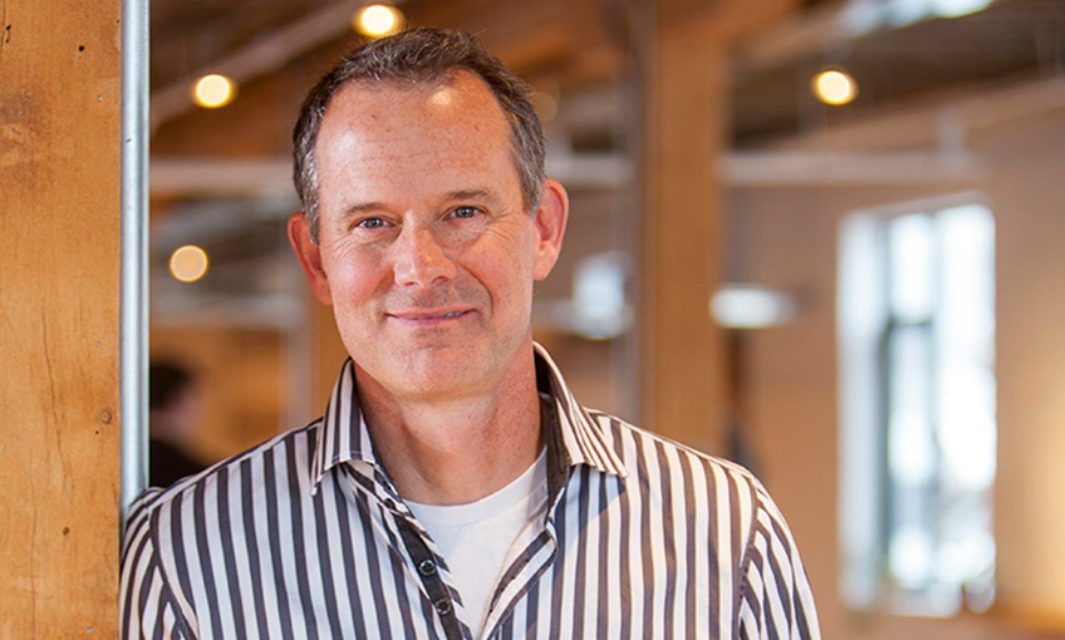 True North, Communitech’s three-day “tech for good” conference, is just days away. Trucks are even now unloading at Kitchener’s Lot42, the main venue site, which will host some 2,000 attendees from around the world. Powerful speakers will take part. Engaging, important conversations will take place. All of it designed to generate thought and action, to make technology sustainable, to repurpose technology as a net benefit to the people it should serve.

And in that regard, allow us to shine a spotlight for a moment on one True North company in particular: a small, cloud-based, software-as-a-service outfit from Toronto called Fiix, which, for the 10 years it has existed, has had its own tech-for-good line in the sand.

Fiix and its 85 employees – due to become 120 by year’s end – are in the business of making and selling software that helps accomplish an ordinary, but vital, task: maintenance. Its product helps organizations schedule, track and accomplish routine maintenance on buildings, infrastructure and the like. Its product is in demand. Just last week the company completed a US$12 million Series B round.

Fiix is also in the business of making the world a better place. It has three stated goals: to make money, to make the environment better, and to make lives better.

“We’ve decided, my co-founders and I, that we wanted to get back to the real roots of conscious capitalism, to show that doing good is actually good for business,” says CEO and co-founder Marc Castel. “That [doing good is] not a drain on corporate resources, but a way to enhance your financial bottom line.”

What makes Fiix stand out is not just a belief in its corporate social responsibility (CSR) mission, but that it has made that mission as fundamental to the company as making money. It does so in specific, deliberate ways.

One, it allocates one per cent of its top-line revenue for investment in programs related to social and environmental endeavours, part of what it calls its “triple bottom line.” Two, it has written protections for those endeavours into its articles of incorporation, which every one of its investors was required to sign. Three, those articles mandate that its board of directors must protect that triple bottom line, and not take from one pillar at the expense of another. And four, the company’s directors are additionally empowered to turn down investment if the investor doesn’t agree to all of the above.

In other words, the board is required to reject money even if a given investor’s terms were better than another’s.

“[The board can] say, well, this investment group is not congruent with our values. So, we’re not taking that offer. That language is specifically written in our articles of incorporation,” says Castel.

The result? The company has found that 11 per cent of its top-line revenue is directly linked to its corporate responsibility mission, meaning customers, in many cases, are choosing to buy Fiix’s product precisely because of its CSR programming.

“It blew our minds,” says Castel. “We thought our CSR program would be an influencer, but in many cases it was the deciding factor to go with our company.”

There’s more. Castel says he his better able to attract and retain employees because they believe in the value of their work. Employees, by the way, get paid volunteer time off, which is mandatory. The company also funds continuing education for employees.

And he says he’s now finding that the company’s social responsibility programming is acting as a draw for VCs.

“A business, after all, is only people, really,” says Castel. “It’s commitment to good governance. If I’m an investor, I want to see good governance structures. And they also recognize that the customers care about the company beyond whether [it’s] making money or not or making a good product. Customer loyalty is very much tied in and brand is very much tied in to the perception by the public of your company’s values.”

In short, there’s an wider appetite to do good. And Castel isn’t surprised.

“We’re not inventing something new here,” he says. “This is what the original intent of capitalism was. Capitalism done properly is a significant contributor to improving all of humanity’s lives, while still making good returns for shareholders.

“In the last number of decades, capitalism got co-opted to be very focused only on shareholder returns and not the broader mandate of both social and environmental issues.

“I was not very happy about that. And of course, in recent years tech has got a pretty bad rap as well, by having rogue CEOs or illegal use of data, and what have you.”

His company’s bona fides now speak for themselves. Fiix is now certified as a “B Corp”, meaning it meets “rigorous standards of social and environmental performance, accountability and transparency,” set by the non-profit B Lab. It also is Carbonzero certified, meaning it meets carbon offset targets.

Those achievements stem from social projects the company has taken on, including: Supporting women in technology through a partnership with Ladies Learning Code;  partnering with the First Nations Technology Council to bring digital literacy to Indigenous communities in Canada; helping protect natural habitat, and supporting the Springbank Food Bank Garden, just to name a few. All are detailed in the company’s publicly available CSR annual report.

“If you don’t report on your progress, then you don’t have that accountability,” says Castel. “We hang our laundry on the line for our neighbours to look at.”

Castel is not a stranger to the Waterloo Region tech community. He’s a former executive-in-residence at Communitech and an investor in the Golden Triangle Angel Network.

When True North was launched, Castel said he thought, “Oh my gosh, this is what totally needs to happen. These are the conversations that need to happen today. I was totally stoked.”

He’s clearly suited to do so. He says he is often asked by other companies how to implement social programs.

“It’s not genius. It’s small moves,” he says. “Holding yourself accountable. And walking the talk.

“If you’re not asking those questions, then you’re not likely going to do anything to make a difference.

“You’re never too small to make a difference. Collective small moves on many fronts lead to substantial progress.”

You just have to draw a line in the sand.

Craig Daniels is Communitech’s Senior Journalist from. A former sports writer, columnist and editor, he held previous positions at the Financial Post, Sun Media, the Globe and Mail and Postmedia.
M-Theory: Those inconvenient humans in the corporate machine
News home
Open data smoothing connections between founders and funders via Hockeystick