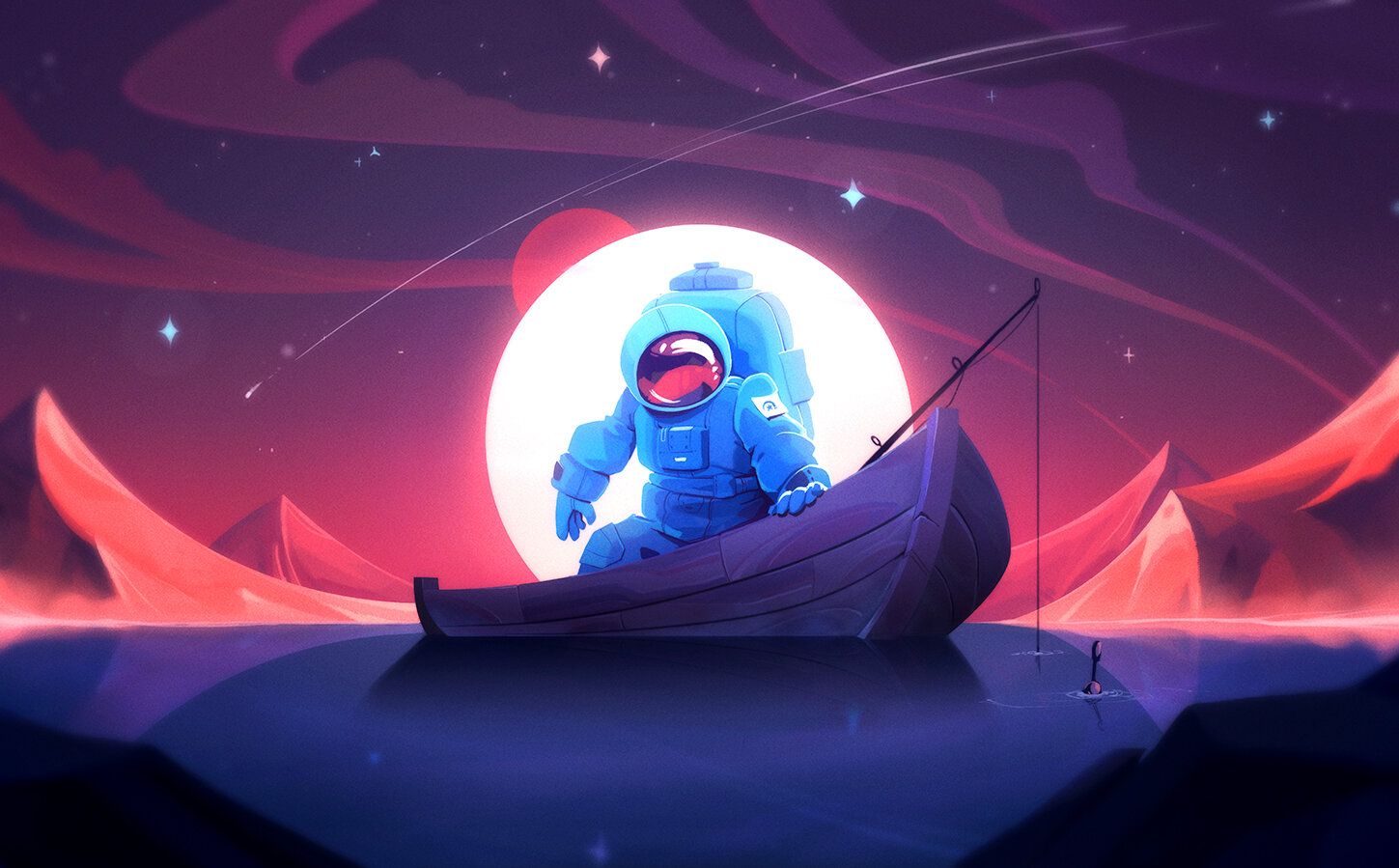 Running a game-development studio is a dream come true for Richard Henkel. Doing it from his hometown of Waterloo is just icing on the cake.

The CEO of Odyssey Interactive, which raised US$19-million through a Series A deal last fall, has been a gaming enthusiast for most of his 31 years.

“As long as I can remember, I've been a gamer,” says Henkel. “My earliest memories as a kid are of getting my ass handed to me by my brother in whatever game we were playing, usually Donkey Kong or Super Smash Brothers or Need for Speed. He would always beat me, and I think that’s what set my competitive drive as a child.”

That drive landed him a full-time project-management job at BlackBerry while he was still an economics student at the University of Waterloo. It then took him to Los Angeles to work for Riot Games, an industry leader.

“I wrote a horrible cover letter filled with a bunch of gaming puns,” recalls the self-deprecating Henkel. “I (landed) an interview because the hiring manager – a Canadian from Vancouver – recognized University of Waterloo on my application and was, like, ‘Well, he went to UW so he’s probably at least worth interviewing.’”

At Riot, Henkel moved up to become Product Lead for the team that created Teamfight Tactics, a spinoff from Riot’s big hit, League of Legends. His work earned him a spot on Forbes magazine’s 2020 “30 under 30” list for the gaming industry. It also helped him develop close ties with a talented group of game designers and related specialists.

After five years at Riot, Henkel and his wife, Melanie, decided it was time to return to Waterloo. They had two children and a third on the way; life would be easier closer to family.

Henkel wondered how he would ever replicate the satisfaction he experienced working with his team at Riot. Then he recalled a conversation he once had with friend and colleague Dax Andrus about starting their own game-development studio. He asked Andrus if he was still interested.

“And it was just like, slam that yes button, Dax was in,” recalls Henkel.

The two approached Riot colleague David Capurro and friend Eric Lawless, a former Riot teammate who had moved to Netflix. They were also keen on the startup idea, and Odyssey Interactive began to take shape.

The co-founders had to decide where to locate their startup. Despite their ties to LA, they settled on Waterloo.

It just made sense, says Henkel.

As a Canadian company, Odyssey would benefit from currency conversion rates: money raised in U.S. dollars would go further north of the border. The startup could also take advantage of tax credits like the Scientific Research and Experimental Development (SR&ED) incentive and the Ontario Interactive Digital Media Tax Credit.

“The tax credits that are available to companies in the entertainment industry are amazing,” says Henkel. “So, setting up shop in Ontario made a lot of logical sense from a business perspective.”

Talent was another reason.

The Toronto area has a growing game-development industry, the University of Waterloo produces high-calibre graduates, and Canada makes it easier than the U.S. for international tech workers to work here.

“My experience moving down to the States to work was painful,” says Henkel. “By comparison, Canada made it very easy (during) the previous American administration to hire, recruit and immigrate talent to Canada.”

The COVID-19 pandemic, which was causing worldwide disruption by March 2020, threw a wrench into Odyssey’s worksite plans. But by August, all four co-founders were working from Waterloo.

The team started out in leased space in the Communitech Hub. As they began to hire staff, they soon needed more room and moved to their current office at 140 Columbia St. W., near Phillip Street.

In choosing the kind of games they wanted to create, Henkel said the co-founders began with the “why” approach popularized by speaker and author Simon Sinek.

“We spent a lot of time just talking about that to really figure out who we wanted to be,” says Henkel. “We talked a lot about the games that we played growing up, and the impacts that they've had on us, like the dark times they helped us get through and the friendships that we made.”

They landed on the notion of “games with purpose,” which Henkel defines as games that help players improve their gaming skills and spark a competitive spirit.

“Gaming is a fascinating medium for teaching,” he says, explaining that the engagement required during gaming helps reinforce learning.

“There were games that I played when I was a kid, like spelling games, that taught me when I was like five years old how to spell words, and I feel like those games gave me a leg up on writing and reading because I was just really into them.”

A multiplayer, competitive-style game, Omega Strikers involves a playing field setting with two sides of three characters each who try to score goals on the opposing team. Games are short – the first to reach five points wins – and the pace is frenetic.

Similar to the Riot Games approach, Omega Strikers is free to play but players can buy accessories to personalize their characters.

“(The revenue model) can be a very foreign concept,” Henkel acknowledges. “But if you build a game that people love, and you build characters that people fall in love with… people want to express that love through buying (accessories). It's like buying stickers for a laptop, or a special phone case for your phone, or putting decals on your car – people just like expressing, and expression is a really big thing in digital media. For free-to-play games, it's all about the cosmetic content.”

The mobile strategy is important because a growing number of gamers are playing games on cellphones and tablets.

“For us strategically, we wanted to make a game that felt good and felt natively built for the platform,” says Henkel. “The gamers that are coming after us are less likely to play games on the PC or console… So, it's like, well, let's build intentionally for the platform that they're already most used to.”

Forecasts like that, and the track record of Odyssey’s founders, has impressed investors. The startup followed its US$6-million seed raise with a US$19-million Series A raise in the fall of 2022, a significant achievement that was all the more eye-popping given the risk-averse investment climate.

What’s more, there was lots of interest in the Series A.

“We were able to run a really competitive rally,” says Henkel. “We had a number of people who were looking to be involved. We were able to walk back on the dilution a fair bit… which is great for us and all of our employees to hold onto more of the company for longer.”

“The Odyssey Interactive team has an impressively well-rounded, hands-on experience in developing, shipping and running live service games,” Ryann Lai, Partner at Makers Fund, said at the time of the Series A raise. “The launch of their first title, Omega Strikers, showcases their ability to create an endearing IP and to execute with the nimbleness, precision and savviness necessary to succeed in today’s highly competitive content market.”

The past three years have been a fast and furious ride for the Odyssey founders. The team has hired more than 35 staff and has been going flat out to build the company while creating a brand-new game.

Henkel, who is now a father of four, said he couldn’t do it without having great co-founders, experienced staff and a supportive spouse.

“The whole team, from the founders to everyone that joined, has just been crushing it,” he says. “I've got four kids, so I have an equally busy work life and home life. My wife is an absolute angel.”

Loving what you do also helps.

“I kind of just lucked my way into this industry and now I can never look back,” says Henkel. “I get to work on the things that I'm passionate about right now, which is gaming.”

Kevin Crowley is a Staff Writer for Communitech News. He is a Michener-Award-winning former newspaper journalist with the Waterloo Region Record, and former Director of Communications and Public Affairs at Wilfrid Laurier University in Waterloo, Ont.
Innovative health care
News home
Magnet Forensics enters deal to be acquired for $1.8 billion