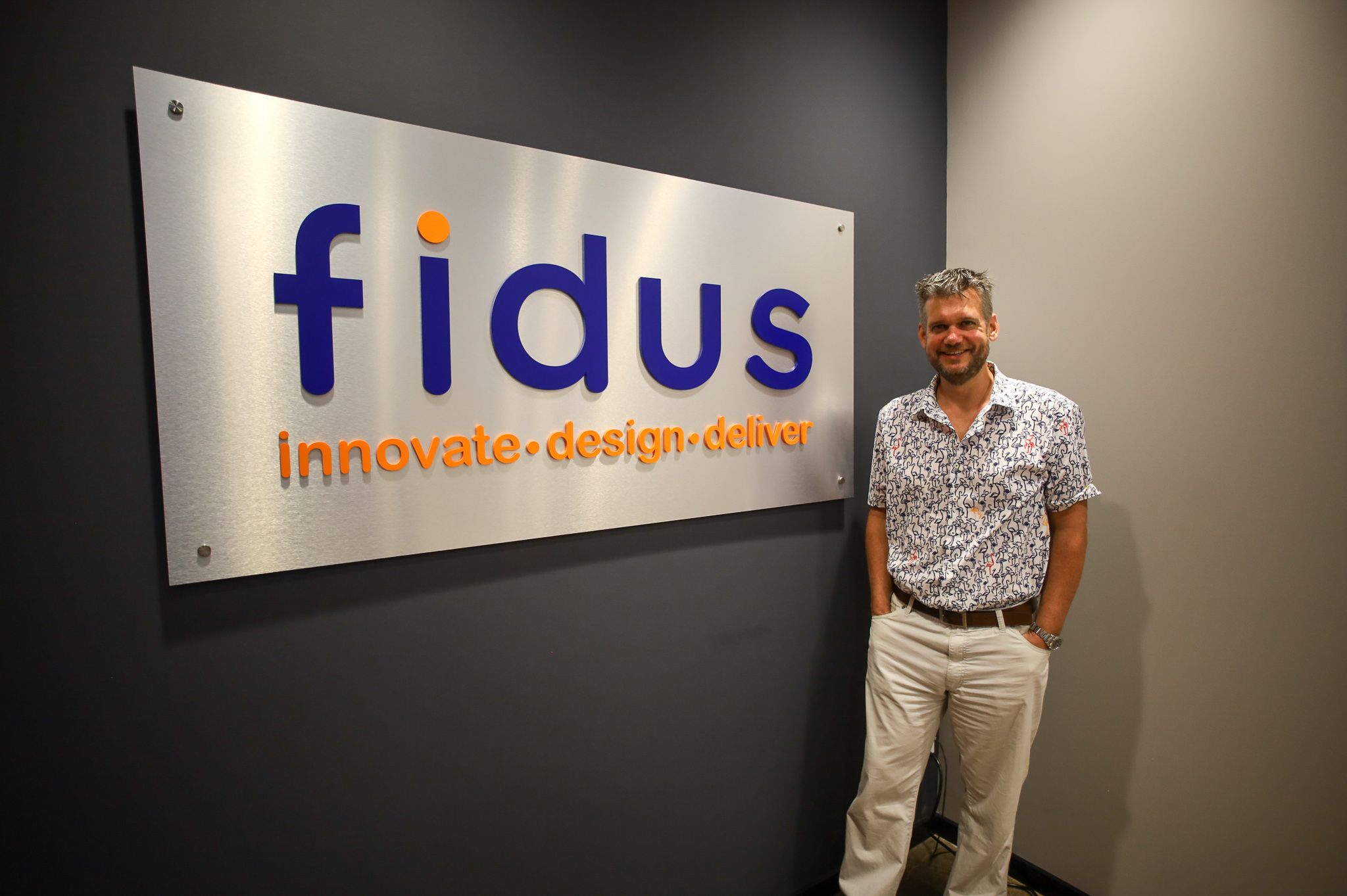 Tech workers are passionate about their careers. Whether you’re a full-stack developer, a marketer working on demand generation, or a customer success manager supporting a massive enterprise customer, being great at what you do matters.

But with that passion comes the potential to forget about life outside of work. It’s that elusive work-life balance that we keep hearing about. With the line between work and home eroding due to the COVID-19 pandemic, finding that balance is more complicated than ever before.

Hobbies are great, but for many members of the local tech community, volunteering or raising funds for local charities has been that missing piece from the work-life balance equation.

“I basically worked my way up from the front desk and IT Support to nearly the C-level during the last 19 years. It’s pretty cool to be able to do that with one company these days,” said Redmond. Fidus designs custom hardware and software for high-speed, high-complexity digital devices and platforms for cutting edge technology companies across the world.

Food4Kids Waterloo Region provides nourishment to children who live with chronic hunger in our community. While there are programs that provide food for children in need during the school day, those same kids often head home to empty cupboards on the weekend and holidays.

Working with local schools, the Food4Kids Waterloo Region team identifies children in need who are provided with a weekend’s worth of nutritious food for themselves and their families. They also deliver food to those children’s homes during the summer and spring breaks.

Redmond discovered Food4Kids almost by accident while looking for a charity to support at the start of the pandemic. Having cancelled his family’s March Break trip, Redmond decided to donate the refund to a few local charities.

“I’d been looking for a sort of breakfast club or good-start food programs in the region and I stumbled on a Facebook post for Food4Kids early in the pandemic,” he said. “I basically converted the pandemic travel refund into giving back in our local community.”

Shortly after donating, Redmond received a phone call from Food4Kids Waterloo Region founder and Executive Director Kelly-Sue Oberle. As he learned more about their work and their funding needs, Redmond saw an opportunity to connect them with a program from Google that provided training and support for non-profits navigating the COVID-19 pandemic.

Redmond reached out to Kory Jeffery, Chief of Staff at Google, who took the lead in getting Google involved. Jeffrey had Jennifer Smith, Director of Product Management for Google Cloud and a Communitech board member, as an internal champion for the cause. Smith said that the organization has an important mission in our community.

“If we want kids to grow into being compassionate, creative, empathetic shepherds of humanity, we must make sure that they can get started on such a journey without worrying about food to fuel them,” she said. After connecting with Food4Kids, Google Canada came on board as a sponsor and recently renewed for a second year.

Echoing Smith’s sentiments on the Food4Kids mission, Redmond said he sees a connection between their work and issues that local tech workers care about. “I feel it aligns very well with technology and technology worker ideals, which is investing in our communities, supporting youth and putting them in a position to be able to better learn and have a step up,” he said.

Fidus, like many companies in the region, offers an employer matching program for employee donations. “I find most people would be inclined to support an organization regardless of the matching, but it can be a tipping point to give an extra $100 or what have you,” Redmond said.

Redmond hopes to inspire colleagues in his network and the tech community to join him in supporting Food4Kids and raise over $250,000 annually for the charity. “I want to show that there’s a number of people that care about this important mandate and would be in a position to write cheques corporately and personally to support it. You just have to find them and you have to have the mission resonate with them. It starts adding up pretty quick.”

While large donations and sponsorships are important to Food4Kids Waterloo Region, there are smaller ways to get involved. This summer, the charity launched a monthly 50/50 raffle to help drive awareness of their mission and support the growing demand for their services.

“We just thought it would be a great addition to our fundraising,” said Bev Gay Krukowski, one of the charity’s original board members and fundraising champion. “A lot of people maybe don’t want to donate that much money or feel more comfortable being anonymous. So it’s a win for them if they win and a win for the kids, because it allows us to feed more children every month.”

“We have the letters all ready to go to the parents, but we just want to make sure our funds are OK. The 50/50 will help with that – and then we have Cameron, whose enthusiasm is so genuine and he’s such a dedicated person to this cause.”

For Redmond, getting donations is just the beginning. He said it’s essential for charities to find ways to get donors involved, whether through volunteering or serving as a board member.

“The more engaged people are, the longer they’re going to stay involved, financially and otherwise,” he said. “It’s just financial, then people get busy or businesses get sold. But if you’re engaged in participating, you’re more likely to stick around. We are one of this region's largest and most affluent industries, and our less fortunate kids and families deserve more of our attention and support.”