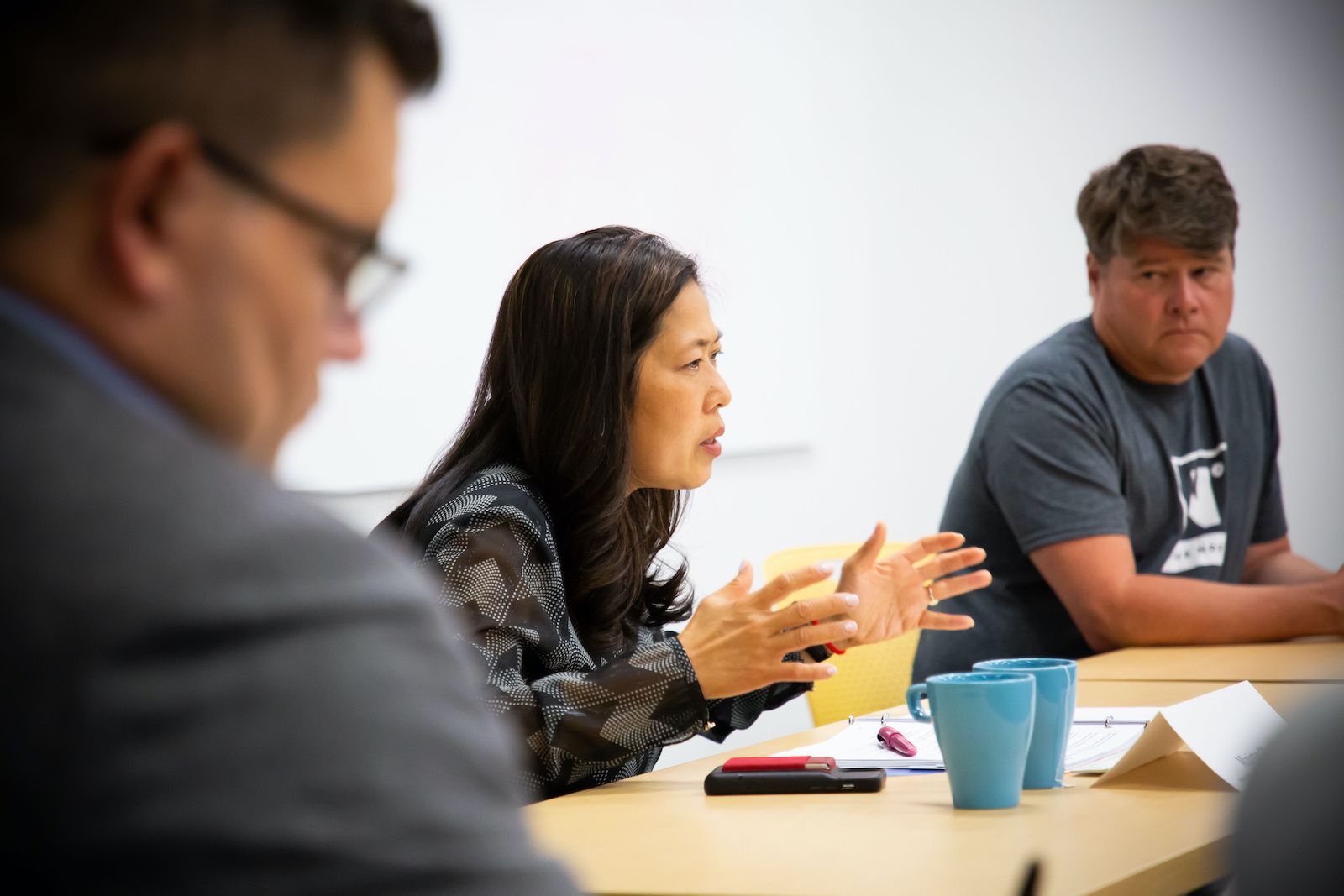 In a roundtable meeting with tech founders and leaders, Ng emphasized the link between global market access and helping Canadian companies become strong enough to take advantage of those markets.

“Trade is hugely important,” she said. “If you ask me what my job is... it’s the Minister of Startups, Scale-ups and Access to Markets.”

“Nobody’s fixed the problem in 40 years,” said Albinson. “We’re starting to solve that problem now. So, again, we really appreciate your support.”

Ng said the CAN Health initiative is a good example of a deliberate effort to help small- to medium-size Canadian businesses scale to the point where they can export successfully to bigger markets.

“The CAN Health partnership is about ‘made in Canada’ (and) ‘scale in Canada’... and creating Canadian branch plants out there,” she said.

Ng started the roundtable by telling participants that she wanted to hear about “what’s working” as well as their “pain points. 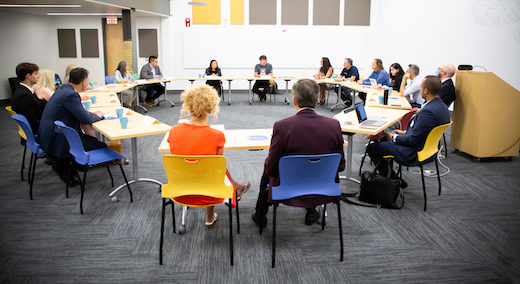 Serial tech founder Dave Caputo, CEO of Trusscore and Chair of Communitech’s Board of Directors, talked about the importance of hiring salespeople and customer-support staff from the countries and regions you want to sell into.

When Caputo was with PixStream in the late 1990s, one of the startup’s lead investors was Sir Terry Matthews’ Newbridge Networks. Newbridge ran something called the Newbridge Affiliates program. As an affiliate, PixStream could hire staff in international markets and leave the HR administration – payroll, benefits and the like – up to Newbridge. As a result, the small team at PixStream could hire international staff quickly and focus on expanding into new markets

“(Newbridge said) we can make it really easy for you to sell in Asia and in Europe,” said Caputo. “I think if people get that encouragement early, and it’s made easier, people will do it because the return is there.”

Caputo has applied those learnings to subsequent ventures. For example, he said that Trusscore – a materials science company that makes sustainable building products – strengthened its recent foray into the U.S. market by hiring American salespeople

“Our success is shifting in the U.S. in a big way,” he said. “The fundamental thing for us is that we hired eight or 10 salespeople in the U.S. to tell our story and to show people the data.”

Caputo’s international hiring experience led to the creation of Communitech’s Outposts program, which, like the Newbridge Affiliates program, helps companies across Canada hire staff in 160 countries more quickly and at less cost.

Ng applauded the Outposts program and said that, like Communitech, she is trying to create the environment and the practical supports that help Canadian businesses take advantage of international trade agreements.

In an interview with Tech News, Ng said that Canada’s reputation as a trusted nation goes a long way in negotiating successful trade deals. And she agreed with Communitech’s Chris Albinson that trust is a competitive advantage for Canadian businesses, especially in the global tech sector.

“The strength of the Canadian brand, the strength of being trusted, is completely connected to our economic prosperity,” said Ng. “The trust part is extremely important because it actually makes you more competitive in the international marketplace.”

Ng has years of experience in the public sector. She was first appointed to the federal cabinet in 2018 and played a key role in finalizing the Canada-United States-Mexico Agreement (CUSMA), which superseded the North American Free Trade Agreement (NAFTA).

More recently, Ng led Ottawa’s intense lobbying campaign to get the U.S. government to include Canadian-made electric vehicles in a set of new tax incentives that were approved earlier this month as part of a ground-breaking tax and climate-change bill.

Communitech has been a popular stop for senior public officials this summer, a reflection of the organization’s ability to bring tech leaders, government decision-makers and other partners together. Deputy Prime Minister Chrystia Freeland visited the tech hub on August 10, and federal Deputy Minister for Health Stephen Lucas was here on Aug. 15.

Ng is no stranger to Communitech. In March 2019, she participated in a panel discussion at the Communitech Hub that addressed a wide range of issues, from supporting women entrepreneurs to expanding Canadian export markets beyond the United States.

Following today’s visit, Ng was scheduled to visit the Toyota plant in nearby Cambridge before participating in a roundtable on women entrepreneurs at Deep Trekker, a Kitchener-based maker of underwater robotics.

Kevin Crowley is a Staff Writer for Communitech News. He is a Michener-Award-winning former newspaper journalist with the Waterloo Region Record, and former Director of Communications and Public Affairs at Wilfrid Laurier University in Waterloo, Ont.
Ottawa expands use of NuEnergy.ai trust platform
News home
Opening doors with music