Looking back at the intersections of tech, art, charities and culture in Waterloo Region this year 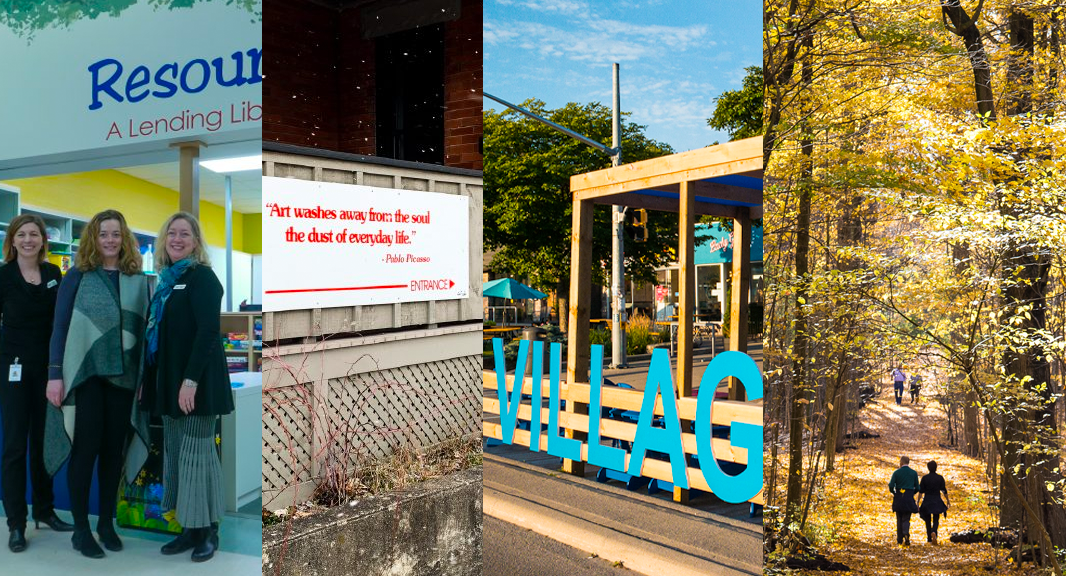 Photographs from a few of our 2020 Tech About Town columns. ( Communitech photo: Alex Kinsella )

While the times may have been unprecedented this year, the spirit of giving back and community support in Waterloo Region was as strong as ever in 2020.

As we put 2020 into a box, tape it up, wrap it in chains, weigh it down with cinder blocks and throw it into the Grand River, let’s take a look back at a few of our favourite ways Waterloo Region came together (virtually) this past year.

In January, we took a tour of the Waterloo campus of KidsAbility and learned more about their work helping children and youth with diverse abilities. Founded in 1957, KidsAbility provides services to families in Waterloo, Kitchener, Cambridge, Guelph and Fergus. In addition to behaviour services, physiotherapy, speech and occupational therapy, KidsAbility also has two schools – in Cambridge and Waterloo – that help get children with special needs ready for kindergarten. We also learned about how the team at Athena Software made giving to KidsAbility part of their corporate philanthropy efforts.

In February, we spoke with Woke Women’s Movement founder Carla Beharry and Juici Yoga Studio owner Selam Debs about their Stories of Resilience + Challenge in Woke Men event. Beharry and Debs had put on similar events for women to share their stories, and the February event was the first one where men were invited to share. “The more that we collaborated, the more we found that it made sense to do a Woke Men’s event,” said Debs. “Men and boys of colour aren’t represented in inspirational ways. We wanted to create a platform where they could inspire and show representation.”

When the lockdown started in March, companies and organizations across Waterloo Region quickly moved to work from home where possible. For many of our local charities that serve people in person, the challenge of operating during a lockdown inspired new ways of delivering services. We spoke with three local organizations about how they kept the human connection alive during the crisis’s initial days.

During the first months of the pandemic, artists across our community looked for ways to bring people together through music, painting, making and more. In April, Amy Esplen and Nicole Beno were looking for ways to collaborate with other artists in town. They came up with the idea for the Not The Only Lonely project, a series of DIY public art displays that were created using materials that would typically end up in your blue bin. “There’s so much local talent we’re in awe of,” said Esplen. “Then the pandemic hit and it all fell into place. People already have things on hand, and if you have the free time, it’s a nice outlet to make some art.”

As winter gave way to spring, residents were looking for ways to shop locally and discover new places in their community. In May, local tech workers Kyryll Odobetskiy and Amanda Cheung created HeartLocal, a site to provide up-to-date hours and delivery methods from local grocery stores, breweries and restaurants.

The pandemic forced many businesses to make changes. For some, the timing couldn’t have been worse. “We were open for about a week before we had to close,” said founder Ajoa Mintah about their new scoop shop in Uptown Waterloo. In June, businesses were allowed to reopen with restrictions. We spoke to Mintah and three other local entrepreneurs about how they were approaching reopening their businesses safely.

Restaurants, bars and entertainment are the cornerstones that make a community real. The pandemic’s effects on entertainment and tourism have been heavy. Waterloo Region Tourism started a campaign called #WRUnited to showcase local businesses as destinations for staycations. “For the tourism industry, this has been devastating,” said Minto Schneider, CEO at Waterloo Regional Tourism. “It was bad enough when attractions had to close down. But when bars and restaurants closed, it was almost the nail in the coffin.” We spoke to Schneider in August about the campaign and a project putting picnic tables painted by local artists at destinations around Waterloo Region.

“What was everyone doing at the start of this – Netflixing, reading, live streams of musicians – everyone turned to art to get through this,” said Glodeane Brown, Programming & Operations Co-ordinator at Contemporary Art Forum Kitchener + Area (CAFKA). “That tells me the value of art.” Brown would know. From her work with CAFKA to her local artists' profiles on Culture Fancier, Brown sees the impact of art in our community every day. In September, CAFKA released “Spell for the End of the World,” an animated visual poem with words and art by Laura Watson and animation by Ken Cooper.

We knew in October that there wouldn’t be any holiday parties this year. We profiled three local businesses that provide employee engagement services in these physically distant, remote-work times. One of those services is Stroll Walking Tours that provides guided educational tours exploring themes like the history of the 1918 pandemic here in Kitchener. “The more closely we’re connected to the things that affect our daily lives, like our neighbourhoods, the more connected and engaged our daily lives are,” said Juanita Metzger, owner and operator of Stroll Walking Tours. “That is an essential element that we need for well-being – to be connected to the place that we live and the people who live near us.”

In November, we headed to Cambridge to learn about the rare Charitable Research Reserve. The reserve has over eight kilometres of trails open to the public and land used for both research purposes and as gardens for local food banks. Toronto-based Fiix has been a corporate partner of rare for several years. We spoke to them about how their employees engage with rare as part of their corporate social responsibility program.

If you have a story idea about how tech, art, charities and culture in Waterloo Region intersect, let us know – we’d love to share them.

Alex Kinsella is a content marketer and writer in Waterloo Region, Ont. He's behind TL;WR, the region’s events newsletter, and has worked with some of Canada's best-known tech companies in a multitude of roles. His work has appeared in BetaKit, Grand Magazine, Community Edition and other publications.
Spot It app adds features to enable food bank donations for holiday shoppers
News home
Inspiration to get through the winter