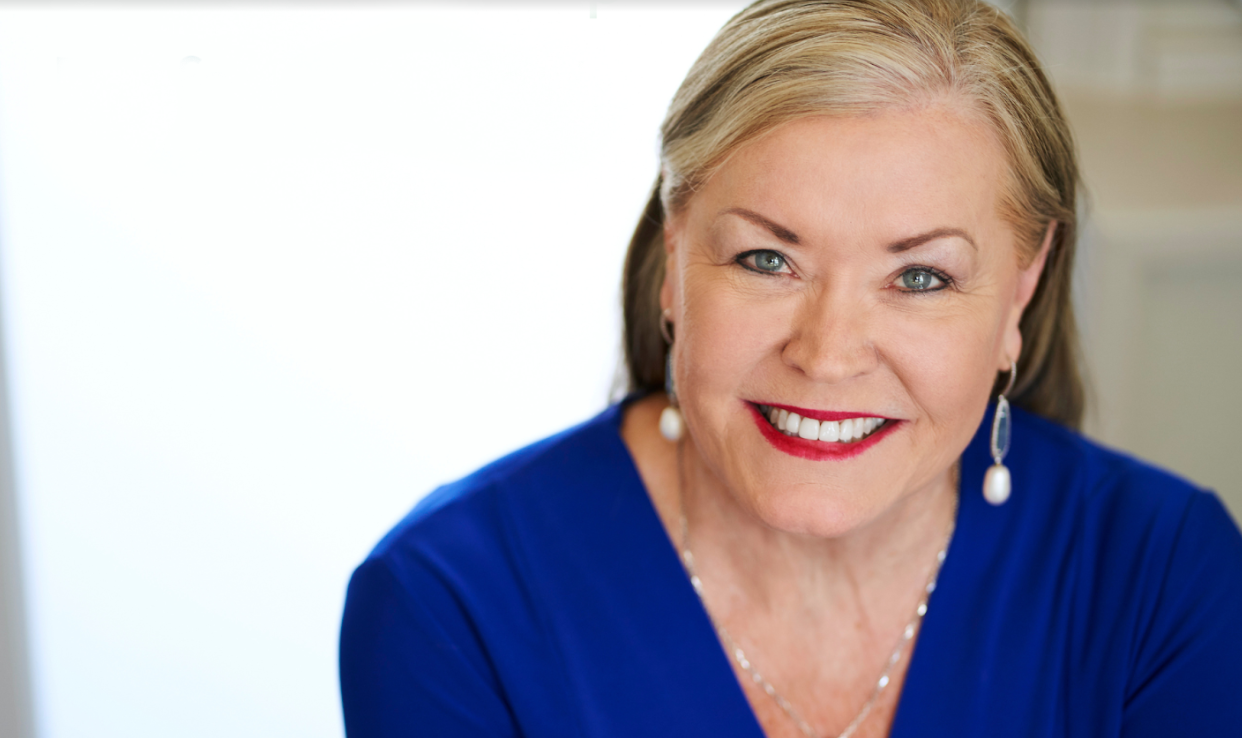 Profound Impact is a woman-founded startup that helps educational, research and community organizations measure the impact of their programs to help inform their strategy. Sherry Shannon-Vanstone founded the startup in 2018 after she completed the sale of her previous startup, TrustPoint Innovation, to ETAS GmbH.

Shannon-Vanstone said she had planned to retire but found inspiration while working on completing a book that her sister was writing about Shannon-Vanstone's late husband and co-founder, Dr. Scott Vanstone. Scott Vanstone was a professor at the University of Waterloo and would visit high schools to identify potential students and recruit them to the University. He also co-founded Certicom, a cybersecurity firm later acquired by Research In Motion (now BlackBerry).

"He had this really innate ability to find talent, even before the individual understood that they had talent in mathematics. My sister started interviewing people for the book and when I retired, she sent everything to me and told me to finish it," Shannon-Vanstone said.

Early in the writing process, Shannon-Vanstone said she realized the project was bigger than simply her husband's work. Instead of focusing on his impact, she decided to focus on the global impact of University researchers and alumni.

"We started with looking at the university's worldwide impact and that's where we started to ask, 'How do you measure an organization's impact?' That's how Profound Impact was founded, to figure out how you measure the collective impact and provide feedback. It creates a loop to inspire future collaboration and create more impact," Shannon-Vanstone said.

University of Waterloo graduates and professors have founded or been part of many of Canada's biggest tech successes, including Vidyard, OpenText and ApplyBoard. But while those contributions are easy to see, Profound Impact looks at the impact of graduates and co-ops in organizations worldwide.

"Where are past co-ops today? Where are the graduates from 2010? What has their career trajectory been? Once we have that, we can provide a feedback loop to gain actionable insights," Shannon-Vanstone said.

"Organizations give us their internal data, we aggregate it with public data and then we're able to gain insights that they don't have the time or could not do on their own," Shannon-Vanstone said.

Profound Impact also works with community organizations and nonprofits to help them identify their program impact and provide feedback to improve those programs. They're currently working with Capacity Canada on a project to examine how minorities succeed or don't succeed on charitable boards.

"We're looking at what barriers the organizations face when they work to recruit more women and minorities to their boards. Those barriers could be unconscious biases or even physical barriers that create accessibility issues," Shannon-Vanstone said.

Their platform has provided some unexpected insights—along with new questions. Shannon-Vanstone gave the example of women's career trajectories.

"We looked at how often people change roles and companies and how quickly they're promoted. Women in their early stages are promoted faster than men, then they hit a point and men start to get promoted higher. These are the nuances and the clarity that we can get to with the data. It's all about the data," Shannon-Vanstone said.

Another area that Profound Impact looks at with companies is the impact of their alumni networks.

Shannon-Vanstone said that even though Profound Impact is only four years old, they have been able to leverage its alumni as ambassadors for recruiting new employees and promoting Profound Impact as a business.

"We give them a huge opportunity to learn new skills and when they leave, we want them to think of us as a great place to have worked at. They become an ambassador for us and maybe they'll even come back to work for us again in the future," Shannon-Vanstone said.

Last year, Profound Impact launched its Impactful Actions Award. Profound Impact presents the annual award to recognize individuals making a profound impact on the global community by inspiring collaborative solutions to complex problems. In 2021, former University of Waterloo President Dr. Feridun Hamdullahpur was the award's inaugural recipient. Nominations for this year's award are open until July 20. This year's award winner will be announced on Sept. 14.

"The nominations can cover any area, from social impact to innovation impact to business impact," Shannon-Vanstone said.

With the launch of the inaugural Team True North roster, measuring the impact of Canadian-made Tech For Good has never been more critical. Shannon-Vanstone said Canada is the place to build something with social impact at its core.

"That was one of the reasons I left Silicon Valley. I wanted to build a company from the start where culture, corporate responsibility, and social impact were the foundation of the company."

As you get ready to enjoy Ribfest, I see and hear that…Kitchener Public Library hosts New York Times bestselling thriller author Kathy Reichs in conversation with Kayleigh Platz for their 85 Queen Series this Thursday, July 13 at 7 p.m. The UW A Cappella Club are hosting their 2022 End-of-Term Concert on Friday, July 15 and Saturday, July 16 at 7:30 p.m. in the Modern Languages Theatre of the Arts. Last but not least, rare’s annual butterfly count is this Saturday, July 16 from 9 a.m. to 3 p.m. They’re looking for volunteers of all ages.

Alex Kinsella is a content marketer and writer in Waterloo Region, Ont. He's behind TL;WR, the region’s events newsletter, and has worked with some of Canada's best-known tech companies in a multitude of roles. His work has appeared in BetaKit, Grand Magazine, Community Edition and other publications.
PointClickCare's value rises to US$5B
News home
PEER Group employees recognized for contributions to the semiconductor industry