Data management is a ‘team sport’ 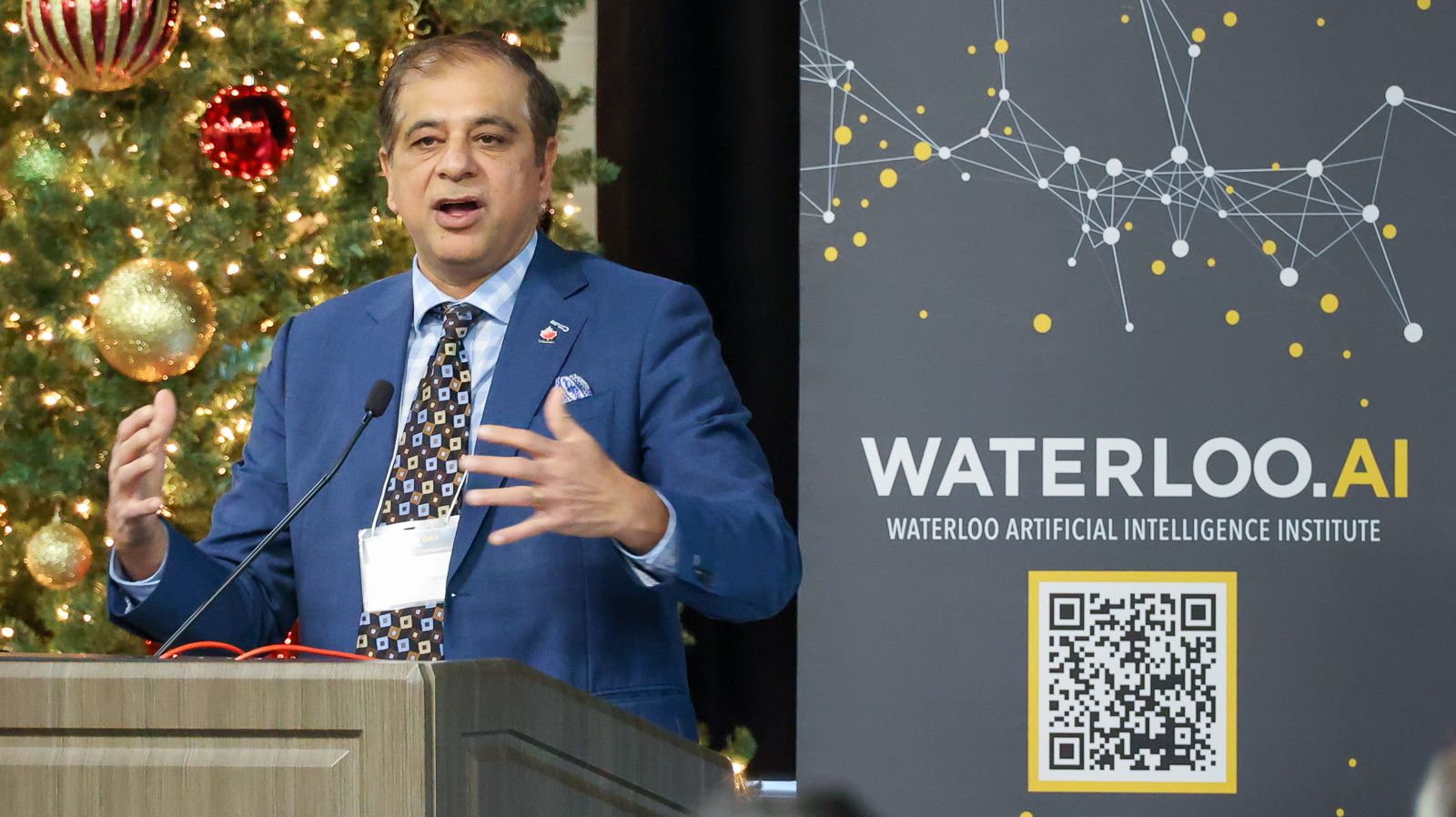 Setting standards to govern the sharing and use of data is a crucial step in protecting privacy, building trust and using artificial intelligence for good, says Anil Arora, Canada’s Chief Statistician and head of Statistics Canada.

“We are in a data revolution,” he told a gathering at the University of Waterloo. “Data is truly the currency of tomorrow.”

The event – a day-long conference called Data: The Fuel for AI – was organized by the Waterloo Artificial Intelligence Institute and Communitech.

The topic couldn’t be more timely.

Given its dependence on large data sets, AI has sparked a heated debate about such things as privacy, the ethical use of data and “data bias” – the reality that some elements within data sets are either overweighted or overrepresented, yielding skewed predictions and conclusions.

Bill C-27 is a current focal point for the debate in Canada. The bill, also known as the Digital Charter Implementation Act, is intended to “strengthen Canada’s private-sector privacy law, create new rules for the responsible development and deployment of artificial intelligence (AI), and continue advancing the implementation of Canada’s Digital Charter.”

In his keynote address, Arora said Bill C-27 is one part of a larger effort to modernize Canadian data law and work toward common standards when it comes to the sharing and use of data.

The overarching goal, he said, is to find a balance between privacy protection and the benefits of sharing data with society, academia and industry to fuel innovation.

“Standard setting is a really important space,” Arora said. “Imagine if we didn’t have a standard for our plugs and electricity, and what’s safe or not? In the data world, this is the harsh reality right now, that we need to work on this.”

Throughout his remarks, Arora emphasized the need for collaborative partnerships between government, industry, academia and society to develop common standards for the sharing and use of data.

In a panel discussion, Arora acknowledged that Canada is behind some other countries and jurisdictions. But he described the process of developing data standards as a “messy art” that’s complicated by the rapidly evolving nature of technology and the need to balance principle-based standards with legislation that doesn’t “straitjacket” industry from using AI to solve pressing social problems.

Compliance starts with employee awareness, replied Al-Halimi, a UW grad with a PhD in computer science. She went on to explain that staff need to know the rules and obligations around data access, and the company’s processes for maintaining the security of data.

Responding to a related question, fellow panellist Jimmy Lin – a UW computer science professor and Co-Director of Waterloo.AI – said universities need to do a better job of teaching students about the ethics of data management and the responsible use of artificial intelligence.

“This is completely lacking in the training of our graduate students, and this is one of the things that we’ve been trying to rectify at the institute level and in the Waterloo Artificial Intelligence Institute,” said Lin.

Asked about how to defend against data tampering, Lin said it starts with educating students about data ethics and the responsible use of technology.

Arora agreed that it boils down to making sure that those who work with data are kept up to date on expectations, obligations and potential risks.

“In the government we face the same kind of challenges, and at the base of this is expertise,” he said. “It starts with building the capacity and the knowledge within governments. We can’t have a system where those that are building these all-season rules and so on understand even less than those who are actually creating (the technology).”

Arora said a lot of progress has already been made toward developing standards. He pointed to the work of the Canadian Data Governance Standardization Collaborative, a partnership of more than 200 representatives from government, industry, academia and other groups that first convened in 2019 and is working to accelerate the development of standardization strategies.

“It's actually happening already, we're building that capacity, we’re starting to see it come alive,” said Arora, who co-chairs the group. “It’s a big challenge but I think we’re up to it.”

Kevin Crowley is a Staff Writer for Communitech News. He is a Michener-Award-winning former newspaper journalist with the Waterloo Region Record, and former Director of Communications and Public Affairs at Wilfrid Laurier University in Waterloo, Ont.
M-Theory: Twitter and the fragility of communities
News home
Roundup for November 2022