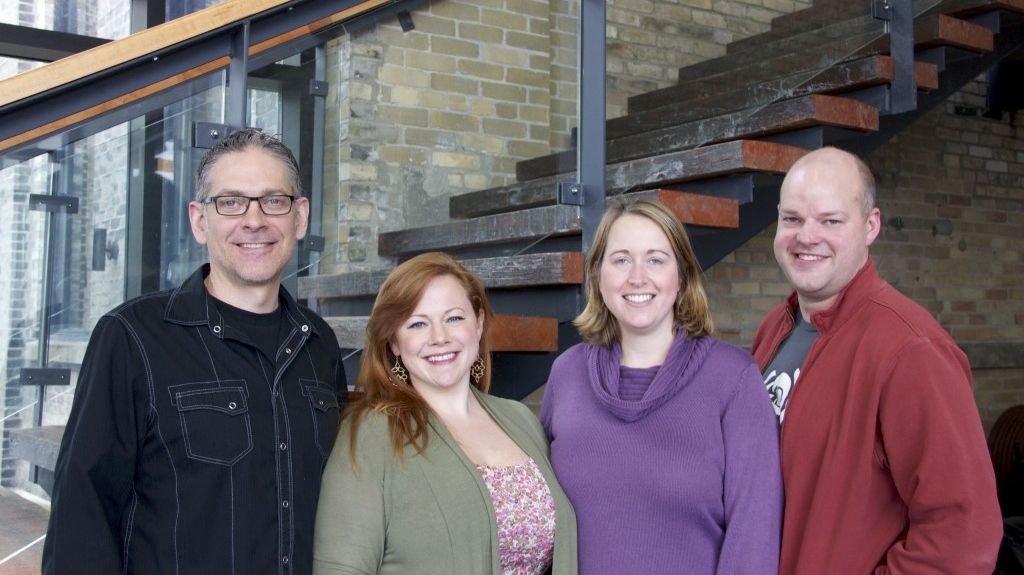 
We all know relationships lead to success, no matter how technical our world becomes. Opportunities are presented and honed by people. For many small companies, building a team and hiring the right employees is not only important, but also critical to the success of the company. Ideally, these employees will fit the company dynamic and build a naturally beneficial relationship that leads to success.

Cream.HR does just that. Located in the Communitech Hub, its employability software helps to connect employers with potential employees who fit the company culture and position.

But what does Cream.HR itself do when it realizes it needs to hire a top executive, such as a chief marketing officer?

The two-year-old company found itself in that very position recently. Although it is growing, it reached a roadblock in generating new customers and realized it needed a marketing solution to reach clients more effectively.

The “capital efficient startup” – a new term they’ve adopted for strategizing how every penny is spent – needed a solution that was low-cost and low-risk.

“We needed somebody who really understood how to have a strategy in place and how to execute on that strategy. And that was the one thing holding our company back,” said Cream.HR. CEO and co-founder Caitlin MacGregor.

The solution found its way to her as she was about to board a plane on her first vacation in four years. She received an email from Communitech detailing the application process for the Embedded Executive Funding program, which helps growing technology ventures in Ontario to hire C-level or other senior-level executives.

These executives join small businesses to work towards specific short-term goals. They are funded through the Business Acceleration Program (BAP) to support entrepreneurs of the Ontario Network of Entrepreneurs (ONE).

When MacGregor was introduced to Geoff McMurdo, the pair instantly knew they were a perfect fit.

“It’s a great idea because the reality is, at the stage that a company like Cream.HR is in right now, it shouldn’t be spending a lot of money on an executive. This is perfect because it allows them to get someone who’s a little more seasoned,” McMurdo said.

After just one week with Cream.HR, McMurdo is confident he can proactively use his background working for both large enterprises and startups. His experience includes working with LG, BlackBerry, Sony and Mississauga startup Signifi Solutions.

“When you work for 20 years you make lots of mistakes,” said McMurdo. “The good thing is, you learn from all those mistakes."

As he explained, “The younger you are, the younger your company is. You haven’t had the time to make multiple mistakes to learn from, so experience helps, and then you come into a culture that’s all about great product and innovation, that’s a nice marriage.”

The pair also spoke to the fact that the program acts as a trial period, creating a win-win for the company and the executive. Cream.HR recently raised a round of funding and had more at stake. The team didn’t want to give up parts of their company in order to attract talent.

“You don’t take a huge portion of what you raise and put it into someone’s salary and hope that they’re going to be the silver bullet,” MacGregor said. “There’s just too much risk around that. [The program is] a way of both proving to each other that it’s the right fit; again, reducing all the risk so that you only have the benefit.”

Although the executive takes on some risk in terms of not making a salary comparable to what a corporation would pay, being involved with a thriving new company is a reward in itself.

Another benefit of the Embedded Executive Funding program is that the executive is physically working with the company every day for six months to fill gaps and find solutions, eliminating the need for outside consultants, which surprised MacGregor.

“He’s in the trenches with us. We have never had this level of feedback, insight and participation from an outside consultant. I didn’t realize how valuable that difference was,” she said.

McMurdo thinks the program can breed a mentality that allows an executive to come into a company as a stakeholder.

“The reality is you come in and you’re part of the company. You’ve got that feeling that you’ve got skin in the game,” he explained.

MacGregor highly recommends the Embedded Executive Funding program to other ventures looking to fill a high-ranking executive role, and is curious to see what positions other companies in the program choose to fill.

“You’d be crazy as a smaller company not to try to do this. It’s completely, absolutely the right thing that we needed,” she said.

“For the record, he did take our assessment, just like everyone else, and he was absolutely the right fit.”