The Series A round, led by New York’s RRE Ventures with participation from Montreal-based iNovia Capital, is the first outside investment Clearpath has sought since it graduated from Waterloo’s Accelerator Centre with $360,000 in angel funding in 2010.

Clearpath's raise is the third in as many months for a Waterloo Region growth-stage tech company. In January, video marketing software firm Vidyard announced a US$18-million Series B round led by Silicon Valley's Bessemer Venture Partners. Miovision, whose hardware and software helps cities reduce road congestion, followed up in February with a C$30-million Series B round led by MacKinnon, Bennett & Co., a Montreal merchant bank. 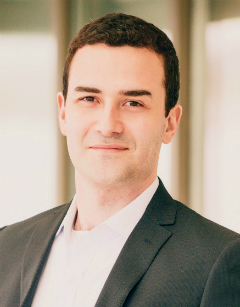 Matt Rendall, Clearpath co-founder and CEO, said the investment will see the company grow to about 150 employees “over the next year or two,” up from 85 today and about 35 a year ago.

“We couldn’t have asked for a better transaction, and a lot of that, I think, is because we’ve been operating our business for so long, we’ve got a model that works and we’re profitable,” said Rendall, who was a University of Waterloo mechatronics engineering student when he and three classmates started the company in 2009.

“The fact that you don’t need the money changes the negotiating dynamic . . . I think it’s a case study for other entrepreneurs who are contemplating bootstrapping versus raising capital.”

RRE, founded in 1994, has raised $1.5 billion across seven funds, and counts BuzzFeed, MakerBot, Venmo and Waterloo-based Kik among its more than 200 investees. Stuart Ellman, a co-founder and managing partner at the firm, will join Clearpath’s board of directors.

In a release issued by Clearpath today, Ellman said Clearpath “has the vision, talent and track record to lead the service robotics industry” as it expands its offering from rugged outdoor robots into manufacturing-based applications.

It’s a huge market, with McKinsey & Co. estimating that advanced robotics in health care, manufacturing and services could generate $1.7 trillion to $4.5 trillion per year in economic impact by 2025.

Of course, the use of industrial and service robots also means 40 million to 75 million full-time workers won’t be performing that work anymore, which raises an issue that has surfaced repeatedly since the Industrial Revolution: technological unemployment, as machines replace humans.

For Clearpath, which distinguished itself as the world’s first robotics firm to sign on with the Campaign to Stop Killer Robots last August, the move into industrial automation poses an interesting ethical question – and one that Rendall doesn’t shy away from.

“When the automobile was invented, it disrupted the horse-and-carriage industry. When we automated switchboards for telecommunications, all the switchboard operators went out of business,” he said. “Technology, throughout history, has created unemployment, but on the macro scale, it has made society a better place. It has improved our quality of life.”

“I think this idea that you can use robots to automate dull, deadly and dirty jobs, which is our focus, means that’s one less person who needs to work in a job where their life is at risk, or where they’re going to be subject to workplace injuries,” he said.

Just as the entire Clearpath team has discussed the killer robots issue, it will also grapple with ethical questions around industrial robotics, Rendall said.

“We’ve been talking about killer robots for years, almost since we first started Clearpath, so that we can build an opinion and a policy around it and make sure everybody in the company is thinking about it,” he said.

“We don’t want to be an evil corporation; we don’t want to steal people’s jobs. We want to improve the quality of life of people through the use of technology.”

As its operations expand on Strasburg Road in Kitchener, Clearpath plans to remain in Waterloo Region, where it has built 1,400 robots for more than 500 customers in 40 countries.

Asked what the region has meant to the company, Rendall said “it’s been critical for us.”

UW is what brought the co-founders to Waterloo, “but what has kept us here is the entrepreneurial ecosystem” and access to talented UW grads and co-op students, he said.

“But least tangible and most important is the sense of community here, where everybody seems to just want to help everybody else,” he said. “And when you contrast that against some of the other tech hubs like Silicon Valley – where you’re a small fish in a big pond and it’s an everyone-fends-for-themselves mentality –  there’s just much more of a sense of community and a sense of family in Kitchener-Waterloo.”

Infused with $14 million in growth capital, Clearpath is one of a growing number of small- to mid-sized tech firms looking to bridge what Rendall called a “huge gap” between the region’s flourishing startup scene and its tech giants like BlackBerry and OpenText.

“Hopefully, this is an early indicator of another company coming through the tech ecosystem in Kitchener-Waterloo to become one of the next tech titans for the region,” he said. “I would love nothing more than that.”

Anthony Reinhart is Communitech’s Editorial Director and a former newspaper journalist. He held staff writing positions at the Guelph Tribune, Waterloo Region Record and the Globe and Mail before leaving the Globe to join Communitech in 2011.
Who needs Silicon Valley? Maybe you do, maybe you don't
News home
Oregon taps Waterloo’s IMS to drive change to road-usage fees