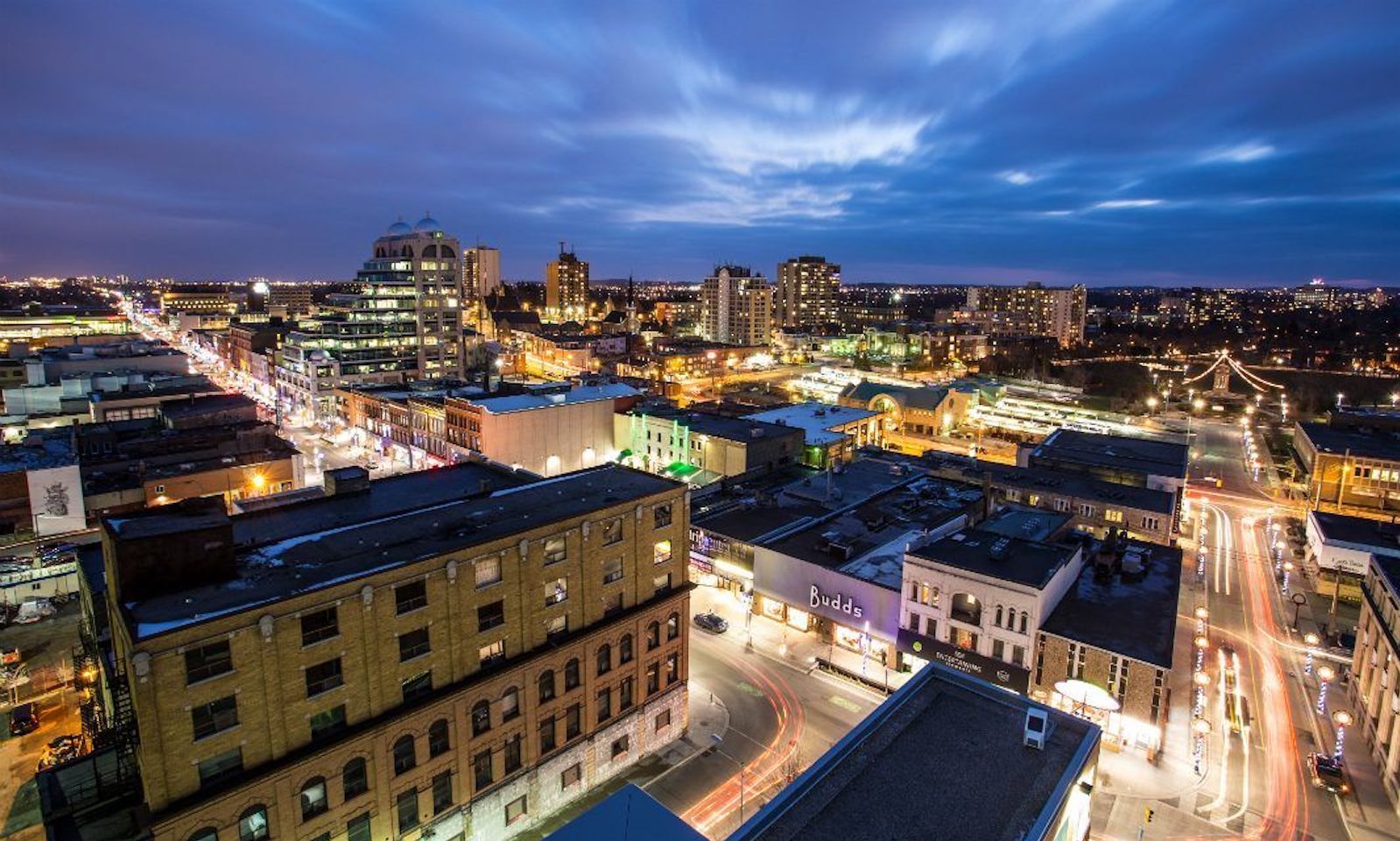 Kitchener, in the heart of Waterloo Region, is home to a growing number of tech companies. ( Photo: Matt Smith for Communitech. )

The Waterloo-Toronto corridor shines brightly in the latest CBRE Scoring Tech Talent report, which ranks the top 50 tech centres in the U.S. and Canada based on competitive advantage and appeal to tech employers and talent.

Waterloo Region was once again the top small market (under 50,000 tech workers), while ranking No. 24 on the overall list of 50 tech-rich communities.

Toronto was ranked No. 3 overall, behind only the San Francisco Bay Area and Seattle.

Toronto also had the highest tech-talent job growth since the start of the pandemic, adding 39,700 tech jobs between 2019 and 2021.

Three Canadian communities, including Waterloo Region, were among the top five hubs for "talent concentration" (the number of tech workers as a percentage of the area’s total workforce). Ottawa led the entire 50-member pack with 11.6 per cent, followed by the San Francisco Bay Area (11.4 per cent), Toronto (10.3 per cent), Seattle (9.9 per cent) and Waterloo Region (9.6 per cent).

“Tech talent concentration – the percentage of total employment – is an influential factor in how ‘tech’ the market is and in its growth potential,” the report said. “This sizeable concentration of highly skilled workers offers an environment conducive to innovation.”

According to the CBRE report, Canadian cities on the list had the following number of tech workers:

As well, the report found that Canadian hubs were the most affordable places to operate tech companies, in terms of office rent and wages.

“The CBRE Scoring Tech Talent report is further evidence that Canada is the best place on the planet to work in tech and to build big, awesome companies that are committed to 'tech for good,'” said Chris Albinson, CEO of Communitech.

Communitech recently launched Team True North, a data-driven initiative to identify, support and celebrate Canadian private companies that have the highest probability of reaching $1 billion in annual revenue by 2030. In addition to positive financial data, eligibility includes global ambitions and a commitment to “tech you can trust,” a major differentiator for Canadian companies in international markets.

Kevin Crowley is a Staff Writer for Communitech News. He is a Michener-Award-winning former newspaper journalist with the Waterloo Region Record, and former Director of Communications and Public Affairs at Wilfrid Laurier University in Waterloo, Ont.
New Audio CARL and CARL platform released by AHead Simulations
News home
Senso partners with Bellwether Community Credit Union