With precise controls over conditions, CASigrow chambers hold promise of growing just about anything, anywhere 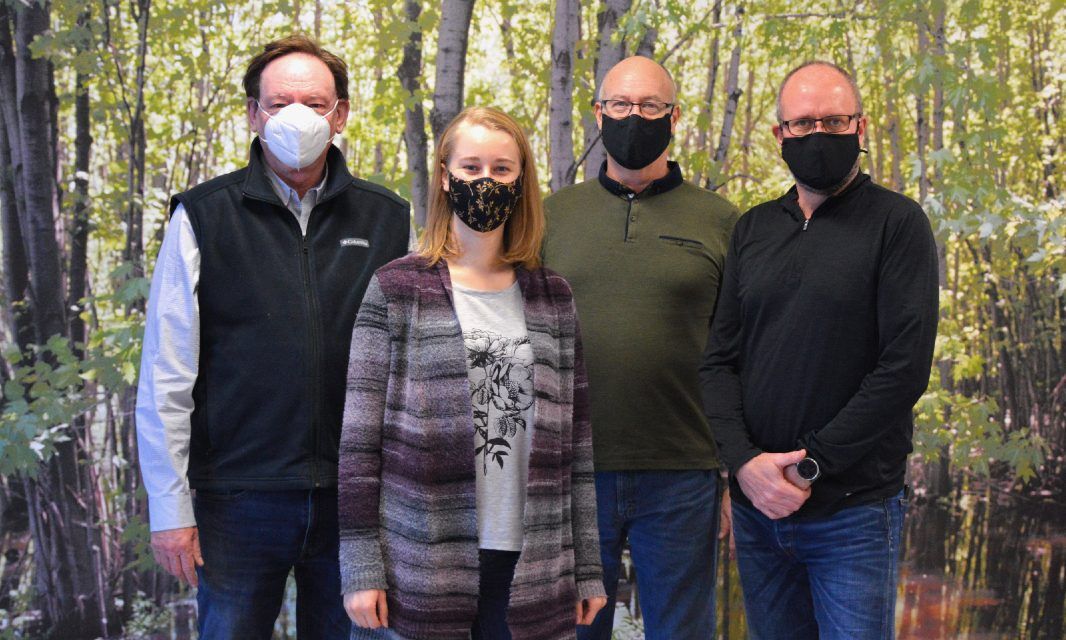 When Jim Clark developed osteoarthritis, he turned to medicinal cannabis for pain relief – but it was hard to find a reliable product with a consistent effect.

So Clark, an electrical engineer, set out to solve the problem himself. He developed a microclimate grow chamber for his personal use and began to experiment with ways to control various growing factors, such as light, temperature and humidity.

“We’re a technology company that integrates hardware and software to give growers more control over their product,” says Jeff MacIntyre, the company’s Vice-President of Business Development.

The result, according to CASi, is a precise and controlled growing environment that allows growers and researchers to experiment with, and later recreate, the ideal conditions to produce desired “chemotypical” – chemical makeup – outcomes.

“The CASiGrow system allows the grower to create a product that has the same quality and effect time after time,” says MacIntyre. “That’s extremely important for consumers of medical cannabis.”

Industry experts familiar with the CASi platform say it has a lot of potential, not just for addressing a significant gap in the medicinal cannabis industry but for growing a wide range of plants anywhere in the world – and perhaps beyond.

CASi was started in 2017 by Clark, Vice-President of Research and Development, and co-founder Bob Gilson, an entrepreneur who serves as CEO. The company operated out of a facility in Milton for two years but recently moved to Guelph to be closer to the University of Guelph, where it has consulted with researchers in plant cultivation and product authentication.

MacIntyre, an entrepreneur and lifelong Kitchener resident, says CASi has kept a low profile but is ready to promote itself more publicly. The company, which has so far been funded through family and friends, is preparing to fill orders and is working towards a Series A round of financing.

CASi sells two kinds of grow chambers: One is a research model that allows growers to divide the chamber into sections for experimentation with individual light, irrigation and fertigation recipes using the same clones or cuttings. Once the grower is satisfied with a “recipe,” the environmental formula can be uploaded to a production grow chamber, which is the second model CASi sells.

The size of both units is the same: five feet wide by four feet deep and four feet wide. The research model sells for about US$30,000 and the production chamber for US$15,000.

However, CASi is also looking beyond the cannabis industry. MacIntyre says its platform can be used to grow a wide variety of plants used in a range of industries, from natural health products to fragrances.

Industry experts say CASi is on to a good thing.

Lack of consistency in medical cannabis is one of the biggest problems for consumers and the industry, says Steven Newmaster, a professor of botany and genetics at the University of Guelph and a leading researcher of diagnostic tools for authenticating natural health products (NHP), including cannabis.

There are numerous reasons for such fluctuations but two stand out. First, cannabis is extremely sensitive to climate and other growing conditions, which can lead to variability within the same strain from crop to crop. Second, the legal cannabis industry is very young and commercial growers are still learning the importance of tightening controls over how they grow their product.

“So here is the challenge for the industry: We have a responsive plant to environmentally induced different phytochemistry, and we have a young industry, and if they don’t have tight controls on their agriculture in producing the plant you get a lot of variability in chemistry, even from one harvest, and that’s a problem,” says Newmaster, who has worked with a number of industry players including CASi.

He said the CASi system is “very attractive” because of the tight controls it gives to growers of cannabis and other plants, which allows things to be grown in the same environment anywhere in the world, and possibly beyond.

“It’s kind of futuristic having factories full of grow chambers that grow a plant; it’s the kind of thing you could grow in space or in a controlled environment,” says Newmaster. “I remember watching things like this when I was a lot younger and now it’s very real and you can do that. From a science perspective you can do that. CASi is on the cutting edge of this.”

Ken Weisbrod agrees that CASi is addressing a significant challenge for the medicinal cannabis industry.

As a pharmacist himself, and a veteran of the pharmaceutical industry, he said he was shocked at the wide variations permitted within the same brand of medicinal cannabis in Canada. When patients purchase a product sold as medicine, they expect it to meet certain standards of content and consistency, he added.

Weisbrod has worked with Newmaster and other scientists to bring more rigour to ensuring that producers can guarantee a consistent product that consumers of medicinal cannabis can rely on each time they purchase it. That means verifying where the product was grown and a more precise assurance of what’s in each dose.

Weisbrod, who continues to work for Shoppers as a consultant, says there is still “huge variability” in many products sold as medicinal cannabis. He has worked with a range of scientists, including Newmaster and the University Health Network, to find ways to better authenticate where products are grown and what’s in them. He also supports the use of blockchain technology to protect verified product-content information.

Like Newmaster, Weisbrod says CASi is addressing a significant need in the industry with a grow platform that can help cultivators ensure consistency and predictability in their products.

“I think what Jeff (MacIntyre) is doing is really great,” he says. “I’m really supportive of it.”

Kevin Crowley is a Staff Writer for Communitech News. He is a Michener-Award-winning former newspaper journalist with the Waterloo Region Record, and former Director of Communications and Public Affairs at Wilfrid Laurier University in Waterloo, Ont.
Year in review: Moving beyond 2020
News home
M-Theory: Social media and our collective health