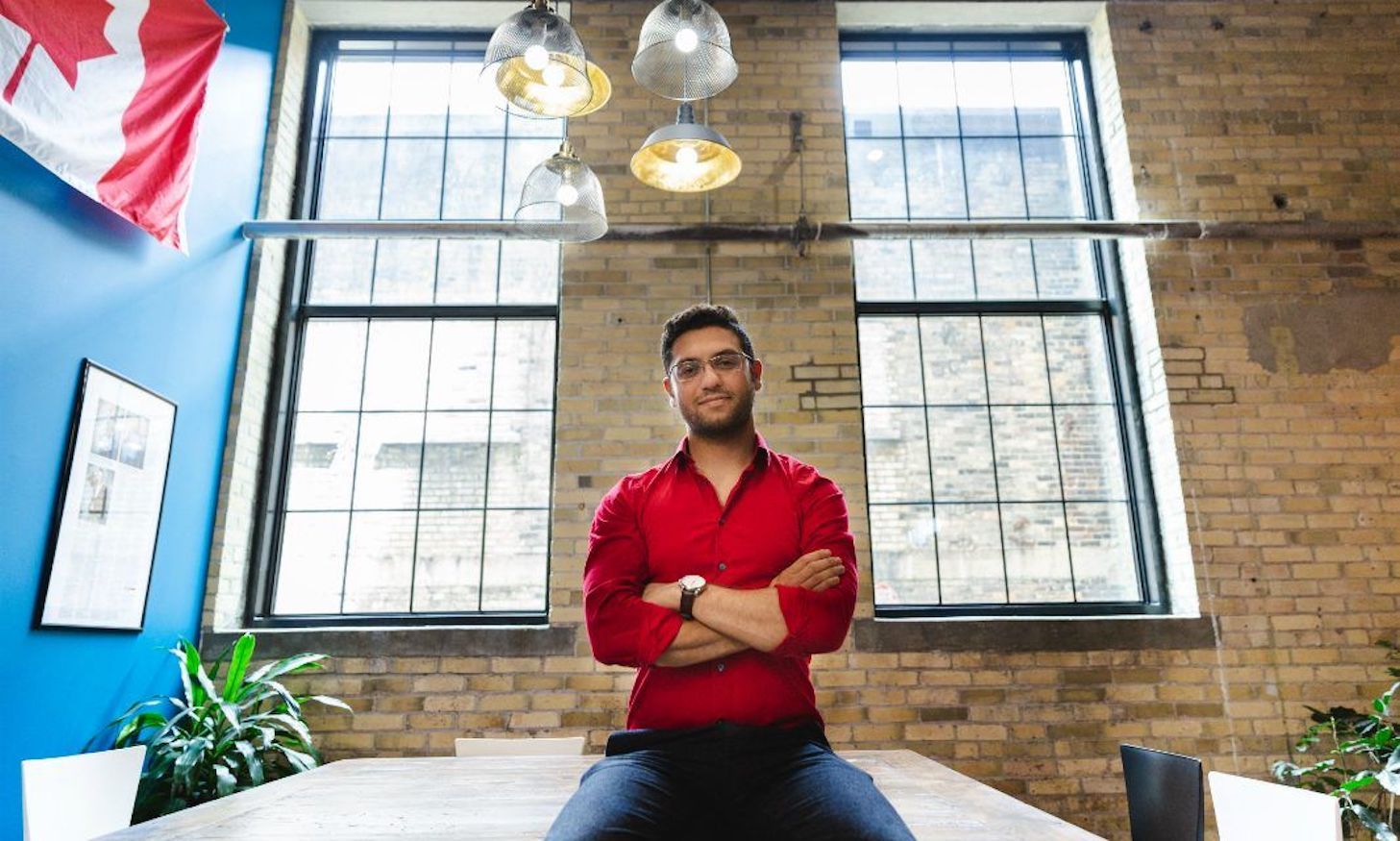 Martin Basiri is the co-founder and CEO of ApplyBoard. ( Communitech photo: Harminder Phull. )

Education technology company ApplyBoard is leveraging its student-document sharing platform to provide a secure proof-of-vaccination system that could be quickly activated to serve as a COVID-19 vaccination passport, the company says.

“We had this technology that is already being used to help verify hundreds of thousands of student documents,” said CEO and co-founder Martin Basiri. “We quickly realized that this technology is perfect for vaccine document verification at a fraction of the cost and is available now.”

The new tool – ShowMyProof.com – is based on ApplyBoard’s existing ApplyProof technology, which enables students and issuing authorities to securely share education-related documents during the process of applying to university, college and high school.

The passport tool has numerous attractive features, said Basiri. First, it draws the proof document directly from the issuing authority via a secure application programming interface (API). That way people can be confident that the document is official (the issuing authority would have to provide the API to ApplyBoard to allow access to documents). Second, it allows documents to be shared by a QR code or a digital link, which allows the flexibility of sharing documents in person or by emailing a link to the recipient. And third, it doesn’t require the user to install an app – the platform connects directly with an issuing authority’s existing systems via the secure API.

“It’s so simple and ready to use,” said Basiri.

ApplyBoard has posted a demonstration tool on its website. The next step is for government to agree to provide ApplyBoard with an API, or gateway, that allows the tool to access proof-of-vaccination documents for participating individuals, similar to the way that issuing authorities now provide APIs to ApplyBoard for sharing student documents.

Basiri said the ApplyBoard team saw the potential to adapt its student records-sharing technology for a proof-of-vaccination tool several months ago. But the team really set to work on a proof-of-concept model in the past few days, spurred on by a federal election promise to create a $1-billion fund to help provinces develop their own vaccine passports.

Basiri stressed that he is not trying to make any political statements about that promise or about vaccine passports in general. He just knows that the technology already exists and could be activated for a lot less than $1 billion.

“We didn't even think of the money,” he said. “We are a mission-oriented company, we are doing things to do good for the world. We didn't do this for profit, it’s our job here at ApplyBoard to build cool things, to help people.”

ApplyBoard was born out of Basiri’s personal experience as an international student applying to university abroad. He and his two brothers, Massi and Meti, each travelled to Waterloo Region from Iran for their post-secondary education. They launched ApplyBoard in 2015 after seeing an opportunity to streamline the search, application and acceptance processes for students wanting to pursue their education in a foreign country.

The company, an early participant in Communitech's former Rev program, has been wildly successful, raising hundreds of millions of dollars. In 2020, it became a tech “unicorn” – a private company valued at more than $1 billion. Two months ago, it announced a Series D raise of CDN$375 million – the largest single raise ever by a Waterloo Region company – and is now valued at CDN$4 billion.

Kevin Crowley is a Staff Writer for Communitech News. He is a Michener-Award-winning former newspaper journalist with the Waterloo Region Record, and former Director of Communications and Public Affairs at Wilfrid Laurier University in Waterloo, Ont.
How cyber secure is your organization?
News home
New York, Day 2: Leveraging Canadian connections