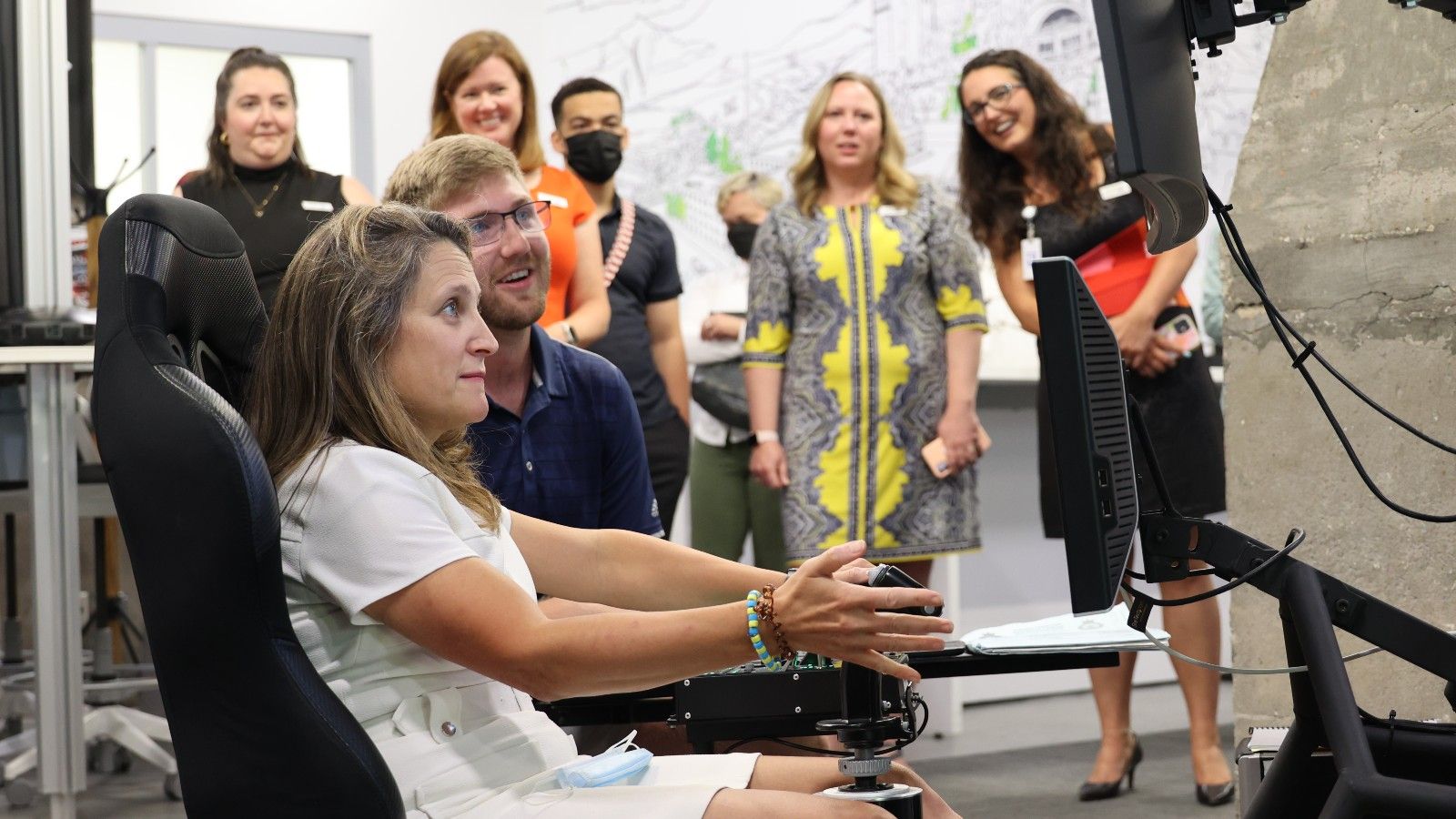 There’s an urgent need for Canada to begin a collaborative discussion around national security innovation, a roundtable meeting convened by Communitech heard this week.

“Canada is no longer a serious nation when it comes to national security,” said recently retired Brigadier-General Chris Ayotte, a 30-year veteran of the Canadian Armed Forces who served as Chief of Staff Army Strategy from August 2020 to July 2022. “We lack strategic guidance and enablers – no foreign policy, no national security defence strategy, and our procurement policy is tied up in the industrial age.”

The virtual roundtable attracted 50 representatives from a range of government, military, security, academic and private-sector organizations, including the Canadian Security Intelligence Service (CSIS), Canadian Armed Forces, the RCAF, and BDC Deep Tech Fund, among others.

The intent of the gathering was to kick off a much-needed discussion about modernizing Canada’s approach to national security, including the role that innovation and Canadian tech can play in that process, said Matt Bondy, Communitech’s Vice-President of External Relations.

The event also helped Communitech gauge interest in creating a national-security initiative based on its “future of” collaboration model, which the Waterloo-based tech organization has used successfully in both the municipal and health-care sectors.

Under this model, Communitech serves as a convenor that brings representatives from the public sector together with Canadian tech companies to identify priority challenges and find potential solutions.

“That’s what we’re looking to do now with the Future of National Security,” said Joel Semeniuk, Vice-President of Ecosystem Collaboration. “Our goal is to leverage our superpower to connect, convene and catalyze, to bring together all of our national partners… and leverage our national infrastructure to help expose and select and start solving big problems and begin that flywheel of change, using trusted Canadian technology.”

A number of recent developments have fuelled the urgency to modernize Canada’s national security. These include the Russian invasion of Ukraine, Chinese interference in Canada’s 2019 federal election, revelations that China operates at least five secret police stations in Canada, and concern over Canadian Arctic security in light of growing Chinese and Russian interest in the region.

Observers have noted that Canada is increasingly unable to participate in joint activities with its allies. The country is also being left out of key initiatives such as AUKUS, a trilateral security pact signed in 2021 between Australia, the UK and the United States to counter Chinese aggression in the Indo-Pacific region.

“Our ability to operate with our allies continues to diminish,” Ayotte told the roundtable. “And this is incredibly problematic for Canada because we have a contribution-warfare approach. We don’t lead on missions, we add to coalitions. And more and more, adding to a coalition means you have to be interoperable, you have to be able to plug in when you show up, and we cannot do that.”

But there is good news.

“I think that we have all the key elements in Canada we need to become a serious nation in national security,” he said.

Those elements include talented professionals throughout the national security sector, an eagerness to modernize through innovation, “an incredible tech sector that can help solve problems for us and deliver dual-use technologies,” and encouraging signals from the federal government.

“We are starting to see commitments that, if honoured, are going to drive change,” Ayotte said, citing “the recently released Indo-Pacific strategy, our commitment to the U.S. to NORAD modernization and continental defence, and the increase of our (NATO) commitment to Latvia with a brigade headquarters to start operating in 2024.”

Following Ayotte’s address, roundtable participants provided observations and shared insights from their organizations’ perspectives. Semeniuk also led the group through an exercise to identify national security challenges that might be resolved through innovation.

One was the recruitment and retention of talented, tech-savvy personnel. Another was the need to streamline and innovate procurement processes. And a third was the desire to improve collaboration and communication among the many players – both public and private sector – involved in Canada’s national security.

To continue the discussion, Communitech plans to work with participants to establish a list of priority challenges and then develop a Future of National Security forum to bring public and private-sector representatives together to explore solutions.

“We want to turn this into a reality because there’s some important work to do for Canada and we think that this is the group to do it,” said Communitech’s Matt Bondy.