RoadLaunch & the rise of connected freight 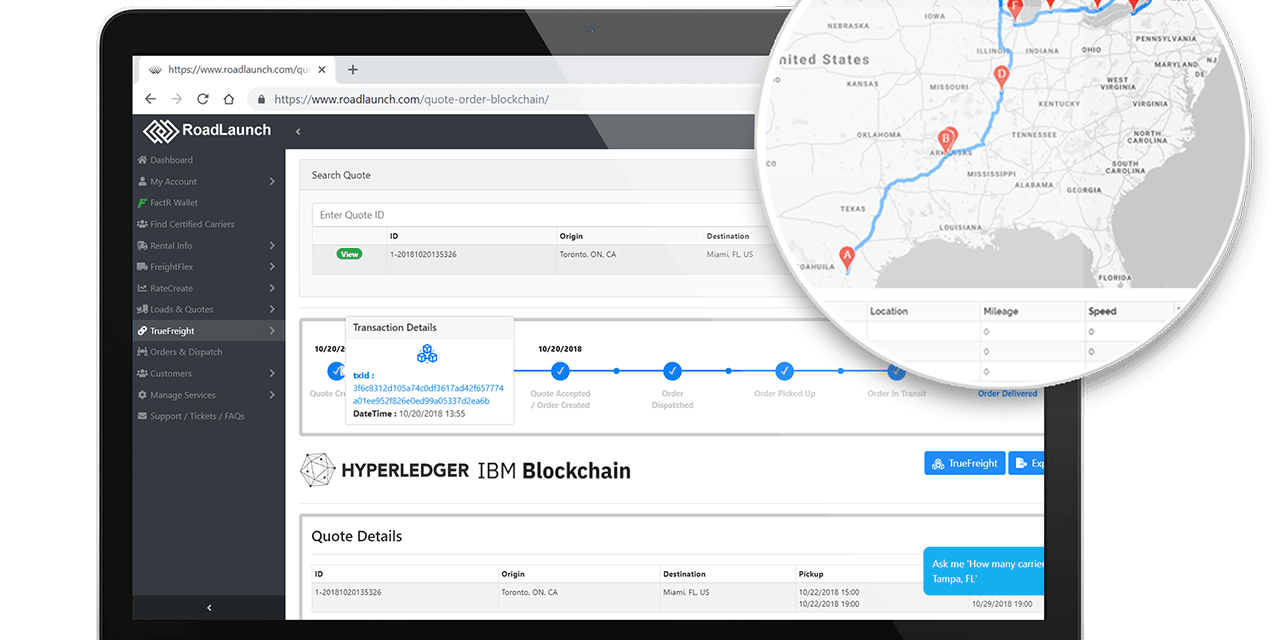 When the global 5G network begins its inevitable rollout, RoadLaunch will be ready.

The Paris, Ont.-based ground freight logistics management firm has used a regional research and innovation program to develop a 5G data streaming service that will allow real-time monitoring of high-value and high-risk cargoes for its global clients.

The program is the Evolution of Network Services through a Corridor in Quebec and Ontario for Research and Innovation (known as ENCQOR 5G), that supports 5G demonstration projects at five locations in the two provinces, including one at the Communitech Data Hub in Waterloo.

RoadLaunch successfully applied to the program and pledged $50,000 towards its participation, which was matched by the Ontario Centres of Excellence (OCE), to develop software to stream high definition video data from mobile units to base stations, where it can be searched and analyzed on the basis of source and time.

The capabilities of RoadLaunch were enhanced by adding a smart contract system – called FactR – that uses blockchain to allow trusted financial settlements between companies, even across borders.

RoadLaunch says it has automated up to 95 per cent of the work involved in assessing load capacities and processing payments.

It was a query from a potential South American client that led RoadLaunch to apply for the ENCQOR 5G testbed at Communitech – that, and his attendance at an OCE event last year where “everyone was talking about 5G and the connected car, and they said, ‘Cory, RoadLaunch might want to put in an application,’ and everything aligned.”

The query was from an armoured truck service. Trucks carrying cash and securities have several compartments and each compartment has a camera. Currently, this information is recoverable after the fact, much like the data that can be recovered from an airline flight data recorder. That can be a slow and tedious process. How could companies have real-time access to this data?

The answer is 5G.

Mauro Rossi, Director of Advanced Technology Platforms for Communitech, says the appeal of 5G is based on three pillars: increased bandwidth; the number of devices that can use that bandwidth; and the reduced lag time in sending signals. The need for a dependable 5G network is obvious in the world of autonomous vehicles, where thousands of vehicles will be interpreting their environment and communicating with each other, but 5G is just as vital to the real-time access of video feeds from dozens of armoured trucks carrying bags of cash, as well as hundreds of tractor trailers carrying critical loads.

In fact, says Rossi, while much of the evolution of mobile devices has had a consumer focus, 5G creates new business-to-business (B2B) opportunities in sectors such as health care, agriculture, insurance, finance, manufacturing and other sectors where fast, secure and high-speed data transfer is currently limited by 4G/LTE technology.

Rossi says RoadLaunch is a good example of that B2B use-case. In the past, when an armoured truck was stolen, all the data in its on-board cameras was destroyed. With real-time streaming to a secure server, no data will be lost. “An interesting side benefit is that these security companies will be able to get better deals on insurance because they now have this extra security feature,” Rossi says.

The 5G testbed is open to any small-to-medium-sized enterprise in Ontario. Rossi says Communitech’s role is to seek users for the testbed, whether they want to go through the ENCQOR 5G application and funding process, or they just want some “sandbox time.” It’s an opportunity for an early stage company to see what is possible, to see what barriers they face as they move beyond LTE mobility – an opportunity to lead, rather than follow.

And RoadLaunch is already thinking about using its 5G capability for more than freight. Skinner says, “This system could even be used for police for dash cams. Anywhere you have a vehicle where you want to transfer that data and have it be trusted and transparent, this is a problem that we can help to solve.”

Skinner says that the enhancement of RoadLaunch would not have been possible without the 5G testbed at Communitech and the funding from the OCE: “Now we have something that probably no one else has.”

“For us, it’s a good use case. If the police came to us tomorrow and said, ‘Do you have a way for us to track camera data, on body or dash cam, and send that to a dispatch vehicle?’ the answer to that is 100 per cent ‘Yes,’ so how cool is that?”

Bill Bean is a freelance writer, editor and content producer in Waterloo Region, Ont. He has worked at newspapers including Ottawa Today, the Edmonton Journal and the Waterloo Region Record. He is also a certified Can-Bike cycling instructor.
Intellizence leverages data and AI to power market intelligence during COVID-19
News home
Bringing more opportunity to women founders in Canada